When I was twelve years old, I was at a friend’s house with a couple of classmates. The four of us were roaming the rural property, which belonged to my friend’s grandfather. We climbed through cars in an abandoned junkyard, tested our balance on some railroad tracks, and explored the surrounding woods. My friend’s grandfather worked late, so we had the house to ourselves. Eventually, we went into the house for a break. I noticed a tall wooden cabinet with glass doors in the corner of the room. Inside, I could make out several guns, ammunition, books, and a ceramic mallard duck figurine. We did what twelve-year-olds do. We explored. My friend told us it was safe. She knew what she was doing since she watched her grandfather clean them occasionally. Reassured, we began with the rounds. 9mm, .45 ACP, .22LR, .357 magnum, etc. There were no locks on the guns, so we proceeded uninhibited. While examining whichever guns caught our eyes, we discussed which kind of pizza we’d order for dinner. “Pepperoni?” We pulled bolts back and forth, released magazines, and switched safeties on and off. “No, I want sausage.” We peered into barrels, all the while believing that we’d seen enough action movies to know when a gun was loaded. “I want just cheese.” I picked up another rifle. Bolt action. I removed the scope cover, struggling to sustain the weight, shouldered it, set the sights on the mallard duck figurine, and put my finger on the trigger. “Pablo, wait!” I was already squeezing.

After immigrating from Colombia, my parents moved around before settling in Marion, Illinois, where I grew up. After college in St. Louis, MO, I started medical school in Bronx, New York. Living in different regions, I’ve heard many views regarding guns. In Colombia, they are tinged by historical associations with terrorism and trafficking. However, the issue of gun ownership in Colombia exists more or less unruffled. It’s first mentioned in the 223rd article of the constitution. In the United States, it’s 2nd. Where I grew up in Illinois, the topic occupies a space of general approval. Some people own guns, some don’t, but they’re often seen as fun, useful, and there to stay. Amongst my peers and colleagues in medicine, the topic of guns elicits more disapproving reactions. They are associated with mass shootings and tragedies. In medicine, guns are merely an unnecessary risk. While there is variation within these communities, this cursory account of common geographic convictions serves to say views differ greatly.

Clinicians and patients need to be able and willing to work through these differences. It can be empowering to hold a view when affirmed by fellow proponents, and it inspires people to voice that agreeable view. It’s difficult, however, to offer an unpopular view. In medicine, some of us have made gun ownership unpopular. Some have advocated for its acceptance, but many of us have vilified it. A problem arises when biases from whatever side you fall on creep into professional interactions. That’s largely because every now and then, patients stretch the truth to make a better impression. Have you ever doubted someone’s reported alcohol intake?

As clinicians, it’s helpful to gather true information about our patients. Whether or not that happens depends largely on how clinicians build trust. If a clinician is pro-guns and makes it known tactlessly, a patient may dishonestly claim they own guns as an appeal. However unlikely this seems, the risk is discussing firearm safety with a patient who may never lay eyes on one. The opposite scenario is voicing anti-gun views tactlessly with a patient. The risk here is failing to discuss safe firearm practices with them if they dishonestly deny owning guns. I argue this scenario is higher risk and easier to imagine. There is no harm in holding convictions, but even the most nobly intended comment about public health initiatives may be misinterpreted for such a heavily politicized issue. Any sign of a clinician’s moral endorsement of a particular side may alienate patients who fear judgment.

It’s no secret that bias rears its head in clinical encounters, and we must acknowledge where our reservations limit us. We otherwise risk feeling at odds with our patients when their response is, “Sure, I love guns. I own hundreds,” or we risk never asking about them at all. Furthermore, clinicians who have never been educated on safe firearm practices may lack the knowledge to teach about them. A culture in which clinicians morally judge patients’ practices fosters a culture of not hearing about them. We don’t cast people out who don’t take their high blood pressure medications. We do our best to understand why they don’t. If we want to protect our communities from being harmed by guns, it helps connect with the people who own them. We cannot let the medical discourse resemble a political debate floor. Our role is to promote wellbeing. This requires reconciling differences while modeling collaborative discussions about difficult topics.

That summer Saturday ended uneventfully. “I thought it was loaded. We should really put these back. Grandpa will be home soon.” We closed the cabinet and ordered a pepperoni pizza.

I shudder when I consider the ways this story could have turned from one that I seldom tell into one that I wouldn’t be able to avoid telling, or one told by others in memoriam. Whether fueled by personal experience, political rhetoric, or any other reason, some people are reticent when guns are brought up. With so much political disagreement about how to manage the situation, tempers can rise. My view is that gun ownership is permissible, but that negligence isn’t. Clinicians and patients must understand each other and foster dialogues, not just about the classics we all love like blood sugar and cholesterol, but about contentious issues that our patients and their families encounter and may need help navigating. People own firearms. Clinicians have a unique opportunity to help them do it safely.

Pablo Cuartas is a medical student. 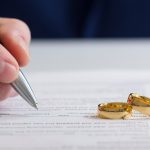 People own firearms. Clinicians have a unique opportunity to help them do it safely.
2 comments