As a physician working in acute care medicine, one of the biggest delights of my job is regularly still having patients from the Greatest Generation. In the United Kingdom, I really enjoyed sitting with them and hearing their stories of mandatory city evacuations during World War 2, rationing, the Blitz, and the huge struggle to rebuild a devastated country after 1945. Visiting my grandparents in India when I was a child, I would hear stories about the Freedom Movement and the huge marches with Gandhi that would take place. And since moving to the United States, I sit captivated when my patients are telling me tales of the Great Depression, where they were when Pearl Harbor happened, their service in Europe or the Pacific—and couples who tell me stories about how they met right before the man was sent off to war. If I have a spare few minutes during the day, I always make it a point to go sit with these patients and hear their recollections. That generation amazes me in so many ways, and I regularly remark to them about how easy we have it now because of their sacrifices. Thank you to them all.

Hitting the end of the millennial generation myself, I frequently despair at some of the things the younger generation chooses to get worked up about and view as the end of the world. I often wonder to myself what the older generation must think as they look at our peacetime first world issues today. I did see a great meme online recently superimposing two powerful images with the words: 75 years ago, our 18-year olds were storming the beaches of Normandy, and now they are demanding “safe spaces” in case they so much as even hear an alternative point of view! The Greatest Generation endured suffering and hardships that are unimaginable to people living today, and have a very different attitude and outlook on life because of it. Sure, you will get unpleasant people and asses in every generation, but having talked to and met thousands of elderly people, there is a very different palpable mindset. (To be honest, given a choice of having dinner with a group of people my own age or sitting with a group of elderly folk who are imparting their knowledge and wisdom on me, I would pick the latter any day!)

By far the biggest change, which pervades everything—from the attitude in school, progressing through our careers, to how we view the wider world in general—is this: The broad concept of duty has been replaced by the concept of rights. The Greatest Generation, and dare I say many generations before—had a huge collective sense of duty. What is my duty to my family and my country? How can I live a life that fulfills this duty? And I will not flinch if I am called upon to perform my duty over my own interests. The modern generation is quite the opposite—not all individuals, but collectively, the first question we ask nowadays is: What are my rights? What is owed to me? What should I get just for showing up?

This broad mindset is almost omnipresent on social media and mainstream news. It’s never: What do I have to give, to get what I want. But rather: What is my right, and what am I entitled to? This is, of course, a load of nonsense. Nobody is owed anything in life, apart from the basic human rights enshrined in the law at any given time. None of us is owed an education or a first-class degree, just for attending classes. None of us is owed a series of promotions, just for coming to work every day. And none of us is owed vast sums of wealth and luxury, just for going through the motions. It’s damn hard work and discipline to get to where we want.

We are actually unbelievably lucky to be living in 2020 America or Great Britain. Not only our historical ancestors, but most of the world today would turn green with envy at our everyday lives. Yes, we have problems to solve and injustices to rectify, and if we feel that way: Let it be our duty to work to solve them. A duty is an obligation; a right is an entitlement.

Year by year, the Greatest Generation is dying out. It’ll really be our loss once they leave us. We should learn from them while we can.

It is time to acknowledge the caretaking abilities of men 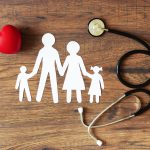 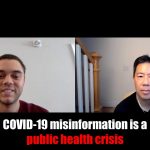 The Greatest Generation is dying out. It’ll really be our loss once they leave us.
2 comments