Recently, President Biden introduced legislation that would provide federal funding for paid parental leave for all parents for up to 12 weeks.

As a pediatrician and hopeful soon-to-be parent, I am ecstatic. The American Academy of Pediatrics (AAP) has long advocated for a minimum of 12 weeks of parental leave to promote the health and well-being of both the parent and child. Yet it is estimated that 84 percent of women in this country do not have any paid maternity leave, and nearly 23 percent of women return to work within 10 days of delivery.

The health benefits of paid parental leave are undeniable. Paid time off has been shown to decrease infant mortality rate, promote parental bonding and increase on-time checkups and vaccination rates. It also encourages mothers to continue exclusively breastfeeding for 6 months, which is the recommended target given substantial evidence that human breast milk confers unique health advantages.

The non-health benefits of paid leave are equally substantive. It has been shown to reduce racial disparities by providing support to parents of color who historically take less family leave due to economic hardship. Paid leave can also reduce the gender gap in the workplace. In the absence of such policy, our society thrusts the role of the homemaker on the mother and promotes an antiquated belief that one parent should largely assume child care. Research from individual states with such legislation has shown that women are more likely to return to work if provided with paid leave. Despite all this, the U.S. is the only industrialized nation that does not have a federally funded paid family leave policy.

Admittedly, until many of my colleagues began having children, I had assumed (incorrectly) that doctors would be among the few that are provided paid time off by their employer. While some physicians do obtain several weeks of paid maternity leave, the policies for family leave (if they exist) are far from standardized.  As many as 73 percent of female physicians do not feel they received adequate time off following the birth of their child.

As is true in other industries, paid leave for physicians is often pieced together with sick days, vacation days, and short-term disability benefits (if eligible).  Even with this piecemeal strategy, many female physicians, like other working mothers, do not have enough sick time or accrued paid time off to cover 6 (let alone 8) weeks off.  The situation is even more dire for non-birth parents, including partners and couples who choose adoption or surrogacy, who are often not covered by these “medical” loopholes that provide some paid leave to birth mothers.

What’s more, the language used (read: “sick,” “disability,” “vacation”) to allow for any paid time off is indicative of this country’s failings and should never be used to describe the early days of child-rearing.

It is time to pass a federally funded family medical leave plan, and I applaud President Biden’s efforts. As a physician, I believe paid time off is medically necessary for the health and wellbeing of our children and society. As a woman and a future mother, I would argue it is a human right.

Catherine Spaulding is a pediatrician and internal medicine physician. 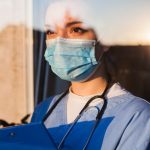 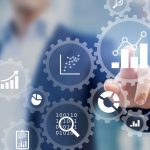