I am a psychiatrist. My field has been marred with human rights violations and treatments that though well-meaning, did not yield the results that were intended. I have always been at the watch and helm of speaking out when I see gaps and places where my colleagues and I are called to do better. I have been treating patients for over 15 years now. I have remained silent but cannot any longer. The health and lives of my colleagues are at peril. Doctors are killing themselves, and who is taking notice?

As doctors, we are held to superhuman standards. Patients and society hold us there; we are the faces you see when you are at your lowest, the people you ask to help your family members and friends. We stand in places that others cannot imagine- holding your hand when you receive bad news, rejoicing at your triumphs. We are humans, and we suffer from depression, anxiety, bipolar, and so many of the other ailments described by the DSM-5. Our licensing boards, which vary state to state, ask us about psychiatric treatment every year when we renew our licenses. This provides not only stigma but makes us as a profession hesitant to seek treatment at times when we may need it the most.

I have been there for my patients the day after I received a cancer diagnosis, and when I realized I had to have radiation treatment, my first question was, “Can I work? What if my diagnosis was not physical? What if I was diagnosed with depression – am I less able to treat my patients.” My experience, both personal and anecdotal, is that I am better able to understand the plight that is human, that is, pain and perseverance. However, that is not the stance taken by many licensing boards, and it must change.

We recently lost a fellow doctor his name was Dr. Raymond Thornton. He was a fellow West Virginian who hailed from my hometown — a small town where the Kanawha and Ohio rivers meet. He was brilliant and both my parents, who were teachers at Point Pleasant High School, remember him as such. He matriculated first to Julliard and later to the University of Pittsburgh School of Medicine, where he earned his MD in 1998. He did his residency in interventional radiation and did fellowships at UCSF and San Diego. He had posts at Memorial Sloan Kettering and the University of Colorado. He had presented papers for the NIH in Washington DC and as far as Japan. Though impressive, his laurels are not the salient point of this message: He was one of us. He likely struggled through anatomy and took test after test to prove his worthiness of the designation of Medical Doctor. He was one of us. His life was extraordinary to me, my parents, his parents, sister, and the residents of a small West Virginian town and undoubtedly many towns and people thereafter. His niece followed in his footsteps and is also one of us; she is a neurologist and is studying to be a pediatric neurologist. We must end this deluge of physicians ending their lives.

Dr. Raymond Thornton, brilliant interventional radiologist struggled for 6 years with Lyme disease. For the first two, he was never tested for or diagnosed. Many times, he was told he was picking his own skin or that his symptoms were psychological, finally he found a doctor who listened, tested and began treating him yet the damage was done. He struggled with fatigue, pain and other symptoms that forced him to not practice for two years. He was able to return to nearly full practice when he tragically took his own life on October 1st. He had reached out to a physician suicide line and had an appointment by Zoom for the next day. In the interim he used two small charcoal grills in his trunk, taped his vents (with a fire extinguisher next to him, no doubt  to put out any fire that might put others in danger’s way). He sat down and covered himself with  a blanket and went to sleep.

These are hard to hear facts, but these are the facts that put into a picture the last moments of one of our colleague’s lives. We die with guns to our heads and trash bags down, so no one has to clean up our mess. Our mess- all the neurons and synapses that capture the knowledge we have acquired over the years. How can that be quantified? We die with pills in our mouths, tricyclics to interfere with cardiac conduction, benzodiazepines for sedation, alcohol for liquid courage. Where do our patient’s stories collected over months and years go? We die by carbon monoxide like my friend Dr. Thornton. He knew what carbon monoxide would do to his body. Even in the end, there is often an eye on making the cleanup easier for those around us. I  believe the cleanup also presents in waves that echo the gaps of knowledge left laid bare for years and decades.

I can do better. We can do better. Please partner with me and advocate for the ability for doctors and residents in our profession to receive medical and psychiatric care without fear of losing our licenses or having to face stigma and judgment. It can save lives. Please, we are more stressed than ever, and we need to speak the names of our fellow friends and colleagues who have died by suicide. We need to advocate for them and for all of us to have access unfettered by fear to utilize the very lifesaving treatments we recommend to our patients. 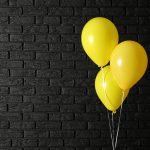 Doctors are killing themselves, and who is taking notice?
13 comments