I distinctly remember one of many times I was reminded of “my place” in medicine. It was during the third year on a call day shift that had been lighter than most for our bustling hospital. As the residents were discussing who it was that had brought the good energy, I slipped in to mention that I often felt I had a white cloud energy myself. And the senior on the team whipped his white head around to highlight the sharp angles of his face and said, “You’re just a student. You don’t have any power to claim that.”

To me, at the time, it reminded me that in many ways, medicine is still a hierarchical system that values power and dominance above common connection. Looking back now, I wonder if his stark response was because a brown man was trying to grasp at earned whiteness. Thus far in my medical career, these concepts of “white” and “black” clouds felt like nothing more than superstition. A way for people to make sense of why there’s such variability in the volume of admits that at times seems to follow them wherever they go.

But in light of the current climate, I have to force myself to think about this terminology in a more critical fashion.  Why did we choose black and white to represent disaster and peace, respectively? I would argue it’s because we, as a medical system, still view white and whiteness as wholesome, good. In contrast, we see black and blackness as negative, and to be avoided. To further that point, this translates into how we tend to treat our patient populations.

In this publication centered around health care disparities, a Black respondent was quoted saying, “Oftentimes, the system gets the concept of Black people off the 6 o’clock news, and they treat us all the same way. Here’s a guy coming in here with no insurance. He’s low breed.” Unfortunately, I feel that we all know this is an issue in the United States, and yet little is being done to make effective change.

Sure we get a debriefing on implicit bias, and we have a one-hour conversation about how we can do better, but those conversations are never sustained. Then one day Elijah McClain dies or George Floyd or Ahmaud Arbery, and suddenly, we are quick to defend ourselves. We’ve done our training we cry, we did our part; it’s the cops that are the true enemy. But what if our reactions were centered around recalibration rather than feeling satisfied that we’ve done the bare minimum? After all, isn’t that what we argue makes for a good clinician. The ability to analyze a patient, make a decision, and recalibrate our diagnostic skills based on the outcome is regarded as a god-like phenomenon.

If we do this with deliberate intention, then perhaps we would stop using this terminology. Maybe then we would stop equating whiteness with desirable and blackness with horrifying. As it stands, however, the system will continue to value whiteness. The system makes me afraid to speak up when the white critical care fellow makes derogatory comments about having to explain a complicated procedure to a non-English speaking Hispanic patient multiple times. The system will continue to exemplify racism, and we are compliant.

Every time we play into these notions of white and black being glorious and haunting, we further the racist agenda and dig in deeper with our biases.  It doesn’t help that these concepts are so ingrained in our culture that they warranted actual academic resources to study multiple times. Rather than spend time qualifying this “data,” we should be diverting these resources to building programs that work to dismantle our biases rather than perpetuate them.

Plus, how hard could it truly be to swap out our terminology with happy and angry clouds or good and bad luck. Is it so burdensome for us to think about and analyze our language use that instead, we choose to dismiss it as “harmless fun” rather than have a true conversation about it? Sometimes it may be as simple as changing some words around. Other times it’s going to take large scale discussions that span across the length of our training, and that’s OK.

At some point, the work needs to be done. We should want to be better not because it’s the right thing to do, but because it’s the humanistic thing to do. So the next time I’m on call, I’ll remind myself that I tend to be a happy cloud who’s trying to do better for his patients.

Dante A. Mesa is an internal medicine resident.

A nurse remembers her true hero 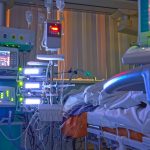 Why postpartum depression screening is more essential than ever 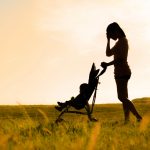 The next time you’re on call, please rethink what white and black clouds mean
5 comments