Despite major disparities that exist for African Americans in health outcomes and access to care, there is still an alarming lack of African American physicians in the field. This must be addressed with a concerted effort to recruit, admit, and train more black doctors – breaking down the barriers that directly or indirectly prevent black students from pursuing a medical degree, and thereby strengthening the ability of our healthcare system to deliver quality care by trusted providers to a diverse patient population.

Unfortunately, there’s still a lot of bias in our system.  There is evidence that racial and ethnic minorities tend to receive lower quality of care and have less access to care than non-minorities, and black patients, in particular, suffer from worse outcomes in several categories, including maternal and infant morbidity and mortality. There are elements of structural racism and implicit bias that contribute to health disparities and inequities, and another challenge is the lack of black doctors available to treat patients. Patients generally feel more comfortable taking health direction from a doctor of the same ethnicity, and this can help improve communication, treatment, and care while reducing disparities. More importantly, African American (and other underrepresented minority) physicians are also more likely to practice in medically underserved areas, improving access to care.

As a 5’9”, 190-pound African American, I’m rarely invisible – even the times when I want to be. I stand out, people notice me and watch me closely, especially police officers, security guards, and employees at retail stores. My appearance makes me intimidating; people look afraid or hesitant to talk to me.

I’m also not invisible at the hospital, but I’m never seen as a physician, although I have both a doctorate and medical degree. Hospital employees are quick to ask me if I’m lost or who I am there to pick up. Despite my white coat and badge, which includes the MD, PhD distinction, despite introducing myself as “Doctor” Milam, I am usually presumed to be a transporter, dietary aide, or a nursing assistant.

During my junior year at Johns Hopkins University (JHU), I was completing a neighborhood assessment as part of a research study in a community directly adjacent to JHU’s Homewood campus. After being in the neighborhood for ten minutes, police arrived and questioned why I was there. In a city that is predominately African American, the city that raised me, the city where I had been volunteering since I was 10 — I had to justify my presence. The officers continued to question me until I showed them my Hopkins’ student identification card, because, of course, my Maryland driver’s license was insufficient. I was humiliated and furious.

We have a long way to go to tackle the institutional bias and racism that continues to shape the daily lives of so many Americans, and continues to impact health outcomes. There is certainly no easy prescription for this malady. But I do know that having more black doctors is one strategy that will help improve health outcomes and improve the life expectancy for black patients and other minorities. There is evidence that increased diversity among the medical workforce not only improves patient care and patient satisfaction, it also improves learning outcomes, cultural sensitivity, and interpersonal skills for all medical students.

To get there, we need a paradigm shift to increase diversity in medicine so that an African American physician is not seen as an anomaly. The unconscious biases that make people assume I cannot be a physician, are the same unconscious biases that discourage African Americans from applying to medical school and gaining acceptance into medical school.  Clinical interviewers for residency positions need to think outside their box, and work harder to identify good candidates who may not necessarily look like or talk like them. We need a full-court press to encourage more young black scholars to pursue a pathway into medicine, and to tackle the cultural, financial, and institutional barriers that are still standing in the way.

For change to happen, humbly look at ourselves 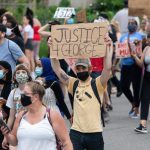 In memory of all the fathers lost to COVID-19 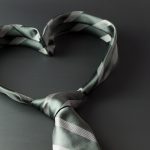