“No school today!” All of us can remember waking up to these words connected to whatever weather or current event thing and breathing a sigh of relief. A day without learning, without teachers nagging: a day to do whatever you wanted. What are today’s children feeling about this phrase?

The problem is that we aren’t really asking them. A quick internet search about children and COVID-19 brings up countless articles on “How to talk to your child …” These lists focus on information for creating safe spaces for kids to express fear and get information, but then the conversation seemingly stops there, as if these young members of our society just want to say they are scared and then fade into the background.

Living in an unprecedented time, maybe we are afraid to hear what our young people have to say about how the world has changed to accommodate the virus, and what they think needs to happen now. Maybe, their uncensored honesty about what they are experiencing will be too poignant, too real, make too much sense. Kids do say the darndest things, after all.

History doesn’t have the best track record for heeding children’s advice during tumultuous times; however, times are changing. Malala Yousafzai didn’t just want to express her feelings about the Taliban rule in her hometown. Knowing that a proper education was an essential part of her being, she spoke out and stood up. Her courage was rightly rewarded with a Nobel Peace Prize, and she is a model of courage to millions around the world.

The Stoneman Douglas High School shooting in Miami, Florida in 2018 catalyzed those young survivors into speaking out against lax gun control laws to protect themselves. Their joint efforts and actions prompted the Florida legislature to pass the Marjory Stoneman Douglas High School Public Safety Act, which raised the minimum age to purchase rifles to 21 and established background checks and waiting periods to obtain a gun. The students at that school saw adults that were failing to protect them. They demanded change.

Now, our new generation of “coronials” and “quaranteens” — what do they want, what do they need? Most pressingly their thoughts on returning to in-person schooling. Working with the American Academy of Pediatrics and treating children of all ages, I have seen the numerous negative effects of virtual schooling (no doubt you’ve also seen countless media pieces talking about these). I haven’t started exploring what these patients think about the future.

What I do know, though, is that young people are incredibly perceptive, constantly reacting, adapting, and adjusting to their caregiver’s behaviors. Children also begin to fully grasp the concept of death at age 6 to 7, so they know (or at least can learn) what is at stake with returning to school. Their incredible growing brains are also able to understand altruism and the need to wear masks and wash their hands to protect others, after all, Dr. Sanjay Gupta and Elmo taught them how to do both of these things on television.

It’s time to give the children, arguably our most at-risk group of long term adverse developmental effects, a powerful voice in this heated debate. Perhaps we will find a new generation of children that breathe easy when they wake up to the words, “It’s time to go to school …”

Casey Nagel is an internal medicine physician and can be reached on Twitter @NagelCasey.

This is the most important skill you can have in life 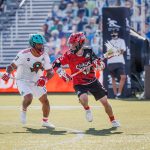