In 2019, the Premier Lacrosse League (PLL) entered the world’s stage, taking with it more than 100 of the greatest pro lacrosse players in the world from the Major League Lacrosse. The new league launched a tour-based model, offered higher player compensation, player equity, health insurance, and a major media rights deal with NBC Sports Group.

In the months prior to the inaugural game at Gillette Stadium, I was brought on as the PLL’s head league physician, charged with overseeing the care of the player’s comprising the league’s six teams. I built the medical team protocols from the ground up – from physicals to on-field emergency care – with the added challenge of the players living throughout the U.S. and Canada. In a touring league, the city-based team concept does not exist, and players often have a 9 to 5 Monday through Friday.

After a successful first season and the addition of an expansion team, the PLL planned a second season coursing the country in a dozen or so cities. We all know what happened next – COVID-19 changed our lives forever. In the subsequent weeks, our league formed our COVID-19 Committee with a singular goal – creating a safe and successful return to play for our players. The plan centered around a 20-game Championship Series in a quarantine bubble with no fans. Here is where the real work began.

The following months included a growing list of decisions to be made, with each decision setting off a list of new questions. As an upstart league, we had the advantage of agility and energy in our effort to return our players to play. However, as an upstart league, we also run lean. The legacy leagues, such as the NBA, NFL, and MLB, have the luxury of bigger budgets and large staff rosters. In time, it is clear our size and youth are an advantage.

The PLL was co-founded by the Rabil brothers. Lacrosse superstar, Paul, and his brother, Mike, a former Dartmouth football player, serial entrepreneur and investor. The Premier Lacrosse League is backed by an investment group composed of Joe Tsai Sports, Brett Jefferson Holdings, The Raine Group, Creative Artists Agency (CAA), and other top investors in sports and media. The brothers often espouse the phrase “operate like an owner” during their speeches, a call to action that is essential to the success of an early league. It is this fostering of personal accountability I believe to be the key to our bubble success.

I, an orthopaedic sports medicine surgeon, lead the committee with our PLL General Counsel, Rob Sanzillo. Our COVID-19 committee included three additional physicians I hand-selected for their diversity of experience and expertise (Dr. Sandra Nelson, infectious disease; Dr. Jennifer Knepper, internal medicine; and Dr. David Kuppersmith, internal medicine). Our committee was rounded out by PLL COO, Andrew Sinnenberg, the Head of PLL Academy, Rachael DeCecco, and a healthcare investor. Subsequent Friday evenings were dedicated to fast-paced, decision-heavy Google Meets, ending with a list of tasks for each member to tackle before our next meeting. The main objective: building a comprehensive, safe COVID-19 Return to Play Operations Plan, a document that eventually surpassed 100 pages.

We debated the pros and cons of several bubble locations, taking into account the ever-changing COVID-19 MAPS, as well as the site’s proximity to COVID-19 testing labs, to player homes (how many could drive versus need to fly commercial), as well as the available housing options. Would we house player’s in a dormitory? Are there private bathrooms? Is there access to laundry facilities? Air conditioning? Would we allow take-out? At the venue, where will teams watch film? Shower? Engage in recovery and training? How would they transport from hotel to venue, and with whom may they travel?

The amount of detail our small committee needed to layout was methodically detailed. Our committee members would have spin off discussions throughout the week to inform the decision-making process. Essential to this process was Courtney Ellis, manager, events and product at Premier Lacrosse League. Described by writer Katie Baker in a Ringer article as a “logistical mastermind,” there is no better way to describe Courtney and her diligence, as she was tasked with implementing the fine points of these decisions.

In the lead up to Championship Series, we considered how best to educate players and staff on the ins and outs of our COVID-19 protocol. Ultimately, we decided to proceed with a large virtual town hall, followed by individual virtual meetings with each team to facilitate Q&A. My role in these meetings was to relay the seriousness of the pandemic and the importance of following protocol. To this group of young men, to no fault of their won often feel invincible, making this task is more difficult than one might assume.

I chose to engage their history of discipline with a healthy mix of leaving them a bit shook by sharing the realities other leagues were experiencing. In the week leading up to his town hall, teams from the MLS and NWSL had dropped out of their own bubble tournaments due to COVID-19 outbreaks.

As a sports surgeon, the difference I see in high achievers is their ability to not only be disciplined, but to do this repeatedly and to avoid the complacency most of us fall into when the boredom arrives. I tapped into these traits to help achieve my own goal of COVID-19 protocol compliance. I simply asked the players to do two things: Maintain your discipline. Fight complacency.

Twelve days prior to travel, we began daily symptom and temperature surveillance, as well as our first round of COVID-19 testing 72 hours pre-departure. Any positive symptoms were forwarded to me, and these individuals were directly contacted to better understand context.

The PLL office worked tirelessly to coordinate the delivery of COVID-19 saliva tests to players, coaches, staff, and affiliates. Each individual then underwent testing via a telemedicine testing session with myself or Drs. Knepper and Kuppersmith. Individuals meeting all the pre-determined criteria were then permitted to travel to Utah. Those who had a known, previous COVID-19 positive test were required to undergo formal cardiology work-up in addition to their standard physical per CDC guidance.

Upon arrival, we again performed saliva tests on all individuals, who were then quarantined until the tests resulted. Tests were administered at designated intervals or if there were any concern for positive symptoms. No individuals in the bubble tested positive, nor were sent home for a positive COVID-19 test.

Now in the bubble, in addition to conducting COVID-19 testing and implementing and maintaining our protocol, the traditional role of team physician came into play.

As any team physician knows, when deployed to a 24/7 work environment, caring from anything from on-field trauma to a migraine is fair game. Expected blisters from new cleats, lacerations, and musculoskeletal injuries are the norm. In this setting, as the only physician living in the bubble, one must be prepared for anything.

Each PLL team had a dedicated athletic trainer, responsible for not only on-field care, but post play recovery and care. In a compressed scheduled such as this series, quick turn around between games was not uncommon. We were extremely lucky to have these talented individuals to keep our players going.

Normatec provided tools and equipment, essential to the recovery of our players, while our facility offered state-of-the-art hot and cool tubs. Micro-C Imaging enabled me the ability to take radiographs safely and efficiently on-site with their mobile fluoroscopy technology to avoid leaving the bubble for rule out imaging. If antibiotics were needed, a contactless drop off was organized with a local pharmacy.

When things are working well, it is easy to get comfortable in the bubble, but the difference in achieving bubble success is fighting complacency. To assist in this process, we instituted the concept of Social Captains, members of the bubble we knew could succeed in the role of ensuring smaller groups under their purview followed protocol. Social groups included teams and their coaches, the equipment staff, media, referees, operations, and talent, to name a few. Empowering social captains to be accountable played a large role in our bubble success.

Between COVID-19 policy development and the fast-paced nature of a 20-game Championship Series, the league did not neglect one of its most important goals – growing the game. Each PLL team was linked to a non-profit partner focused on encouraging youth programming development.

Partners included: Harlem Lacrosse, Charm City Lacrosse, City Lax, OWLS Lacrosse, and others, with players launching social media campaigns to fundraise for these organizations. Additionally, leaders within the league have emerged to further the conversation on improving inclusion and diversity in the game of lacrosse.

Just as players reflect on their play, I too reflect on my experience within the Championship Series Bubble. We were able to bring lacrosse back safely and successfully, and on the biggest stage the lacrosse world has ever experienced. While not a novel lesson, but a confirmation: Preparation is king. Upon arrival, it was time to execute. Our committee had already run endless scenarios, worked through potential challenges, and outlined a meticulous plan of action. The PLL difference is pride in our own personal accountability. In a league of our size, we know the success of the series is on each of our shoulders, and we know how important the person standing next to us is in their respective role. We have faith in one another to get our jobs done, and to call upon each other when assistance is needed. As we have been charged, we operate like owners.

Catherine A. Logan is an orthopedic surgeon and can be reached at Prevention Performance Recovery. 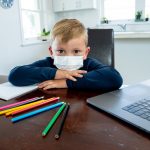