Strangulation and traumatic asphyxia. Not even a few days ago, according to the Hennepin County Medical Examiner, that is what likely killed George Floyd. Later, they decided it was neither and instead of corroborating what America watched an officer do in a harrowing video – suffocate a man to death – they decided Floyd likely died due to underlying health conditions and potential intoxicants in his system. Only when confirmed by an independent autopsy report that it was asphyxiation and a knee to the neck that caused his homicide, did the County Medical Examiner adjust their finding.

As a medical student, I suppose it is not for me to argue or speculate over evidence I have not collected or seen first-hand. What I have seen, however, is that video. What I have seen, is that it was apathy, centuries of racial bias, and the use of excessive force by a group of professional citizens sworn to protect and serve the people that killed George Floyd. What I have seen is a series of broken oaths.

In medical terms and according to the Oxford Dictionary, asphyxia is a condition arising when the body is deprived of oxygen, causing unconsciousness or death. In other words, suffocation. In other words, when a black man is subdued on the ground with a knee to his neck and says he can’t breathe, it is worth believing him. But time and again, we’ve seen that a black man’s word isn’t enough, especially when confronted by the blue shield.

Unfortunately, this is all too familiar. George. Breonna. Ahmaud. Sandra. Michael. Eric – just a few of the recent fallen. Similar stories, different black lives. They are gone now. No longer here to give us their side of the story, to help us convict their culprits. And who is left to pick up the pieces? Their families, their communities, the ones who unknowingly stood witness to a murder by law enforcement and unwittingly recorded their crimes. It is the latter, in this case, that continues to haunt me.

It is the image of 17-year-old, Darnella Frazier I cannot rid my mind of as she revisits the scene where George Floyd was killed, where she had only enough power to record the ordeal but not enough to stop a group of armed men from killing another unarmed black man on the street for fear that she might fall victim to their retaliation too. Just a teenager on a run to the store, Darnella Frazier inadvertently and bravely became America’s eyes and ears.

“I watched this man die,” she cries one day after the killing. In the video, she can be seen holding a mask to her face, attempting to observe pandemic-induced policies. Through tears, she says, “And everybody’s asking me how I feel? I don’t know how to feel. This man was literally right here, 8:00 p.m. yesterday.” She recounts him saying, “’Please, I can’t breathe, I can’t breathe.’ And they did not care. They killed this man. And I was right there.” Distraught, she shares a final thought: “It is so traumatizing.” With the backdrop of a global pandemic and the weight of witnessing a murder, still crying, Darnella Frazier fastens her mask to her face and rejoins the protestors in Minneapolis.

In my experiences with health care, both as patient and student, I wonder about my place in all this, the place of health care in policing and in violence. There is an entire subset of the American population hurting, reeling from recurrent attacks that claim new lives with the same old stories. They are in a constant state of trauma within a system that ignores them when they say, “I can’t breathe.” Trauma like Darnella Frazier’s cannot be rooted out with the right questions in a medical history or a 10-day pack of 2-a-day pills. And yet, I know that in my life and future practice, I will see and hear of others like Darnella. I will see and hear of others like George Floyd. I will bear witness to more trauma. And I will be ready.

I think about the oath I took when I donned my white coat for the first time – to do no harm and to foster patients’ human rights, health and dignity regardless of race, gender, ability, or any number of identifying factors. Admittedly, it has been difficult to accept that other professionals who take similar pledges to protect and serve and uphold the public’s trust can act with such recklessness and reduce their sworn oaths to nothing. My oath means something to me. It is a reminder that what I am training to do is bigger than myself, that it is the people I serve who give my work meaning. It is a promise to myself, yes. But oaths are seldom for our personal benefit. Mostly, they are a promise to others, to our loved ones and our communities, to those who put their trust in us. But when that trust is broken and our credibility lost, something fundamentally breaks within us as it has once again, in the wake of the murder of George Floyd.

As an aspiring mental health professional, this is my promise. I vow to be present for you. I vow to be a voice when you need one and a listening ear when you don’t. I vow to uphold my oath because it means something to me. Darnella, you mean something to me. Your life matters. While medicine may never be able to offer you a cure for the pain you are feeling, I am here for you and I am grateful for you. I am grateful that even as you watched a horrific crime and tragedy befall one of your own, you still paid reverence to the health of those around you by wielding your mask. I am grateful for what you did for George Floyd. I am grateful you are alive and I will do everything in my power to make that mean something.

Komal Gulati is a medical student.

We shouldn't be our own doctors, but we can't forget what we know 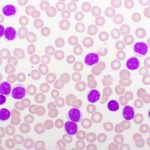 An oath to Darnella Frazier
1 comments