Like a lot of doctors my age, I was too busy to have checkups, working 60 hours a week plus night and weekend call. But that all changed in 2013 when at age 67, my dentist felt a submental lymph node. A CBC had 35,000 white cells, and I had chronic lymphocytic leukemia. When I told my wife that patients with CLL live a long time and die of something else, I promised her that I would see an oncologist and that I wouldn’t try to be my own doctor. I picked a senior oncologist at my local hospital whom I knew to be calm and friendly. He reassured me that despite my ZAP70 mutation and very low immunoglobulin levels, he would just get periodic blood tests and follow me along. But, I did a PubMed search on ZAP70 and found that in six years, I would be on chemotherapy. A year later, I retired from clinical practice and took a one day a week job in state government. Reading PubMed and understanding medical literature differentiated me, a doctor, from the usual patient.

Three years later, I was at medical grand rounds, where a visiting oncologist described the novel CLL treatments that he was working on. I said to myself, “I want him.” I realized that I would be better off switching my care to a super-specialist. That was the second time that being a doctor gave me the advantage over the average patient.

By age 73, my white count was 300,000, my platelets and hemoglobin were dropping, and I was tired. So, when I was offered the chance to participate in a clinical trial of three targeted medications, I signed right up. Being a doctor put me in the right place to get the best treatment, a third time where my profession gave me the inside track.

Throughout, I repeatedly said, “I’m not the doctor; I’m the patient.” When I developed the worst cold of my life, which developed into bronchitis, I ascribed it to my immune deficiency. I had frequent infusions and checkups, where I showed the care team my sputum. No one suggested that I get a culture.

As part of the trial, I had CT scans every three months. The first two showed innumerable lymph nodes consistent with CLL. It was after the second one that a pulmonologist colleague heard me cough in the hallway and suggested that I had Mycobacterium. I told him that I just had a CT scan and it wasn’t there. He told me that he had seen patients with leukemia who had Mycobacterium. Two months later, I was still coughing and expectorating when another pulmonologist who knew that I had leukemia told me that I probably had Mycobacterium.  The next week I had a CT scan that showed a tiny focus of nodularity in the posterior, right, upper lobe. My oncologist thought that it was not significant. However, I knew that it was. I ordered an AFB culture that came back positive for Mycobacterium Avium. Now my pulmonologist colleague is treating me with appropriate antibiotics; after two months, my sputum is gradually decreasing. When I tell this story to non-medical friends, they frequently respond, “What would happen to someone who wasn’t a doctor?”

The answer is complicated. By being a doctor, I maneuvered myself into a clinical trial so that I received the newest treatment for my leukemia. But, because of the way medicine is segregated into silos, one brilliant specialist is not an expert in everything. As a doctor, I associate with many doctors, including pulmonologists, who alerted me to the possibility of Mycobacterium. As an internist, I immediately knew that nodularity, no matter how tiny, in the setting of four months of sputum, was likely Mycobacterium. Being a doctor resulted in my traveling through this adventure to a salubrious outcome. I had the best leukemia treatment, from the best oncologist, the best advice from doctor colleagues, and I also had the medical background to recognize the significance of an abnormal CT scan.

We shouldn’t be our own doctors. But we still have to use our medical knowledge to get the best possible treatment for ourselves. We have to trust the doctors whom we chose, but we can’t forget what we know.

David Galinsky is a geriatrician.

An oath to Darnella Frazier 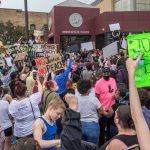 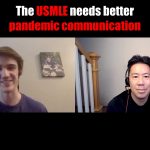