The Blue Angels have awed generations with tight aerial choreography and the sonic roar that heralds their aerobatics. No doubt millions have felt patriotic goosebumps watching their technical mastery at summer air shows. Last week, as the fighter jets tore over an emotionally strained Chicago, with the stated intent of paying tribute to health care workers and first responders, I felt only a pit of hard anger.

I’m a family physician, among the health workers and first responders who’ve rapidly adjusted to a new survival paradigm over the past two months. I watched the United States fail to prevent the spread of, and then fail to contain the novel coronavirus. Now the last step for managing the pandemic, mitigation, has the nation in various states of deep uncertainty and economic despair. I listened to this administration repeatedly assure a worried public that the outbreak was under control, then that “everyone who wanted a test would get a test” for the virus, and that health workers were assured adequate personal protective equipment (PPE) to keep us safe.

I then watched the U.S. case numbers burgeon from 15 in late February to 1.5 million today, with now 93,000 lives lost. I follow shifting guidelines for who meets testing criteria. I know there hasn’t been a test for everyone who’s needed one, let alone wanted one. Many of us are fortunate to have PPE, but many aren’t, and though grass-roots campaigns and private donations have stepped up to try to fill the void, reusing masks, gowns, and face shields beyond their intended single-use purpose is still routine.

I worry about a deeply distressed health care workforce, already threatened by a burnout crisis as many of us try to follow our calling to serve and comfort within a byzantine, deeply fractured and siloed health care system, with the further challenge of caring for patients whose health suffers because of economic and social inequities beyond their, and our, control. So many of us were and are struggling, and the new standards have laid even barer the deep fault lines. What will we be once we’re through this pandemic?

I have long been wary of being called a hero. I would never speak for all health care workers or first responders, but I expect most of us want to do this work, work to which many of us felt called, without fanfare. But we need proper tools, and we want to feel secure that the work isn’t going to kill us for want of adequate protection. Use of the word “hero” by our country’s leaders implies a release of their duty to protect and support us. We’re public servants who’ve been thrown into a system that has limited whom we can test, we’re deeply frightened by all we don’t know about this virus, and we don’t have time or space to grieve the patients we’ve watched it take. And sometimes we’re not adequately protected. We show up anyway.

I did not forget, as I heard the fighter jets’ boom overhead, that I now ask my patients on our telehealth visits if they have enough food at home. A dazzling display of military prowess with a multi-million-dollar price tag does nothing to keep us, our patients or our communities safe, and seems even more hollow as we now face Depression-era unemployment numbers. This isn’t time for a bombastic tribute. I want first responders and health care workers and support people who staff the nation’s emergency departments and ICUs to have enough PPE to use as intended. I want them to get hazard pay. I want a functional system to isolate cases and trace contacts. Mostly I want my colleagues and me to stop experiencing so much loss.

When our country’s leadership has the backs of its health care workforce in deed, not just in word, and when we’re, together, on a path toward massive testing and science-driven reopening strategies, my anger will be eclipsed by hope. Then, when we, as health care workers, are looking beyond this crisis to what we can build together, I might feel the return of those patriotic goosebumps.

Mara Divis is a family physician and can be reached on Twitter @drmaradivis.

Welcome to The Podcast by KevinMD 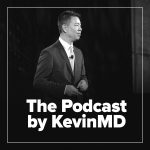