Diseases do not have political or religious beliefs. They are equal opportunity haters. Yes, some diseases will have an affinity for a particular gender, race, age group, but never will they affect your body based on your political ideologies. However, the way our health care systems deal with diseases will intersect with our political leaders, their beliefs, political views, and ideologies. Let’s take female reproductive health care as an example. If you need access to birth control, counseling for such services, or abortion services, you are likely to get access or be denied access based on the politicians who are currently making legislative decisions on whether women should be allowed to have such services available, which has nothing to do with politics and everything to do with a politician’s religious beliefs.

The 20th century has seen several deadly pandemics, including the Spanish flu, influenza, SARS, and the one we are currently dealing with, the coronavirus and COVID-19 pandemic. These pandemics have caused thousands and thousands of deaths, and while they had no political affiliation, the way they were handled by every country affected was very much dependent on the political will or lack thereof. Politicians either stepped up to the plate and worked with health care workers to curb them, or downplayed them because it made them look bad. The end results of government actions speak for themselves.

In the United States, we are currently at over 2 million cases of COVID-19 and over 130,000 deaths from this disease. This is a tragedy that could have easily been prevented if our leaders cared more about the well-being of their citizens instead of economies, stock markets, and their political campaigns. To all those arguing about how the economy is more important, I ask, how will sick and dead people contribute to an economy? How will sick and dead health care workers contribute to our already broken health care system, which is a critical part of any economy?

Before we decide to sacrifice our loved ones for the economy, we must remember that a nation cannot flourish if its citizens are not healthy. 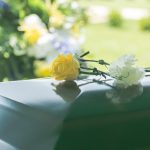 The COVID effect on this physician

Health care should be apolitical, but it isn’t
3 comments