An excerpt from The Intern.

Room 12 was at the west end of the pediatrics ward and to the right, at the far side of an alcove few patients ever entered—and none left. Maggie paused at the corner, reaching into the recess where the nurses stowed the food cart, and tucked away a couple packages of graham crackers into the pocket of her coat. She had never cared for graham crackers, but Bobby loved them, and there were few things—none actually—she wouldn’t do to see a smile on his pale, drawn face.

Room 12 was dark save for the reading light she had fixed to the headboard of Bobby’s bed so he could read the latest edition of the Uncanny X-Men for the hundredth time. Bobby was curled up in a ball underneath the light, clutching the beaten comic book in his outstretched right hand.

“Hey.” She sat down on the hard-plastic chair next to the bed, on which she had sat for so many hours the seat had become molded to the contours of her backside.

She shook her head.

“You alright?” he asked.

Bobby shrugged his shoulders, which didn’t come off quite right because his left arm had been amputated three years ago. “You’re the doctor; you tell me.”

She deposited the crackers on the table, in between the plastic pitcher of water he never drank and the pile of X-Men comic books he never stopped reading. The knot in her neck ached, and she massaged it, squeezing the tension out of the muscle using a technique an elderly Chinese patient had taught her.

“Don’t you have your boards tomorrow?” he asked.

Bobby swatted the magazine against the pocket of her coat, which was stuffed full of notebooks overflowing with her precise script. “Why aren’t you studying then?”

It was a question to which her only answers—”Because I’m sick and tired of studying,” and, “I couldn’t care less about the boards”—seemed better left unsaid.

“I can’t get any studying done when I’m on call,” Maggie said.

“I thought Melendez was on call tonight?”

Caid Melendez was also a transitional intern, a first-year resident doing a year of general practice internship before transitioning to a specialty residency at a different hospital, rotating through pediatrics this month.

“He volunteered to split the night with me so I could get some sleep.”

A rare grin crossed his narrow face. “Oooooohhhhh, Maggie, I think he likes you.”

“You better pipe down, or I’ll go back to my call room.”

She feigned getting up, and he dropped the comic book and reached out to stop her with the shriveled hand of his right arm. Bobby weighed only 50 pounds soaking wet and stood only four-and-a-half feet high—when he had the strength to stand—living proof that mustard gas and rat poison should never be given to growing boys.

Maggie closed her eyes and tried to conjure up the sheet of formulas Yoda had given her, but all she could see was a page of full of insensible smudges superimposed on Bobby’s face. At the moment, with the tepid warmth of Bobby’s hand on her forearm, the formulas didn’t seem all that important anyway. She knew Yoda—the diminutive chief resident—would disagree, but making Bobby happy seemed far more worthwhile than going over the best way to calculate the glomerular filtration rate, which, according to Yoda, was the best way to measure kidney function.

Maggie shrugged. “Twentieth? Twenty-first? How should I know?”

“You could try looking at your fancy watch.”

She glanced at her wrist and spotted the Tag Heuer Maggie’s father had bought her for her twenty-seventh birthday. “It’s the twenty-second, what difference does it make?”

“How many days are there in April?”

She was vaguely aware there was some sort of mnemonic for this, but when she tried to click on the mnemonic file in her brain, the one for the twelve cranial nerves popped up instead: Oh, Oh, Oh, To Touch and Feel a Virgin Girl’s Vagina and Hymen. “Thirty or thirty-one? Why do you care?”

“Why do I care?” Bobby raised his hairless eyebrows. “Because a new month means a change of service. What if I get another dork like I had last month?”

She leaned forward and tickled his armpit, causing him to drop the comic book and squeal and flail his arm in the air. The oldest of four children, Maggie was an accomplished tickler, and one of Bobby’s previous chemotherapy drugs had ravaged his nervous system, making him especially sensitive.

He could only take a few seconds. With compromised lungs and a weak heart, it took no longer than that for Bobby’s wind to be used up, resulting in the accelerated heaving of his tiny chest. He would have been able to last longer if he wore the oxygen she ordered for him, but he stubbornly refused to wear it, and the nasal cannula that administered it remained looped over the bedpost.

Bobby retrieved the comic book and resumed reading. She closed her eyes and listened to his rapid inspirations and the beat of his enlarged heart against the enclosing wall of his thorax. Somewhere close to his usual respiratory rate, oblivion overwhelmed her and she nodded off to sleep.

Her cell phone vibrated on her waist, waking her after an indefinite amount of time. It was Dr. Foster, the attending physician on pediatrics this month, notifying her that there was an admission in the emergency department. She extracted herself from the chair.

“That was Dr. Foster; he doesn’t like to be kept waiting.”

“You’re leaving me to see that dog with fleas.”

Bobby’s face grew narrower, and his button nose wrinkled. “What’s the matter with Dr. Foster? Are you kiddin’ me? He’s an arrogant cock.”

“I don’t see anything wrong with Dr. Foster; I think he’s nice.”

“He’s just trying to get down your pants, you know.”

It was one of the things she loved about Bobby, his bluntness. As he had told her many times before, “When you don’t have long to live, there isn’t time not to get right to the point.”

Peter Hogenkamp is a family physician and author of The Intern.

How microaggressions contribute to impostor syndrome 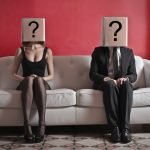