About three years ago, I was chatting about pain with a friend at a social function, and she told me she was taking a prescribed opioid for her chronic pain. I quickly got the uncomfortable feeling in my stomach that comes from discussing and prescribing opioids in clinical practice. I responded with my concerns, based on solid scientific evidence: “Opioids aren’t really effective for the treatment of fibromyalgia, or chronic pain in general. You are putting yourself at risk without much benefit.”

Her reply stopped me in my tracks: “But it’s the only thing that helps.”

It’s important not to understate how devastating chronic pain can be. It can make managing responsibilities at work or at home nearly impossible. By the time doctors see patients with chronic pain, many of the patients have been struggling with their maladies for months or years.

A lot of tension and emotion surrounds the treatment of chronic pain with opioids. It’s difficult for all parties. Several studies have shown that doctors experience a great deal more stress and regard their patients less favorably if opioids are discussed during visits. Likewise, in an unpublished study, our research team found that language reflecting negative emotions, such as anger and disappointment, was prominent in the medical charts of patients on chronic opioid therapy. As we work to slow the opioid epidemic, we have to acknowledge that even talking about opioids can lead to strong emotions.

Opioids were first prescribed in a widespread fashion for the treatment of chronic pain in the 1990s, when major reevaluation of such treatment commenced. Early research suggested that they were safe and effective. Pharmaceutical companies aggressively marketed them for this purpose. As government and nongovernmental medical organizations recognized the importance of undertreated pain and set benchmarks for hospitals and clinics to treat it, the number of opioid prescriptions rose dramatically from the late 1990s through the middle of this decade.

By the time I was in medical training in 2010, prescribing opioids had become fraught with challenges. Many chronic pain patients taking opioids reported a poorer quality of life. Meanwhile, opioid tolerance, or the need for increasing doses, was ballooning, accompanied by an epidemic of overdose and death. As a novice doctor, when I received a request to increase a dose of an opioid, I found it difficult to detect whether the request was due to undertreated pain, opioid tolerance, opioid addiction, or a combination of the three.

For chronic-pain patients, opioids can also lead to dependence and a side effect called “opioid-induced hyperalgesia”—increased sensitivity to pain due to the effect of the opioids. Starting around 2014, in response to the opioid crisis, the Centers for Disease Control and Prevention (CDC) released more-cautious recommendations for opioid prescribing. These endorsed tapering down the opioid dose for selected patients who were using chronic opioid therapy. The CDC also advised an individual evaluation for every patient, yet the guidelines caused concern among doctors and a dramatic shift in how patients on chronic opioid therapy were managed. Opioid prescribing, already down, now faced a greater, more marked decline.

Opioid tapering does decrease the risk of opioid overdose, opioid dependence, and even opioid-induced hyperalgesia. But this practice carries with it potential harm. For example, it can lead to worse general health or increased pain, especially for those tapered too quickly or by too much.

Though a large review of the scientific literature found that tapering does not generally result in worse pain, studies have shown that more research is needed to determine whether it could be harmful in other ways. Medicaid beneficiaries in Vermont who discontinued their high-dose opioids were more likely to visit the emergency room or be hospitalized because of opioid poisoning or a substance-use disorder. In a study our group conducted, we found that patients who experienced opioid tapering were four times more likely to terminate their care with a hospital system entirely. We concluded that this could lead to worse health as patients then had to search for new doctors. More evidence is accumulating that patients with chronic pain have sometimes been left without the care they need.

There is controversy about how tapering is applied to certain patients. Our research found that black patients and female patients were more likely to be tapered than white patients and male patients, respectively.

Additionally, patients who experienced opioid tapering tended to be dissatisfied with their medical care. In a qualitative study we presented at the annual conference of the Society of General Internal Medicine, we observed that patients felt it was unfair if they were tapered despite having done nothing wrong. As they put it, they didn’t cause the opioid epidemic, but they felt punished because of the actions of others.

After the CDC guidelines were published, there was a trend toward misapplication of the opioid-tapering guidelines. In 2018, Medicare came perilously close to imposing a rule that would effectively have refused to pay for long-term, high-dose opioid prescriptions. Some insurance companies toyed with hard dose limits for their patients. In response, a letter cosigned by more than 500 clinicians called on the CDC to provide clarification for its opioid-tapering recommendations in view of these misapplications. This controversy reached a breaking point earlier this year, when two of the authors of the CDC guidelines wrote an op-ed in the New England Journal of Medicine clarifying the CDC’s initial recommendations. Subsequently, both the Food and Drug Administration and the Department of Health and Human Services recommended that doctors not abruptly taper opioids.

Returning to my friend: My provocation created a temporary stir. I had science on my side, after all, but she had the debilitating pain. I stepped back and listened. The opioids helped her. I then realized my folly: while we must do our best to manage risks associated with chronic opioid therapy, having a one-size-fits-all mentality does everyone a disservice. It fails to recognize the patient as a person with needs, goals, and emotions. We do have an opioid crisis, but it’s incumbent upon us to be careful about what we do in response to it.

Hector R. Perez is an internal medicine physician who blogs at the Doctor’s Tablet.

Why we need revolutionary medicine now 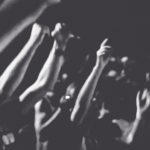 Talking about opioids can lead to strong emotions
4 comments