I’m a pediatric hospitalist, and I know that most days in the hospital are routine. But every once in a while, a patient pierces through your armor, and touches your heart in totally unexpected ways. Willow did that to me.

Willow was five days old and had been admitted because her breathing was not quite right. I first met her in her hospital room, with her dad hovering over her bassinet, frowning, and gently rubbing her. She was a tiny newborn, a little thing, wrapped in a baby blanket, like a fragile cocoon.

As it transpired, her parents had tried for a long time to have a baby, and finally, after several years, failed insemination attempts, a failed in vitro, and finally an egg donation, and in vitro, she was here, only a few weeks early. But her mom wasn’t here; she was in the nearby adult hospital, being treated for uncontrolled hypertension that had led to Willow’s early birth. Dad was torn; terrified for his wife, he wanted to be with her. But she had demanded he stay with Willow.

Both of them had spent the five days since her birth, watching her obsessively around the clock. Initially, just because they were excited that she was finally here. Then, with growing worry, because they were sure something was not right with her breathing. They had taken her to several local emergency rooms in the past three days, convinced there was a problem, only to be sent home each time. So, Dad was scared, frantic about his wife, terrified for Willow, and totally sleep-deprived. He was, he admitted, on the ragged edge.

And Willow was not breathing normally, I saw right away. All newborns breathe irregularly, I explained to Willow’s dad, but early babies sometimes have too-long pauses in their respirations, something called “exaggerated periodic breathing.” If it is too exaggerated, it leads to apnea, which can be dangerous. She would need a sleep study to tease this out. His shoulders sagged with relief when I ordered the sleep study. Finally, someone believed him and was going to do something. But somehow, it wasn’t enough. He was still terrified, couldn’t leave the room, even if the grandmother was there. He couldn’t sleep; instead he kept standing watch by her bassinet.

My residents thought he was just paranoid. But I completely understood. I had been there and fought that battle. It had been almost thirty years, and I thought those memories and fears were deeply buried. Apparently not. There is something pediatricians know about, called vulnerable child syndrome. Children who had been difficult to conceive, or had gotten off to a rough start (prematurity, early medical problems, a brush with death) are often perceived by their parents as fragile, prone to have even more problems, likely to have something terrible happen to them. In fact, these children are probably quite resilient and sturdy, but their parents can never learn to relax. I was a veteran.

I wasn’t willing to share my back story with him (ruptured ectopic pregnancy, four first-trimester miscarriages, a complicated pregnancy, and a healthy baby boy, now grown) but I sure did understand his fear. So I spent a lot of time sitting on the foot of the bed in the hospital room and talking with him about the boundless joys of parenthood (especially when it is hard to come by) and the bitter edge of worry that comes with it. I assured him that parenthood would get more fun and less terrifying, and that it totally would be worth it. I told him he could now walk down the baby food/formula/diaper aisle at the grocery store (the aisle that previously had to be avoided at all costs), and he could savor the simple joy of deciding which brand of baby wipes to buy. He could take pleasure in shopping for baby clothes for his own child, not just for nieces and nephews. He could anticipate the fun of signing up for soccer, dance, scouts, summer camp: things he thought he would never get to do. He could pay babysitters without grumbling about the cost. He could do middle-of-the-night feedings and feel like it was a privilege, not a chore. He could save for college tuition.

I smiled when he and grandmother commented that I was the perfect pediatrician for them; I exactly understood what they were feeling. I didn’t tell them I was speaking from the heart. All of the examples were my own personal examples. Everything I warned him about I had lived through. And hopefully, my son, the dare-devil, never saw the internal heart-clenching he put me through with his desire to go to college far away, the joy of speed, race car driving, sharpshooting, and rock climbing. Because I had years of practice, of smiling and saying, ”That looks fun! Have a great time!”

Willow did have an abnormal sleep study, with real apnea of prematurity, which she would outgrow. She went home with supplemental oxygen and a monitor. Dad was grateful. I told him he was off on the best adventure there is: parenthood.

And then I called my beloved son, had a bright, chatty conversation, smiled and shoved those tough memories back in the tight little box they had sprung out of, and went on to the next patient.

How to lead a sustainable life: A physician’s victory over burnout 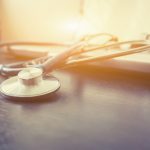 Medical school ends with a leap of faith 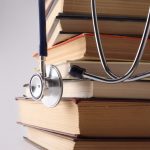 A patient who touches your heart in unexpected ways
1 comments