I was a brand-new intern in the intensive care unit, and Cassandra was the very first patient I saw there. A petite, slender woman, she was rolled in on a stretcher, accompanied by her tall, athletic husband, Jack.

Cassandra was in her 20s, like me — but mortally ill. That grabbed my attention from the start. But the biggest lesson she taught me came about because we got her prognosis all wrong.

She had lupus, an autoimmune disease that unleashes the raw power of the immune system against the patient’s organs and joints. Fortunately, my attending rheumatologist, Dr. Schmidt, was an expert in lupus and its intricacies. Although small in stature, he cast a large shadow in the field; physicians from near and far referred their most challenging cases for his consultation. He radiated confidence, and, like my teammates, I admired his clinical acumen.

I remember Cassandra’s look of alarm as she told us her story.

“I’ve been feeling awful for days,” she said weakly. “I never felt so tired … I can’t think straight.” When she’d visited Dr. Schmidt, he’d been so concerned about her fatigue and confusion that he had admitted her directly from his clinic.

Like any newly minted intern, I felt a mix of exhilaration and terror as I placed a central venous line so that we could give Cassandra her medicines and transfusions.

As tired and ill as she was, her face also held, I thought, a certain determination. This observation was quickly cut short by my surging anxiety. A lupus patient’s condition can deteriorate rapidly, and I worried that Cassandra’s symptoms might spin out of control.

These fears soon became a reality. Just hours later, as lupus assaulted Cassandra’s brain, she spiked a high fever and became disoriented. Her breathing grew labored; she was at risk of cardiopulmonary arrest. We started her on broad-spectrum antibiotics, put her on a ventilator to help her breathe, drew blood cultures to rule out sepsis, and performed radiologic scans from her head to her pelvis. The tests found nothing. Her kidneys shut down, so we began dialysis. When her blood pressure fell dangerously low, I prescribed medicines to counteract this.

These measures, plus a course of steroids to calm her rampaging immune system, were keeping Cassandra alive; but there was no sign of improvement. She was in dire straits. Dr. Schmidt told me that death was imminent.

“I’ve never seen anyone like her leave the hospital alive,” he said brusquely.

Because her decline had been so swift and inexplicable, he decided to ask Jack for permission to conduct an autopsy. (When death looms so unexpectedly, doctors often ask the family’s permission before the fact, for fear that their grief afterward may make them incapable of giving consent.)

Years have passed since I watched Dr. Schmidt talk with Jack, but the memory is still fresh. It was painfully difficult to witness.

“We have no hope left for Cassandra,” Dr. Schmidt said gently, his face and voice leaving no room for doubt.

Hearing this, Jack seemed to shrink into himself. He asked only one question: “Could you be wrong?”

Gazing at the floor, Jack seemed resigned. “Please treat her pain,” he said softly. Quietly, he signed his permission for the autopsy.

Awaiting Cassandra’s passing, we did our best to make her comfortable. We didn’t think we’d have long to wait.

But Cassandra had other plans.

A few hours later, to our astonishment, she began to show signs of improvement. By the next morning, her blood pressure and oxygen levels had recovered, her vital signs and laboratory readings were back in the normal range, and her confusion had lifted. As mysteriously as it had declined, her condition had rebounded.

Stunned and euphoric, we headed to Cassandra’s bed to take her off of the ventilator and dialysis machines. When we arrived, Jack was there at her bedside.

“I have incredible news,” I told him, barely able to hide my elation. “Everything has changed, and Cassandra will live.”

In near disbelief, he barely spoke but watched intently as we disconnected the machines.

I too felt incredulous — I’d never seen anyone dodge death before. But what surprised me, even more, was Dr. Schmidt’s reaction: He had none. He simply took it all in stride. Perhaps he was embarrassed at being wrong about Cassandra’s prognosis; I never asked. With no sign of happiness or any other emotion, he simply told me to transfer her to a regular medical floor.

Reflecting on Cassandra’s case afterward, I began to wonder whether there was a deeper truth at play.

Although Dr. Schmidt arguably knew more about lupus than any other doctor alive, Cassandra’s case fell outside even his experience. Her case defied the statistics, so, fairly enough, he concluded that she was on her deathbed.

While medicine, like physics, uses probability to help solve its problems, only medicine includes the human element as a factor in its calculations. Looking back, I wondered if Dr. Schmidt overlooked this vital aspect of Cassandra’s clinical presentation.

I found myself returning to the look of determination I’d glimpsed in her face. In hindsight, this was a clinical sign as real as any of her other symptoms. It indicated her enormous will to live — a force that can overcome seemingly hopeless odds.

To me, Cassandra’s case is a powerful argument that doctors should stay alert to this mysterious but real force in their patients. Otherwise, they might give up hope prematurely, as we did.

I regret not asking Cassandra herself why she thought that she’d survived. The chance never arose during her week-long hospitalization, nor when she visited Dr. Schmidt afterward for checkups. She did tell me that she was back at work and that her life had returned to normal. And whenever our paths crossed, we’d share a glance, silently acknowledging that we had witnessed something profound.

If I had asked, I feel sure she’d agree that caregivers should be respectful of the human element in medicine. Clearly, it can literally mean the difference between life and death.

My team and I were certain that Cassandra was going to die.

She did not. And therein lies a lesson that I remember to this day.

Ethan Dmitrovsky is an oncologist. This piece was originally published in Pulse — voices from the heart of medicine. 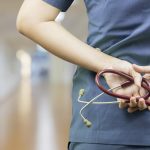 It’s time to stop being skeptical of hospital chaplains 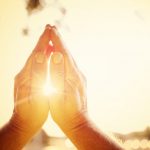 What’s the X-factor in life or death medical situations?
1 comments