An important point about this framework is that it is largely welfare-spectrum neutral, meaning the principles apply to health care systems that sit at any point on the welfare spectrum, which is why I am describing its application in a libertarian-type system, a single-payer system (this post), and a fully government-run system (forthcoming post).

So, without further ado, what could a single-payer system look like with this framework fully implemented?

With the government running the single insurance company for this system, they have been able to easily implement many of the needed aspects of an optimal health care system. They automatically cover all known cost-saving and cost-effective preventive services without copays, which includes population-based preventive services but also focuses more and more on targeting extra services to high-utilizing patients to prevent hospitalizations and ED visits. Their cradle-to-grave time horizon has helped this immensely.

The prices the insurer assigns to services are not firm but are rather considered to be the “maximum allowable reimbursement,” so any provider that wants to charge a lower price will have the freedom to do that. And providers who innovate and find ways to charge less win market share because the insurance plan’s cost-sharing policies require people to pay less out of pocket when selecting a less expensive provider. The insurer has also found that paying a single fee for standardized bundles of services has motivated a great deal of provider innovation and cooperation, as well as simplified billing immensely.

Together, all these reimbursement policies help to prevent as many care episodes as possible and minimize the cost of the episodes that are not preventable.

The insurer’s fee schedule also includes a multiplier to adjust for regional cost variations, and they leverage this to increase reimbursement in underserved areas as well, which has especially helped rural areas maintain enough providers.

As a condition of being accepted as in-network by the insurance plan, providers are required to use an electronic medical record that is able to decode and record to the patient’s secure cloud-based personal health record. Providers are also required to report specific quality metrics. These quality metrics are never used for giving bonuses, but they instead focus on the aspects of quality that patients find most relevant when they’re trying to decide between provider options. The insurer operates a single website that lists all in-network providers along with these risk-adjusted quality metrics and each provider’s prices (displayed as the amount the patient will be expected to pay out of pocket).

Providers appreciate this system for many reasons. They only deal with a single insurer, which minimizes insurance-related overhead expenses and gives them a single set of incentives to respond to. They are at liberty to build hospitals and clinics wherever they think they will be most profitable. And they can organize care however they want provided they adhere to the safety and reporting regulations.

Are there downsides to having only one insurer? Recall that the jobs insurers are primarily responsible for are risk pooling and cost-saving prevention. And the reason having multiple options is desirable is because—assuming patients can identify and then choose the highest-value insurance plans—insurers will have a profit motive driving them to take risks to innovate in their search for ways to increase the value they deliver, which especially means finding ways to do more cost-saving prevention, which ultimately leads to lower insurance prices. With a single government-run insurer, that innovation and its attendant benefits will be curtailed. Clearly, there are many compensatory benefits, including simplicity, reduced administrative overhead, uniform incentives, and a straightforward way of achieving a society’s goal of universal access to insurance. Depending on the priorities of the country, these benefits may outweigh the costs. It is a question of values. But the decision becomes clearer when the costs and benefits of each option are spelled out.

The secret to travel doctor success? Bring your family. 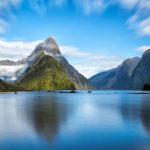 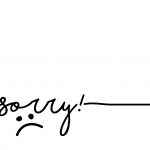 What would an optimal single-payer health care system look like?
5 comments