The World Health Organization describes universal health coverage — a system coupling health care access with financial protection for all residents — as the “single most powerful concept that public health has to offer.” The goal of universal care is to give all people the equal opportunity to enjoy the best health possible.

I wholeheartedly endorse universal health care, though not a single-payer system like “Medicare for all” because there is no provision for cost control in the legislation proposed by Representative Jayapal and others.

Understanding the distinction between universal health care and a single-payer system is critical.

There are two countries in this hemisphere with true single-payer health care systems: Canada and Cuba. The pros and cons of the Canadian system are well known; Canada reigns in cost mostly through rationing. Cuba handles the cost conundrum by conscripting physicians and trading them to foreign countries for a price.  The export of medical personnel has surpassed tourism as the single largest source of income for the island country, generating nearly $11 billion annually for the Cuban government.

In 1959, following the revolutionary promise to be more attentive to the disenfranchised, the Castro administration established health care access as a fundamental right of its citizens.   A true single-payer system was implemented, outlawing the private market, and the government assumed total fiscal and administrative responsibility for the provision of health care. Initially, Cuba made great strides: life expectancy increased and infant mortality dropped; however, when more people live longer, the cost of maintaining health results in higher total expenditures.

Ever since Cuba sent 56 of their physicians to Algeria for humanitarian purposes in 1963, physicians have been viewed as a commodity and a diplomatic tool.  Physicians in Cuba earn about $50 per month, so Cuban doctors are more than willing to sign contracts for foreign work.  Over time, exporting physicians became profitable and today, Cuba uses the revenue produced by their “army of white coats” to fund “free” health care for the nation.

There are, of course, some drawbacks to international physician trafficking.  First, exporting doctors has left a domestic health system in tatters.  Wait times at clinics and hospitals have grown, and resources and supplies are stretched exceedingly thin.  In rural areas, many physicians practice medicine in conditions without electricity or running water.  Second, a legalized system of physician trafficking is ripe for corruption.

In 2013, the Mais Medicos program — literally “more doctors” — was established by Dilma Rousseff, the former Brazilian President. Cuba and Brazil struck a deal to pay $4,000 per doctor per month, netting $360 million annually for Cuba.  From that $4,000, the Cuban government pays their physicians $400 monthly and withholds $600 in a “frozen” account which physicians may access only upon return to Cuba.

The Cuban government keeps a tight leash on their doctors.  Cuba forbids physicians from bringing their families with them internationally, enforces a daily 6 p.m. curfew for them, and requires they report to Cuban intelligence officers stationed in Brazil in order to keep watch over Cuba’s most valuable asset.

In 2017, Cuba tightened restrictions further by compelling pregnant doctors to return to Cuba after 22 weeks gestation to preclude their offspring from gaining Brazilian citizenship after birth.  It was at this point Jair Bolsonaro, Brazil’s president-elect, denounced Mais Medicos, calling it “modern-day slavery.”

Of course, the Cuban-Brazil quagmire would not be possible without assistance from the Washington DC-based Pan American Health Organization (PAHO), a specialized health agency affiliated with the World Health Organization and the United Nations, that strives to “improve and protect the health of people.” PAHO generates income from “annual contributions from member governments.”

Brazil pays $1.5 billion to Pan American Health Organization (PAHO) annually for administering the Mais Medicos program plus operating expenses in addition.  PAHO paid $1.3 billion to Cuba, keeping $75 million (5 percent cut) for itself.  In November 2018, a group of courageous Cuban physicians filed a lawsuit against PAHO, alleging the organization “knowingly provided, obtained, and benefitted from the forced labor and trafficking of more than 10,000 Cuban Doctors in Brazil between 2013 and the present.”

It is conceivable that a bonified U.N. agency may be running a legal for-profit slave trade.

Think this could not happen in the United States, the land of the free and home of the brave?  Think again.  Do you remember, “If you like your doctor, you can keep them?”  It was the battle cry of the Affordable Care Act.  It was not true.  Medicare for all holds the same empty promise. Except this time the system will be financed by taxpayers writing a blank check.

In a socialist construct, one central power controls the means of production and the goods produced, goods which may someday include U.S. physicians.  The Cuban government generates $11 billion annually by “leasing” their physicians out to foreign countries, to fund the Cuban national health system, which is “free.”

Most politicians disagree there is a physician shortage, calling it instead, a problem of “physician distribution.” If the U.S. government is in control, physicians will no longer be free to “distribute” themselves.  If the government decides New England is oversaturated, physicians will be “incentivized” (by termination from employment) to practice in Wyoming, Idaho, or Nevada, states desperately short of physicians.

Thomas Jefferson said it best, “I predict future happiness for Americans, if they can prevent the government from wasting the labors of the people under the pretense of taking care of them.”

Practicing medicine full-time in America is very difficult. It's time to think outside the box. 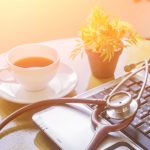 What to do with disparaging doctors 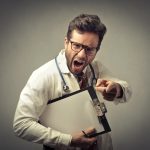