Job shadowing is a long-standing tradition.  High schools often have dedicated shadowing days, during which students can come and spend time with people working in careers that the students find interesting.  While a few hours isn’t really enough to know if you like, love or hate a job, it’s a start.

In health care, it can be especially important to spend time shadowing.  In fact, PA schools want applicants to have hundreds of hours of documented shadowing time.  I’m certain medical schools now want the same.  I don’t know about other health care fields, such as dentistry, physical therapy, or pharmacy, but I suspect they want to see it as well.

We have created a system where shadowing is expected for acceptance in professional schools even as some hospitals make it very difficult (or impossible) to shadow.  In some instances, it’s about concerns over privacy. In others, it’s simply that the number of people who desire to shadow is so large that it’s very difficult to get a time slot.  And in others, it’s that there are medical, PA or nurse practitioner students and residents rotating through the hospitals as part of their graduation requirements.  In other words, it’s just dang crowded.  As such, high school or even college students, trying to shadow, are at the bottom of the list.

In many career fields, it’s easy enough to shadow.  If mom is an attorney, her son or daughter can sit in the courtroom or come to the office.  If dad is a plumber, it’s easy enough to tag along and watch (or practice on projects at home).  Teachers encourage students to shadow, and assorted business people do as well.  Law enforcement often allows ride-along sessions.  Even moms or dads in military careers have days when family can come on base and see what life is like in their jobs.  I could go on, but the fact remains that from what I’ve seen, it’s much easier to shadow in other fields than in medicine.  (If I’m wrong and this is a new trend everywhere, please leave a comment and educate me!)

The problem with medical careers that require graduate degrees is that the path to those schools is long, arduous, and expensive.  And they require careful planning, sacrifice, and intentionality to create a resume and application that is more likely to stand out from the others.  In this case, it would make so much more sense for shadowing opportunities to be much more available and easy to access.

It’s extraordinarily hard for a student to know if he wants to commit to 14 years of education based on a couple of hours walking around in a clinic.  Admittedly, I have had some shadowers who probably got the message pretty quickly. Once I had a university student who followed me in the ED for four hours. At the end, he said, in a fatigued voice, “Don’t you guys ever sit down?” Not the perfect attitude if you really want to go into medicine.  (Although maybe he ended up a radiologist with a nice chair in a dark room.)

We need to offer more shadowing, not less. Especially in an era of growing physician shortages in both primary care and specialties.  We need to encourage students to pursue careers that have made our lives so rich and meaningful.  And we need to urge hospitals, clinics, and offices to make those opportunities available as well.

If we want good health care; heck, if we want health care at all, we have to have physicians, PAs and all the rest.  And in order to have those essential persons, as it stands, they’ll have to shadow.

Every other job field seems to get it.

It’s time we do too. 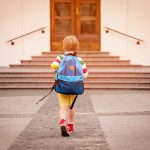 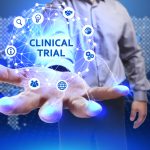