The only drawback to reading The Plague by Albert Camus for the first time while experiencing the COVID-19 pandemic is that I will never get the experience of reading it from a less personal perspective. As the plague in the novel begins to unfold slowly through rat deaths and lockdowns, I recognized my own incredulity in the townspeople as they struggle to accept their new normal. Camus names their reluctance as stupidity, an ignorance that stems from a disbelief in pestilences. I couldn’t help but sympathize with them because most people in our pandemic similarly tried to convince themselves that this virus would be quick to pass. Three weeks before I began quarantining and my fiancé’s work was forced to go remote, I got off a cruise ship where I had minimal service. When I landed on shore, my friends tried to explain to me over text how serious the situation had become. It felt like over the course of one social-media-free week, the world had changed.

Once the disbelief passes and the horror sets in, a key question in the book becomes illuminated. How does one respond to such a pervasive tragedy? Some characters respond with endless complaining and a desire to escape their abysmal situation. One man, a journalist from another town visiting for work, spends half the book trying to find a way to leave and return to his wife. He is not allowed to leave because the town is on lockdown to avoid spread of the plague. While his behavior is not the most admirable, I can certainly empathize with the journalist. It makes sense that he feels frustrated and like this plague was not meant to happen to him.

As a medical student hopefully entering the wards in a month’s time, I thought the most poignant response was from the doctor. Even though he too is separated from his wife and exhausted from trying to treat dying patients without pause, Dr. Rieux never gives up. He works to recruit others and denies any categorization of himself as a hero. He does not believe that he has the luxury of disbelief, and he endlessly tries to improve or save the lives of as many townspeople as he can. I see Dr. Rieux reflected in the work of so many health care workers today, who show up day after day to try to see their patients through these dismal times.

The plague eventually passes and the people understandably rejoice. Dr. Rieux, our wise narrator, watches them celebrate while silently understanding that any plague can die down for years only to eventually return again. This ending of the book can be read as depressing, as a sign that these people are foolish for believing they are saved, but I read it differently. Earlier in the book. Dr. Rieux speaks with his friend Tarrou about the struggle against death. Tarrou says that even while the doctor can save some patients, “his victories will never be lasting,” meaning his patients will always eventually die. The doctor replies that he understands, “but that it’s no reason for giving up the struggle.” Dr. Rieux believes that the fight he undertakes is worth the inevitable failure. Even in the face of a plague that never truly dies, there will always be people volunteering to help their fellow humanity. That is the beauty and the hope in this story. That resilience exists in our health care workers too, whether during this pandemic time or during “normal” times, when they continually fight to save people’s lives, even just for one more day. In the end, their struggle highlights a great strength: to see an unwinnable situation and then to try anyways.

New York City provides residency training like no other 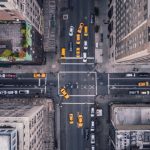 COVID-19, Georgia, and racial disparities: Do all lives still matter?