A 67-year-old woman with a high-stress job had a vigorous disagreement with her neighbors last week. She developed severe substernal chest pain and called 911 fearing a heart attack. She is thin, has never smoked, has normal blood pressure and normal cholesterol. She is not a diabetic and runs on a treadmill for two hours at five miles per hour with an elevation for two hours four times a week. She has few risks for developing heart disease.

The ER staff was quick and efficient. An EKG revealed changes consistent with a multivessel involved heart attack. Her cardiac isoenzymes were elevated and abnormal confirming muscle injury. The ER doctor called her PCP and the cardiologist on call. This experienced interventional heart specialists on call, has worked with and cared for many of the PCPs patients. He came right over, explained the options to the patient and, with her agreement and the PCPs blessing, took her to the heart catheterization lab to perform an angiogram to find the blockages and restore blood flow to the heart muscles.

To his surprise, her arteries were perfectly normal with no blockages. The heart muscle was pumping weakly exhibiting the appearance of an octopus swimming through the sea proclaiming the unusual heartbreak stress syndrome known as Takotsubo cardiomyopathy. With rest, time, and reduction of stress; she was projected to recover fully in days to weeks.

She was monitored overnight and observed until her heart enzymes were normalizing; her heart rhythm was normal, and she could walk around the room easily. She was medicated with a low dose aspirin, a low dose of a beta-blocker to blunt the stress-induced surge of chemicals that caused the heart damage and mild antianxiety medicines. She was advised to cancel her work schedule for two weeks, cancel a cruise scheduled for the upcoming weekend, and see a psychologist for stress reduction.

I called her cardiologist to explain the request never expecting the reaction I received. He is successful and experienced, but when I brought it up, he became anxious, angry, and defensive. Why? He said he was leaving the case! I begged him not to and called the cardiologist she requested for a second opinion.

“We do not do in-hospital second opinions because we wish to maintain collegiality. Let her call my office when she is home, and we will see her as an outpatient.” She called that office for an appointment and was told the next appointment is in six months. I called three other groups and received the same answer of no second opinions on inpatients to maintain collegiality.

As a primary care physician, my decisions are questioned and second-guessed daily. Dr. Google, Dr. Cousin in NY or Boston, retired neighbor doctor offer opinions on my care regularly. It comes with the territory.

An anxious fit senior citizen suffering a frightening and unexpected heart malady should be able to obtain a second opinion without threatening the egos or collegiality of professionals. I called the medical staff office and hospital administration for help and was told to work it out with my colleagues.

As we examine our dysfunctional health system, we are quick to blame insurers, big pharmacy, and government interference. Medical doctors are not without blame. 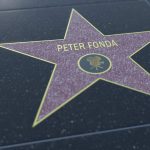 Sometimes it takes more than asking, "Are you OK?" 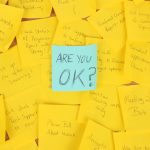