Every morning, after rounding on Mr. Gregory, I felt like an imposter. As I reported on the worsening crackles in his lungs, his decreasing urine output, the mottling of his hands, we continued to simply give him Dilaudid for pain and continued to ensure that he was “comfortable.”

In this case, I was at a loss for what this “comfort” meant. Mr. Gregory was the first hospice patient I had. And our lack of interaction and his inability to convey to me his discomfort made me feel that I was doing nothing for him and that I was simply watching him drown as his lungs became more and more filled. I thought of many ways I could make him just a little bit happier. Every morning after I saw him, I thanked him and asked him if there was anything we could do to make him feel better. The answer was always silence. That was my way of trying to restore his humanity, and of trying to restore my own humanity as his physician.

Every few days, I would call the wife of Mr. Gregory and give her updates. The update was always the same. But I did it diligently to ensure that she was on board with her husband’s dying process. Then one day, I ran into Mrs. Gregory while checking up on her husband. That day, instead of the usual two-minute check and silence between patient and doctor, I spent some time with his wife talking about everything that had led her husband to this point and about her ways of dealing with his death. “Is there anything we can do to make you feel better, Mrs. Gregory?” I asked before I left the room. Mrs. Gregory responded with no, but I could tell how much my words had meant to her, that the health care team was not just taking care of her husband, but of his family too.

From that day, I always made sure to round on Mr. Gregory at the time when I knew his family would be there. I got to know his wife, she got to know me, and through her, I restored the human interaction between my patient and myself.

Whenever I would walk into the room, the family would light up, their vigil for their patriarch interrupted by the stranger they knew was taking care of him in his final days. Mrs. Gregory often asked to see photos from my recent graduation and would ask me stories about my family and my life. I thought initially that these stories were simply a distraction from the sadness surrounding her, but I was extremely touched one day when I walked into a room of Mrs. Gregory’s friends without her being present, and the whole crowd knew my stories. When Mr. Gregory finally passed, there were no tears on either side. I have a soft spot for when patients pass and cry easily, but with Mr. Gregory, I was happy knowing that I had done exactly what he would have wanted me to do in his last days. As his wife told me, he would have wanted someone to take care of his family.

My experience with my first hospice patient taught me the answer to a question that I had had since medical school: What do you say to a dying patient to help them feel better? The answer was not with the patient directly, but in helping families get through this time in their lives. As health care providers, every interaction we have with patients is remembered far more by them than by us. Showing humanity to patients is every bit as important as treating them with medications. The way to show humanity to someone unable to interact with you is to ensure those close to him, who are even more disturbed by the patients’ lack of interactions and his condition, are taken care of.

The lessons I have learned from Mr. Gregory are not just applicable to death.

I will be starting my ophthalmology residency next year. I know that for my patients who are becoming blind, it is the family who will sometimes need even more support than the patient themselves as they cope with the fact that they are losing a critical aspect of a family member, and may need to alter the way their family operates.

As physicians, we are often so busy that family becomes a somewhat secondary part of a patient’s care, but in the case of a dying patient, it is the family that will teach you how to care for your patient as well.

Rabia Karani is an ophthalmology resident.

The scourge of the pediatric urgent care fellowship 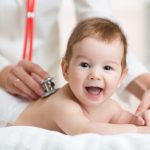