On several occasions, most recently during a press conference in March 2019, Speaker of the House Nancy Pelosi has advocated changing the voting age to 16. Pelosi told reporters that lowering the voting age would increase engagement in politics among younger Americans and would help drive a higher level of voter awareness and turnout.

Speaker Pelosi is not the only prominent lawmaker to advocate for a lowered voting age. Also in March, Representative Ayanna Pressley, of Massachusetts, proposed an amendment to the ‘For the People Act’ (H.R 1, 2019) to lower the federal voting age to 16. Additionally, in the Pacific Northwest, legislators have proposed an amendment to the Oregon Constitution that would reduce the voting age for statewide elections from 18 to 16.

If these prominent lawmakers attain this goal on a national level, the United States would be the second democracy in the developed world to adopt a voting age of 16 for all purposes. Since 2007, Austria has allowed people as young as 16 to vote in national elections.

Most arguments made against lowering the voting age have been on the basis of the maturity — or lack thereof — of 16- and 17-year-olds. Indeed, available brain science bolsters the argument to maintain the suffrage-age status quo. In fact, some might argue (although I am not doing so here) that neurobiological findings suggest rescinding the 26th Amendment to the United States Constitution and returning the voting age to 21.

Numerous scientific studies have sought to elucidate the mechanisms by which we restrain ourselves from impulsive action and rationally respond to critical arguments (characteristics that may pertain to making good decisions in the voting booth). Various research groups have designed experiments to administer behavioral tests to groups of teenagers and compare the results to those of adults. Unfailingly, teenagers have been found to be more impetuous than adults and be more likely to allow emotions to subjugate reason.

At the same time that their behavior was being evaluated, the subjects’ brain activity was assessed using specialized MRIs. It was determined that different brain regions were activated during decision making in teens compared to adults. Relatively increased activity the striatum (a deep part of the brain that is considered a primary component of the reward system) and insula (a part of the brain active during psychological conflicts) was seen in the teenage brain. In the adult brain, on the other hand, the activity of the prefrontal cortex (the area responsible for executive function and rational decision making) predominated.

The teenagers responded differently in these, and many other, tests compared to adults because the anatomy of the teenagers’ brains are not fully mature. Certain cells of the brain, also called neurons or grey matter, send their signals via axons, a part of a neuron that is like the television cable that brings signal from one area to another. The axons, also called white matter, can leak signal unless they are insulated by a fatty substance called myelin. Although the peripheral nerves, travelling through the body, are completely myelinated from a young age (allowing excellent physical coordination and strength), the axons of the brain do not become completely myelinated until the human brain fully matures at about 25 years of age. The last part of the brain to become myelinated is the frontal lobe, which is responsible for executive functions.

You probably do not need a neurosurgeon to inform you that teens are impetuous and emotional. But neurobiological evidence bolsters the argument that lowering the voting age to 16 would be a mistake and the recent calls by several prominent lawmakers to do so is misguided.

Medicine is my passion. I love my job, but I am human. 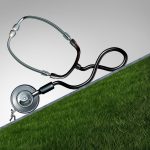 What is the best way to care for a dying patient? 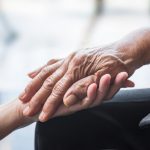