As a surgeon who specializes in gynecologic cancer, I have performed thousands of operations over my two-decade career. But the ones my team and I have done since the beginning of this year have been the most fulfilling. The reason? A simple yet remarkable adjustment in how we prepare for surgery has forever changed the way we now practice medicine.

The first of these “new” operations started when I asked to have Pink Floyd’s “Comfortably Numb” — a title so dripping with irony that it was impossible for the team not to notice (more on that later) — playing over the sound system as a patient entered the operating room. Although she was understandably tense, nervous, and frightened about having surgery, she relaxed upon hearing the music. I could see that from the smile on her face and the way her shoulders eased.

The transformation wasn’t so much due to the soothing nature of the music or the state of relaxation stressed in the lyrics (though I’m sure that contributed to it), but her understanding that the individuals operating on her knew enough to play her favorite music.

What our patient may have perceived as a thoughtful gesture didn’t occur by happenstance.

Months before I had been working with a mentor, a “career coach” who was guiding me along the peaks and valleys of my career. During one of our conversations, he revealed that he had prostate cancer and that his physician, Dr. Ash Tewari, had done something quite surprising: Tewari had asked to meet with him and his family, and then asked the family members if he could email them.

Why? He wanted them to share stories about the patient — his likes and dislikes, what made him special, and other information that would help his caregivers know and relate to the person behind the prostate cancer diagnosis. It was a small gesture that had an overwhelmingly positive effect on the patient and his family.

A lightbulb went off for me and I followed suit. I asked my patient permission to email her family members. Her husband revealed the nugget about her Pink Floyd fandom, a fact she hid from even her closest friends.

I took the same approach with my next patient. Her family wrote that she was a gospel singer in her church choir. So we played gospel music in the operating room before her surgery, making the sterile and uninviting room less ominous. Her tension and fear dissipated.

It was then that something magical happened. The surgical team wanted to know what was up with the different music being played. I explained how it wasn’t about the music but making a human connection. Inquiries about the emails followed. The team members wanted to read them, too.

This changed our approach to surgery. Our standard protocol had been to take a pre-surgical pause to prepare before a patient entered the operating room. It’s a scripted process in which we discuss important elements of the case. Following the pause, we apply our skills to the person lying before us — often without knowing who they really are.

Now we know who they are. Long before surgery is scheduled, we send emails to patients’ family members. Immediately before the surgery, we pause and read the email responses. In a recent case, Daniel, a patient’s 13-year-old grandson, wrote about his grandma’s special meatballs at their Sunday dinners and how he was terrified he’d never see her again or have her be part of those special dinners. “Please do your best today,” he wrote to us. It was a touching tribute — there wasn’t a dry eye among the surgical team. We went from that lump-in-the-throat moment to an adrenalin surge that resulted in a hyper-sense of focus. To a person, our attitude was, “We have to do an amazing job today.”

The power of an individual’s story is so strong that it can’t help but focus us on the humanistic side of medicine. It puts us in touch with our collective humanity. Sadly it is something that is most definitely at risk in the way health care is provided in the United States.

Technology may advance professional and personal pursuits, but it can also dehumanize us. We become comfortably numb and immune to a very real and damaging byproduct of the ongoing technological evolution. While “process” is paramount to every surgery, the patient — who should always be at the center of care — sometimes disappears. It can happen subtly in ways that surgical teams or other health care providers may not even notice.

We need to reiterate the intricacies of the surgical procedure, the prognosis, the expected outcomes and recovery times, but we also need to learn about Daniel’s grandmother, her Sunday dinners and amazing meatballs. We need to guard against dehumanization by learning about our patients’ amazing, individual lives and the impact they have on so many others’ lives, rather than knowing them only as “the gallbladder in room 302.”

The power of an individual’s story prevents us from becoming comfortable and focusing only on process. It brings out our best. It’s a reminder that a loved one’s note contains special words that enable us to make the human connection — the very thing that got us into medicine in the first place.

Benjamin Schwartz is an obstetrician-gynecologist. This article originally appeared in STAT News.

3 ways to change your mindset in continuing medical education 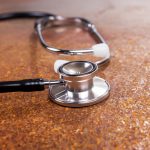