On an early August morning in 2010, my alarm clock went off. The day had finally arrived. Today was my first day as a medical student at the university I had always wanted to attend. High school had ended just a couple of months before, and today I felt completely different. After years in the same school with the same friends, today I was going to be all by myself. I only knew a few of my classmates, and our class was huge, 1300 people or so. What would my life be like in this new place?

I was feeling energetic and enthusiastic! This was the first day I was going to dress in all white clothes. In many universities, medical students had to wear an all-white outfit throughout the training years. This was the first day I was wearing my white clothes and my white coat. I felt happy and empowered. There was something about this, about the life transition I was going through that made me feel very special. Those white clothes represented a new beginning, one I had envisioned for a long time. They represented the profession I was about to embark on.

I quickly left my home and said goodbye to my parents. They were thrilled. Their youngest child was going to be a doctor. When I got to the university, I felt astonished about the white sea that surrounded me. Hundreds of my fellow classmates were hurrying to their classrooms. This was it. I had made it. I quickly got to the fifth floor to my 7 a.m. class — anatomy. In a couple of minutes, I was going to start discovering a new world. I knew everything had complicated names; there were hundreds of structures, veins, arteries, organs, nerves … I was about to start something fascinating.

While I was there anxiously waiting for my class to start surrounded by 30 anxious classmates, I started reminiscing about the day I decided I wanted to study medicine. In eighth grade, our biology teacher had been talking about plants for many months. I knew it was important information and useful knowledge. I did not, however, find plants entertaining. One day, when that term had ended, the teacher entered the classroom and started drawing a human body. She then drew the trachea, the esophagus, the lungs, the heart, the liver, the spleen. I remember how I immediately felt drawn to the chalkboard. She started explaining about basic human anatomy and physiology. I was so caught up with this new knowledge, that I did an exact copy of the teacher’s drawing in my notebook. It was amazing. That day I had discovered the beauty and complexity of the human body. That day I left the classroom with a different feeling. I thought I had found what I really loved.

My daydreaming stopped suddenly when our anatomy teacher entered the classroom. “Good morning, doctors,” she said. As I heard those words, I felt the strangeness of being called a title I was far from obtaining. How could I be called a doctor if I had only been here for five minutes? That day I learned that hierarchy in medicine was a thing I was going to live with for many years to come. The teacher said that we should be called doctors from day one because the enormity of our responsibility was something we should not forget. She later stated that half of us would not make it through medical school. I felt nervous. This all seemed too soon for me. Weren’t we there to learn? Some minutes later, the teacher asked everyone to state why they wanted to be doctors. “To save lives,” someone said. “I want to be a neurosurgeon,” another said. When it was my turn to speak, I naively answered the question: “Because I am intrigued by the human body and I want to learn how it works” To say that only some people in the classroom were surprised by my answer would be an understatement. A couple of minutes later, the class started, and the teacher started bombarding us with new information. It all went too fast. After the class, I felt overwhelmed by what was ahead of me. How on earth was I going to learn all this?

Two days later we had our first class in the amphitheater, where we would learn anatomy by dissecting the skin, muscles, and organs of corpses. I opened the door to a room with four corpses which, for educational purposes, were preserved in highly concentrated formaldehyde. When I entered, I was struck by a burning sensation in my eyes. At that moment, I saw the hand of one of the corpses. It seemed so real. It was astonishing to me to be there. Only hours after my first day which was filled with enthusiasm for all the things medicine would teach me, I was confronted with the other side of the coin. Medicine was life, but medicine was also death.

Nine years have gone by since those first days at university. I successfully went through medical school, and what I learned during my seven years as a medical student is difficult to put in words. I was thrilled; I was frustrated; I felt energetic; I felt exhausted; I was surprised; I was disappointed. Those years left hundreds of memories and experiences that shaped the person I am today. Nevertheless, it was that first day back in 2010 when I entered that world. That day, I was confronted with the best and worst feelings I had felt in my life up to that point. I never thought my first day in medical school would leave such accurate images in my mind. Now I realize why. That day was the beginning of the many discoveries that would follow as a person, as a doctor, and as a public health professional.

Sandra Hartasanchez is a physician and public health student. 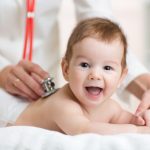 Why is health insurance so unaffordable? 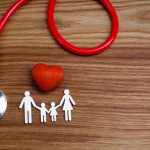