During the first week of medical school classes, we visited the anatomy lab. As far as I can remember, I had extremely mixed feelings on that day. I felt the thrill of taking my first baby steps towards my medical journey blending with a certain feeling of fear. Was I afraid of the pure existence of cadavers in that gloomy, long and hall-like room? Or was it the fear of embarking on a new adventure, in other words, the fear of one’s future?

It occurred to me that it wasn’t the sight of the covered cadavers that troubled me. As a matter of fact, the expectations that I already set before stepping into that lab brought about that fleeting thought of curiosity. The next day, we had to start our first dissection assignment, and thus we had to uncover our cadaver. As I was lifting the white cover, I felt as if I was struggling to feed that raging beast inside of me, to fulfill this curiosity. I was pretty aware that this beast’s appetite was insatiable, that it would drag down my emotional well-being as soon as I lay my eyes on our cadaver. Yet I did it.

As I think about that situation now, I think that back then, I refused to put my fascination with the medical “fantasy” in jeopardy. I had a firm belief that this is what I had to do. Maybe it was more about what I chose to do. This sight triggered an intense flow of emotions through my mind. I did what was needed to burst this immense bubble of memories. The same bubble that kept growing from the moment I laid my hand on the cold dissection table.

I started to recall the memories of my sophomore year. Back then, I still had this feeling of amazement and respect whenever I saw a medical student. To my surprise, my first roommate was a first-year medical student. I remembered how he used to describe his dissection tales whenever he came back in the evening. Why was it so easy for him? Why was dissection a trivial act for him? More importantly, why did I feel terribly weak and helpless next to that cadaver as if my excitement was getting drained?

I looked into my colleagues’ eyes, and I sensed the fear that was also ravaging them. Nevertheless, someone must have taken the next step. For me, the fear of fear itself made me take it. I had to forcibly dismiss the feelings I had because it was primordial for me to abolish any obstacle that would constrain my efforts towards pursuing a medical career. The price that I had to pay that time was defeating an unexplained fear.

I started palpating the cadaver’s back, and it felt like I was holding this man’s past right in my hands. My imagination molded a fantasy of a man whose life events were constructed at this exact moment. The warmness of his memories — that I personally imagined — overcame the chilling sensation that wrapped me as soon as I touched the cold flesh. I also verified how accurate Dr. Kalanithi’s description of his first day of dissection was in his autobiography When Breath Becomes Air.  Am I being transformed into that callous doctor? Maybe this book also contributed to the preset expectations that I had that day.

Undoubtedly, it wasn’t easy for me to take away whatever bad feelings I had over the weekend. I barely ate during that weekend, and the sight of the uncovered body kept haunting me every single moment. I tried to ask some of my colleagues about their experience. I sincerely hoped that they would share similar feelings. Many of them had an extremely similar experience, but many others expressed a certain indifference. I thought that they could be in a stage of denial, but as I think about it now, I realized that there is no predefined set of sensations that one must feel when dealing with these situations. I concluded that I fell into the same mistake that I made when I first entered the lab: setting predefined expectations.

This whole experience made me think about how I could tackle my fears in the future. Indeed, at the same time, I learned to respect the dead, to acknowledge that these people had a life filled with memories and emotions. I learned to appreciate the gift that they chose to give and even to respect them as cherished human beings. I don’t think that I would have done anything differently since the feelings that I thought were part of an imagined fantasy were nothing but a pure and genuine reflection of a person’s life.

Joseph Azar is a medical student.

How this physician started his consulting business 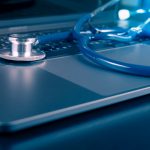