In my training in Sweden, it was not unusual to admit patients to the hospital for social reasons: an elderly person who could no longer manage at home, a person whose social network fell apart, and so on.

“Social reasons,” causa socialis, was a legitimate diagnosis (Swedes used more Latin than Americans, at least back then). And it was used with only mild grumbling. There was a clear understanding that the hospital was an important part of the social safety net. And, after all, it was ultimately tax dollars that paid for both medical and social services in the community.

In this country, these two types of services have little to do with each other. That is a problem.

For issues that could be either medical or not, Americans have a Newspeak vocabulary. I write frequently about “medicalization,” where for example more or less normal aging processes (wrinkles, osteopenia, low testosterone) become diseases.

The New England Journal of Medicine recently published a piece about the opposite term, “demedicalization,” exampled by a homeless, mentally ill patient who came to harm because he didn’t have a medically appropriate admission diagnosis.

Like its opposite, medicalization, demedicalization occurs at multiple levels, ranging from the conceptualization of etiology to the understanding of whether interventions for problems are appropriately medical or nonmedical. 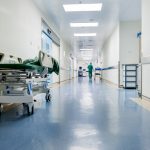 Before undergoing a test, ask whether it will make a difference in your care 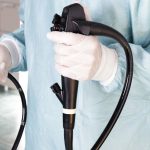 Hospitals are no longer an important part of the social safety net. That’s a problem.
3 comments