The New York University School of Medicine stunned the nation by announcing tuition for all current and future medical students will be free, irrespective of merit or financial need. Dr. Robert Grossman, dean at NYU, commented: “This decision recognizes a moral imperative that must be addressed, as institutions place an increasing debt burden on young people who aspire to become physicians.” NYU says their scholarship — which begins in the 2018-19 school year — is worth $55,000 annually.

Financing a medical education has, indeed, become a moral quandary. Over the past three decades, medical school tuition has quadrupled. The Association of American Medical Colleges (AAMC) estimates the cost to attend a public medical school is more than $240,000 and as much as $322,000 for four years at a private medical school – an amount which is more or less equivalent to the cost of a family home.

Demanding such a high degree of economic sacrifice brings with it a few complications. Physicians raised in more affluent households can afford it — enrollment statistics back up the higher rate of wealthier students — but they do not necessarily become better doctors than medical students originating from middle or lower-class families. And minority students, which are crucial to establishing diverse representation in health care, more often view cost as an insurmountable obstacle.

Unfortunately, high tuition is deterring medical students from entering the primary care fields. Nearly half of third- and fourth-year medical students say that their choice in medical specialty is directly influenced by projected income — or by debt burden. In the U.S., only 3 in 10 students choose the primary care specialties of internal medicine, family medicine, and pediatrics, which generally have lower salaries than more lucrative disciplines like cardiology, orthopedics, or anesthesiology. Ideally, 6 or 7 in 10 would choose a primary care specialty, however, surveys show orthopedists make $489,000 a year, compared with family practice physicians and pediatricians, who earn less than $200,000 annually.

As a member of the University of Washington School of Medicine Admissions Committee for more than 20 years, I have seen the number of applicants from underrepresented minority groups decline significantly. In my opinion, medical students should come from all walks of life, and have diverse educational, cultural, racial and socioeconomic backgrounds — and unfortunately, as the NYU experiment underscores, academic institutions are not addressing the overwhelming expense of medical school education and the issues that creates.

However, free tuition isn’t necessary a silver bullet. To really solve the problem of representation as well as improve quality of care, financial incentives should be tied to outcomes. Fortunately, a model for that philosophy exists right here in our region of the country.

The State of Alaska has a physician shortage, but they are addressing it through cooperation between northwest states and a program at the University of Washington School of Medicine.

Through the WWAMI (Washington, Wyoming, Alaska, Montana, and Idaho) program, tuition for UW-Alaska students is partially subsidized by the State of Alaska via payments to the University of Washington School of Medicine. Alaska views these subsidies as “loans” which are repayable upon graduation. Repayment can take two paths: the loan can be repaid in a standard plan with interest or can be forgiven by practicing medicine in Alaska. Complete loan forgiveness requires three years of working in a rural setting in Alaska or five years in an urban location in Alaska.

Students who are accepted to out-of-state private medical schools sometimes choose to go elsewhere in order to avoid the Alaskan commitment. However, for those who find the idea of medical school tuition far too onerous, this is a chance to fulfill their dream without tying themselves to such overwhelming debt in the long run.

As NYU’s bold philanthropic move is reverberating throughout academic institutions across the nation, I, for one, commend them on realizing the value young medical students hold for the future of healthcare in this country and backing that notion up with innovation and generosity. 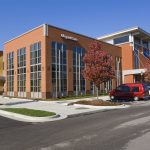 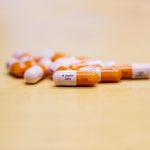