Failure is a guarantee. “Success” assumes that certain metrics have been set and that the words used to describe those metrics are understood in the exact same way by all parties involved. One patient with parotid cancer and given facial paralysis after surgery was thrilled to be alive. Another is furious about a widened scar.

The brain, primed to act on behalf of the organism, works at times without our input and leads us astray. Neuroscience has definitively shown that we can only process so much at once. What if Chabris and Simon’s “Invisible Gorilla” is a clavicular tumor, unseen on a routine chest film while analyzing possible airspace disease?

Adam and Eve messed up, fooled by the mind and temptation. The Bible tells an old story of failure of the human race, over and over again. Each time, something was learned, and not repeated by someone else. We are better off now because of it.

I have missed more than 9000 shots in my
career. I have lost almost 300 games. On
26 occasions I have been entrusted to take
the game-winning shot … and missed. And I
have failed over and over and over again in my life. And that is why I succeed.

Would 9,000 missed diagnoses make you the greatest of all time?

No doubt it would. If you survived.

There are innumerable examples of failure leading to immeasurable success. Check out “Tools for Titans” by Tim Ferris.

It turns out our predecessors and heroes were also epic failures.

Dr. John Gibbon invented the heart-lung machine with 20-plus years of research. His first patient died, the second was successful, the next two died. He left cardiac surgery from the outcomes. With his work, other pioneers led the field of bypass surgery to where we are today.
Dr. Gibbon’s missed shots left three babies dead.

Our mistakes are usually less sensational. Consider the family physician who sees 30 patients with multiple complaints a day. They have to see that many to make their production bonus numbers. Patient 29 that day has heartburn, a PPI is prescribed. The next day, the physician finds out the patient is dead from MI. Is there a silver lining in that?

Alas, our profession is in a crisis. 1,000,000 patients lose a doctor each year to suicide. The fire of medical burnout is blazing.

“Failure” in medicine means suffering and death, often at our hands. Now get back to work, and do not let the weakness show. Ridicule would follow, always at the hands of those terrified of having the role reversed. The target of the surgeon throwing instruments or the professor hurling insults during rounds is not the human at the other end. It is at all of their own errors and the Gods for putting them in this place. They don’t know this, and certainly, the poor souls at the other end don’t, either.

Why are stories of survival followed by thriving after extreme psychological stress so amazing? This is because they are rare in the most extreme sense. It is because we all have a breaking point, a psychological aneurysm on our ego’s aorta. If stressed enough, it will break. Maybe the individual lives, but somewhere the body suffers. Does the transient decrease in blood flow cause an ischemic organ? Does the patient suffer post-operative pulmonary embolism? TIA?

The mind works no differently, with an acute mortality by an error from your hands causing a rupture of the ego. You may live and return to work. Do you now handle conflict differently? Are your children now afterthoughts due to your constant worry over a future malpractice suit? Or, do you suffer from post-interventional morbidity, for example, the physician with depression admitted to the psych ward, terrified of this fact being passed onto the community and losing his credibility or license. How would you pay your student debt loans if that happened?

The aneurysm patient heads to rehabilitation, off from work many months. The surgeon returns to work the next day, so as not to show weakness. If you needed a day, it would be understood. But for how long? Someone has to take call.

Who can you turn to? The stigma associated with mental health is itself a cause for mental health disease, just like JCAHO causes as many problems as it solves. Pam Wible, in her book Physician Suicide Letters (yes, there is a whole book of these, and she could write a series) speaks of the system against openness. Physician assistance programs have been a contributor to this problem. Just read about Chris Dawson.

Every single one of us has distressing moments in this line of work. We are guaranteed to fail. Yet, when it occurs, we feel alone. Backed into an impossible situation, we kill ourselves at a rate higher than any other profession. We fail to heal ourselves.

I don’t have a prescription answer for this. Perhaps no single intervention can help. The only thing I can think of is to talk about it, and offer my own ear for anyone who needs it. I have been there myself.

Jason Chesney is an otolaryngologist and can be reached at Fail to heal and on Twitter @Failtoheal. 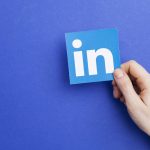 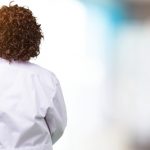 Why physicians should embrace failure
2 comments