There is a taboo in medicine. It is becoming less prominent, but it still exists. You’re not supposed to talk about money. Not how much something costs a patient, not how much you get paid, not how you invest, and certainly not about the freedom from medicine that financial independence can bring.

This first shows up as you are applying to medical school. You don’t want anyone writing a letter of recommendation or heaven forbid an admissions committee to get even a whiff of an idea that you might actually want to receive a paycheck for practicing medicine at some point down the road. It is reinforced throughout medical school and residency and persists throughout your career in interactions with your peers, your professional colleges, your board certification organization charging you thousands to take an online test, and your hospital.

Meanwhile, the business world and particularly the financial services world views you as a whale, ready to be harpooned. And all these little doctors in their own little silos who “love science and just want to help people” are taken advantage of one by one. It pisses me off.

But you want to know what makes me even madder? When I see doctors “money-shaming” each other. Reinforcing this taboo that you can’t talk about or even learn about business or finance because it’s “filthy, dirty money” and you’re a “bad doctor” to think about it. Let me give you an example.

Passive Income MD wrote a blog post a while back about how he is financially free from medicine. I read the post and thought, “That’s great. Now he can practice medicine if and how he likes. He’ll be a better doctor and take better care of people. Or, if he wants, he can get out of medicine and do something else that he finds more fulfilling. If he practices less or stops altogether, it allows the services of other doctors to be more in demand, keeping salaries high for everyone. How wonderful!”

Well, his post gets picked up by Doximity and shared. That’s wonderful too. I love it when my stuff gets shared with a larger audience, and I’m sure PIMD does too. There really is (almost) no such thing as bad publicity in this business. So I saw it in the email that Doximity sends out every now and then and took a look at some of the comments below his post. Most were very supportive, until I ran into one written by a psychiatrist, published under his real name (which I’ll leave out as it really isn’t relevant to my point):

Why did you go into medicine in the first place? It sounds like to get rich. Congratulations. Patients were a lousy revenue stream, too much maintenance. So you are free from an opportunity to do work that actually relieves suffering, and if you are half-as clever financially as you claim to be, you could have made a good living at. You are free from having to do the hard work of medicine. After practicing for 40 years, I still value using my competence to lighten the burden of disease on my fellow human beings, more than the fact I make a good salary doing so. You could have made more money if you had started with an MBA and a Law degree, and skipped the fake wanting to practice medicine. You are free from medicine, from hard work, from dealing with truly heavy responsibilities. Your narcissism is normative in American society. You are free giving, and free to take all you want. Enjoy! You exploited the profession, and now you can live the hedonism that is the core of your value system.

Hey kids! Get off my lawn! Seriously though, other doctors read this comment and say to themselves, “Self, be sure you don’t talk about money or financial independence to any of your colleagues because some of them are going to react like this.”

To the psychiatrist’s credit, he returned later down in the comments section and left a bit of an apology and a more nuanced, less inflammatory explanation of his views on the subject.

I call this sort of thing “money-shaming,” and I want you to quit doing it. Some of us are more altruistic than others. That’s always been the case. And there is someone more altruistic than you are. You’re a family doc working for $180K? Great. There’s a classmate down the road who is a pediatrician making $150K. And one who went into the military and worked for $120K while being deployed all over the world taking care of those defending your freedom. And someone else who works 3 days a week in the homeless clinic for a pittance. And someone who spends their vacation time in Colombia drilling wells for mountainous villages.

But the truth of the matter is that very few of us are willing to practice medicine for free. Especially on a full-time basis. In fact, it turns out that most of us wouldn’t be practicing as much as we do now if it wasn’t for the money. I have surveyed many groups I have talked to. I ask them if they’d report to work tomorrow if I wrote them a check for $10 Million today. They almost all say yes. But when I ask them if they’d be working less in a year (fewer shifts, shorter days, fewer patients per day, less call etc), they almost all raise their hand. My conclusion? Most doctors are working, at least partially, for financial reasons.

Why should that be a surprise? And why would it be a bad thing? Adam Smith pointed out centuries ago that, in general, we benefit each other and society as a whole as we pursue our own self-interest.  That’s capitalism. And it has led to the greatest increase in freedom, wealth, and humanity that this planet has ever seen. Nurses get paid. Teachers get paid. Garbagemen get paid. Judges get paid. Politicians get paid. Uber drivers get paid. That doesn’t diminish the value of the work they do. There’s a reason it’s called “work”–because they have to pay you to do it.

In fact, I would argue that the MOST selfless and altruistic doctors among us are the ones who are financially independent and still practicing because they love it. I would love to shorten the average time period between when a doctor comes out of residency and when she can practice merely because she loves it. But even then, I don’t expect her to work for free.

Celebrate the financial success of your colleagues

So my challenge to you is that rather than money-shaming your colleagues, you celebrate their successes. What a difference between going to FinCon (a conference of financial bloggers where you are invited to give a talk and everyone celebrates your achievement because you doubled your income) and a medical conference (where financial or business topics are generally given short shrift)!

When we start talking about paying off our student loans and our mortgages and avoiding whole life insurance and becoming millionaires and becoming financially independent then we’ll all, doctors and patients alike, be better off. If nothing else, at least a lot of salesmen masquerading as financial advisors will be driven out of business. 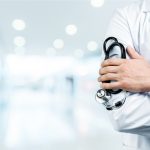 Remembering the age of polio 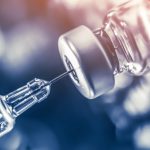 Stop the money-shaming in medicine
1 comments