So much of personal finance and investing isn’t about winning; it’s about not losing. That’s because investing is a single-player game; it’s you against your goals, not you against your neighbor or your partner or some yahoo on an internet forum. However, there are precious few whose ultimate financial goal is to be broke and if you can avoid doing that, well, that’s one mark of success. There aren’t that many ways for doctors to go broke. In today’s post, we’re going to discuss them so you can avoid them.

First, let’s get this one out of the way. For the vast majority of doctors, the decision to become a doctor means not only going broke, but becoming worse than broke. Broke is a net worth of $0. A typical medical student graduates with >$200K in student loans, and it usually gets worse before getting better. Just getting back to broke is a milestone worth celebrating for most docs.

Unfortunately, too many doctors don’t realize that income isn’t wealth and end up living their income instead of their net worth shortly after completion of training.

Aside from the usual pathway, there are a couple of other professional school associated ways to go broke. The first is for a medical student not to match. While that is relatively rare, the number of medical students who endure this financial catastrophe is far from zero. More than 1,000 U.S. medical students – the equivalent of the entire graduating class of ten medical schools – didn’t match. Some of them managed to scramble into undesirable positions. Others will wait around for a year, apply again, and match. But there is a certain number who will eventually walk away from medicine with all the debt and none of the income. This number is even higher if you chose to attend a Caribbean school, where overall match rates are 50% (but could be as high as 88% at the better schools, not adjusting for a much higher attrition rate than most U.S. schools see.) The fact remains that borrowing hundreds of thousands to become a doctor is a huge financial risk.

Becoming a “professional student” is also a great way to hurt your finances. 5 or 6 years in undergrad, a master’s, a special pre-med year, 4 (or more) years in medical school, an MPH, a long residency, a fellowship that doesn’t actually boost pay, and maybe a second fellowship can all add up to many years of lost earning potential and compounded student loans.

Leverage refers to borrowing money in an attempt to make money. Sometimes being highly leveraged pays off spectacularly well. A WCI reader bragged recently about becoming a millionaire in only 3.5 years using only $130K of his own money and investing in real estate. The problem is that leverage works both ways. If you leverage an investment 9:1 (think 10% down on a real estate property) and that property drops in value 10%, you’ve lost your entire investment. If it drops another 10%, you’re massively underwater. When your investments drop 50% in value and don’t recover for years, you declare bankruptcy. It’s practically impossible to go bankrupt without debt. That doesn’t mean that you should NEVER use debt, but don’t underestimate its risks, its temptations, and its effect on your well-being. Moderation in all things.

I had an elderly couple contact me the other day after having their entire nest egg wiped out well into a multi-year long bull market. They had ignored several basic investment principles – doing due diligence on advisors, diversifying, and not chasing income. But now they found themselves well into their 70s, not able (nor willing) to go back to work and living off Social Security. It sounds dumb, I know, but it happens all the time, even to otherwise very smart people. Diversification protects you from what you don’t know.

Here’s one that is even more common, although only about half as common among physicians as the average American. When a physician gets divorced, she typically loses not only half of her net worth, but a huge chunk of his ability to rebuild that net worth going forward. Want to make building wealth really hard or even impossible? Get divorced two or three times in the same lifetime. Marriage actually builds net worth, but do everything you can to “do it right” the first time. Date night is likely your best investment AND asset protection strategy.

There are a surprising number of doctors who go broke the old fashioned way – they spend all their money. Anonymous polls show that about 25% of doctors spend all, most, or more than their income. If you hang around here for long, this seems appalling, but I assure you it is very easy to spend all or most of a physician income. We currently spend something like $13-14K a month and we don’t even have student loan payments, car payments, or a mortgage. That’s not including charitable contributions or taxes either. We just live in a nice house, drive expensive cars, have a boat, eat well, and go on nice vacations. OK, a lot of nice vacations. A single-earner physician family making the average physician income can’t spend as much as we do and expect to ever build any significant wealth. So I fully understand how easy it is to blow through that whole doctor paycheck. But that still doesn’t give you permission to do it. We certainly didn’t do it when we were making the average physician income.

While driving a fancy car will keep the average American from ever building wealth, that’s probably not enough by itself to sink the typical doctor. It’s just not a big enough rock relative to income. But you know what is? A house. Especially in a high cost of living area. And especially if you become a constant renovator. And especially, especially if you change houses every few years and renovate the new one every time you move in. Being surrounded by the latest, like-new furnishings is incredibly expensive. Some mistakenly assume that all these improvements are good investments. The truth is that even the best renovations (usually kitchen and bath) only return 80% of their value when you sell the home, and that’s assuming you sell it right after you do the renovation, not 5 years later. Some improvements, like a roof, don’t add any value at all. Others, like a pool, could even subtract value to some buyers. Want to make it even worse? Buy a second home and renovate it. I knew a doc who had three homes at once and despite having two jobs wasn’t making any financial progress. While a home has some investment qualities, it is mostly a consumption item. Consume carefully.

Here’s another good way to keep yourself from building wealth, especially when combined with one of the other items on this list. Changing jobs, especially when the job is in another location, is very expensive. You have the home transaction costs (about 15% of home value), the moving costs, the opportunity cost (for the time you spend moving, credentialing, out of work etc.), and the practice or partnership buy-in. Be careful violating the one house, one spouse, one job recommendation. Try to get to know yourself and what makes you happy, evaluate potential jobs carefully, and get your employment/partnership contracts reviewed.

Last but not least on this list is the cost of a failed practice. Imagine a practice where the volume and payor mix steadily got worse while the costs of compliance and overhead gradually climbed. Most docs wait far too long to close it down and walk away because they don’t want to abandon their patients and employees nor admit defeat. But a failing practice not only prevents you from building wealth, it could even consume the wealth you do have. Some doctors assume they’re going to be able to sell their practice at retirement for a huge sum of money and instead of saving for retirement just concentrate on building the practice, assuming it can be sold for enough to pay for their retirement. Then when they realize they can’t find a buyer or have to sell it at “fire sale” prices, they end up with far less than they expected.

There you have it – eight ways to go broke as a doctor. It can be surprisingly easy. Take steps now and throughout your life to prevent it from happening. By not losing, you win!

Patients turn to GoFundMe when money and hope run out 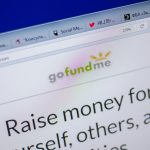 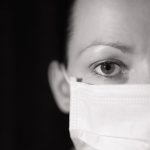