The Hippocratic Oath, as presumably most of us know, is the oath taken by physicians promising to uphold ethical standards in treating their patients. The four pillars of medical ethics primarily stem for this oath: autonomy, beneficence, non-maleficence, and justice. The world we see now is socially different compared to what it was when Hippocrates was alive. Physicians and policymakers in health care now face new ethical challenges that they need to adapt to. How we deal with drug abuse is an excellent example of that. It often sparks controversy about where the fine line is between doing what is in the best interest of patients and ensuring patients avoid harm. For me, this tension grew as I recently approached the idea of state establishment of supervised injection facilities (SIF).

SIF establishments allow illicit drug users to take their drugs under medical supervision with the aim of preventing harms associated with the improper use of needles, contaminated needles and the potential of overdose. I must admit that at the outset, I thought this idea was very unethical. I cannot imagine myself as a physician partaking in a service that facilitates and “glorifies” illicit drug use instead of working towards their prevention and saving lives. It appeared to me that SIF is the policymaker’s easy way out and I still do see it that way. However, I came to re-evaluate that position as the research on SIF services offered in Canada and Australia is compelling scientifically. There is evidence that rates of infections associated with drug use and overdose rates are both reduced.

So, if I were to eliminate the “bias” that could cloud my judgment about whether we should try out SIF or not, I would say that we should give it a shot. However, I remain concerned about how much are we “facilitating” drug abuse vs. working towards abstinence and rehabilitation. We might be “controlling” drug misuse at the SIF, but what about what happens on the outside? How are we going to manage violence if it occurs at the SIF? Should we criminalize substance abuse out of those facilities if we begin to establish them? Are we giving glamour to the drug culture? Shouldn’t we instead be making more strides towards reducing drug abuse rates instead of focusing only on reducing their harms? Why are we not solving the root problem? What if the root problem is more significant than what public health policymakers can handle? What if it is grounded on issues of education, inequality, socioeconomic status, and disparity? What about concerns of possible growing crime and social distortion at SIF neighborhoods? Does SIF make physicians accomplices in what should be seen as a bad act? What about medical liability? I think current research is still unclear about those answers. We need more research.

Insights from behavioral science tell us about the power of incentives in behavior change to break the cycle. So, if addiction is a cycle are we then incentivizing substance abusers to continue to take drugs if we establish SIFs? For those who disagree, how are we not? Behavioral science also gives us similar insights on sex education and the criminalization of HIV transmission. This brings up the question of whether we should advocate more for abstinence to manage addiction or focusing on harm reduction to manage addiction, which for illicit drug abuse there is limited research for. Will SIF implementation be seen as a sign that America is giving up on solving the drug crisis?

I think, in the end, it all comes to what your moral and political ideology is. So even though I now support establishing SIF pilot programs that not only focus on harm reduction but also treatment and abstinence, we still need to overcome federal political and legal challenges. It is extremely hard to separate science from one’s own ideology as evident in the political world now. Where is the silver lining? Are American values beginning to change away from the classic liberal approach that created the constitution?

Mahdi AlBasri is a physician.

Opioid cheating is a billion-dollar industry 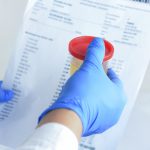 Doctor, when is your next vacation? 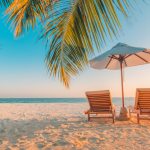