As a mom to two little girls, I understand the lure of online forums. With so many accessible tools — including Google, Instagram, and online support groups like Facebook groups — before a parent brings their child to the doctor, they will inevitably first post their inquiry online.

Or they’ll write: “My baby has had a fever of 135-degrees! Do I need to take her to the pediatrician or can she, just like, … sleep it off?”

The most amusing part of the exchange is inevitably the answers received:

“Oh my niece had that, and she put some tea tree oil, and it went away in 63 seconds. You gotta count.”

“A rash like that means they broke their wrist.”

“My baby has had a fever that high, and we put her in a cool bath. And it came right down!”

It appears that anyone with access to Google, WebMD or, sometimes, even a quick PubMed search, believes they can be a doctor.

If the parent is truly lucky, they may receive a helpful response such as: “Go to your pediatrician and stop taking medical advice from the internet.” But let’s be honest, these comments are a rare find.

While it’s normal for parents to reach out on social media for support, the problem with exchanging dubious medical advice is the serious danger of misinformation. People can place their children in real hazard — not out of malice or ill intent, but because they did not realize that what the advice they received was dangerous instead of helpful.

As a mother of two toddlers, I understand the draw of social media-based support — both professionally and personally. I am an active member of many Facebook groups that provide a unique platform for support and education, including groups with membership based upon profession, family, geography, and hobbies.

But as a fourth-year medical student planning to specialize in pediatrics, I also understand the real danger of Dr. Google. As long as I can remember, I’ve wanted to be a pediatrician. Following every recommendation of the American Academy of Pediatrics is simply a daily interest of mine (yes, I’m in a Facebook group for that, too).

So when I began medical school, I was ecstatic to embrace the role of a physician. Family members and friends starting asking me questions from day one of my first semester, and most of my responses were “… ummm … the Krebs Cycle?”

Joking aside, even as I become closer and closer to actually becoming a physician, I am still mindful to remind well-meaning friends to “Ask the expert. Go ask your pediatrician.”

Yes, evidenced-based medicine is hard to come by and requires a commitment to medical education and training. And that’s why until I have my pediatrics residency diploma, I’ll hold off on answering those questions about my neighbor’s kid’s cold. Because being a mom doesn’t make me an expert on kids’ health.

Shari Hirsch is a medical student. 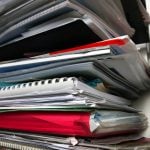 Attention PCP colleagues: We can do better with referrals 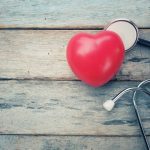