Physicians on the front lines of health care today are sometimes described as going to battle. It’s an apt metaphor. Physicians, like combat soldiers, often face a profound and unrecognized threat to their well-being: moral injury.

Moral injury is frequently mischaracterized. In combat veterans it is diagnosed as post-traumatic stress; among physicians it’s portrayed as burnout. But without understanding the critical difference between burnout and moral injury, the wounds will never heal and physicians and patients alike will continue to suffer the consequences.

Burnout is a constellation of symptoms that include exhaustion, cynicism, and decreased productivity. More than half of physicians report at least one of these. But the concept of burnout resonates poorly with physicians: it suggests a failure of resourcefulness and resilience, traits that most physicians have finely honed during decades of intense training and demanding work. Even at the Mayo Clinic, which has been tracking, investigating, and addressing burnout for more than a decade, one-third of physicians report its symptoms.

We believe that burnout is itself a symptom of something larger: our broken health care system. The increasingly complex web of providers’ highly conflicted allegiances — to patients, to self, and to employers — and its attendant moral injury may be driving the health care ecosystem to a tipping point and causing the collapse of resilience.

The term “moral injury” was first used to describe soldiers’ responses to their actions in war. It represents “perpetrating, failing to prevent, bearing witness to, or learning about acts that transgress deeply held moral beliefs and expectations.” Journalist Diane Silver describes it as “a deep soul wound that pierces a person’s identity, sense of morality, and relationship to society.”

Most physicians enter medicine following a calling rather than a career path. They go into the field with a desire to help people. Many approach it with almost religious zeal, enduring lost sleep, lost years of young adulthood, huge opportunity costs, family strain, financial instability, disregard for personal health, and a multitude of other challenges. Each hurdle offers a lesson in endurance in the service of one’s goal which, starting in the third year of medical school, is sharply focused on ensuring the best care for one’s patients. Failing to consistently meet patients’ needs has a profound impact on physician wellbeing — this is the crux of consequent moral injury.

In an increasingly business-oriented and profit-driven health care environment, physicians must consider a multitude of factors other than their patients’ best interests when deciding on treatment. Financial considerations — of hospitals, health care systems, insurers, patients, and sometimes of the physician himself or herself — lead to conflicts of interest. Electronic health records, which distract from patient encounters and fragment care but which are extraordinarily effective at tracking productivity and other business metrics, overwhelm busy physicians with tasks unrelated to providing outstanding face-to-face interactions. The constant specter of litigation drives physicians to over-test, over-read, and over-react to results — at times actively harming patients to avoid lawsuits.

Patient satisfaction scores and provider rating and review sites can give patients more information about choosing a physician, a hospital, or a health care system. But they can also silence physicians from providing necessary but unwelcome advice to patients, and can lead to over-treatment to keep some patients satisfied. Business practices may drive providers to refer patients within their own systems, even knowing that doing so will delay care or that their equipment or staffing is sub-optimal.

Navigating an ethical path among such intensely competing drivers is emotionally and morally exhausting. Continually being caught between the Hippocratic oath, a decade of training, and the realities of making a profit from people at their sickest and most vulnerable is an untenable and unreasonable demand. Routinely experiencing the suffering, anguish, and loss of being unable to deliver the care that patients need is deeply painful. These routine, incessant betrayals of patient care and trust are examples of “death by a thousand cuts.” Any one of them, delivered alone, might heal. But repeated on a daily basis, they coalesce into the moral injury of health care.

Physicians are smart, tough, durable, resourceful people. If there was a way to MacGyver themselves out of this situation by working harder, smarter, or differently, they would have done it already. Many physicians contemplate leaving heath care altogether, but most do not for a variety of reasons: little cross-training for alternative careers, debt, and a commitment to their calling. And so they stay — wounded, disengaged, and increasingly hopeless.

In order to ensure that compassionate, engaged, highly skilled physicians are leading patient care, executives in the health care system must recognize and then acknowledge that this is not physician burnout. Physicians are the canaries in the health care coalmine, and they are killing themselves at alarming rates (twice that of active duty military members) signaling something is desperately wrong with the system.

The simple solution of establishing physician wellness programs or hiring corporate wellness officers won’t solve the problem. Nor will pushing the solution onto providers by switching them to team-based care; creating flexible schedules and float pools for provider emergencies; getting physicians to practice mindfulness, meditation, and relaxation techniques or participate in cognitive-behavior therapy and resilience training. We do not need a Code Lavender team that dispenses “information on preventive and ongoing support and hands out things such as aromatherapy inhalers, healthy snacks, and water” in response to emotional distress crises. Such teams provide the same support that first responders provide in disaster zones, but the “disaster zones” where they work are the everyday operations in many of the country’s major medical centers. None of these measures is geared to change the institutional patterns that inflict moral injuries.

What we need is leadership willing to acknowledge the human costs and moral injury of multiple competing allegiances. We need leadership that has the courage to confront and minimize those competing demands. Physicians must be treated with respect, autonomy, and the authority to make rational, safe, evidence-based, and financially responsible decisions. Top-down authoritarian mandates on medical practice are degrading and ultimately ineffective.

We need leaders who recognize that caring for their physicians results in thoughtful, compassionate care for patients, which ultimately is good business. Senior doctors whose knowledge and skills transcend the next business cycle should be treated with loyalty and not as a replaceable, depreciating asset.

We also need patients to ask what is best for their care and then to demand that their insurer or hospital or health care system provide it — the digital mammogram, the experienced surgeon, the timely transfer, the visit without the distraction of the electronic health record — without the best interest of the business entity (insurer, hospital, health care system, or physician) overriding what is best for the patient.

A truly free market of insurers and providers, one without financial obligations being pushed to providers, would allow for self-regulation and patient-driven care. These goals should be aimed at creating a win-win where the wellness of patients correlates with the wellness of providers. In this way we can avoid the ongoing moral injury associated with the business of health care.

A better way to handle patient handoffs from the hospital 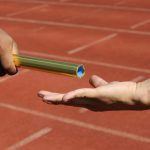 Growing up with women in emergency medicine 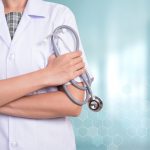