When news broke that Dr. Atul Gawande had been named CEO of the Amazon-Berkshire-JPMorgan Chase health care partnership, industry insiders were quick to raise doubts about his credentials.

Some pointed to his limited administrative experience, questioning how someone who has never managed a hospital or health system could oversee the care of some 1 million patient-employees. They also noted that the surgeon and bestselling author doesn’t know much about running an insurance company or contracting with providers or wading through the murky waters of benefit reimbursements, either. How, then, will he navigate the industry’s complex regulations and requirements?

Contrary to his critics’ intentions, these kinds of questions do not reveal Dr. Gawande’s shortcomings. They reveal an industry ripe for disruption. Asking how Dr. Gawande will function within the current health care system assumes that Dr. Gawande wishes to maintain the current system. He does not. And neither do his new bosses.

Jeff Bezos, Warren Buffett, and Jamie Dimon did not hire a big-thinking industry outsider to set up a conventional insurance system or haggle with doctors and hospitals over prices. Dr. Gawande was selected to fundamentally change how health care is structured, paid for and provided. He was hired to disrupt the industry, to make traditional health plans obsolete, and to create a bold new future for American health care.

And from that perspective, Atul Gawande is an excellent choice.

I met Atul more than a decade ago. After reading his first book, Complications, I invited him to speak with the board of the nation’s largest physician organization, the Permanente Medical Group. There, the rising surgeon explained his vision for making operating rooms safer.

By following a checklist of steps, he said, surgeons could reduce medical errors and complications. Many in the room that day weren’t sold on the idea that “cookbook” medicine would save more lives. They were wrong. Today, Dr. Gawande’s approach is standard in one-third of all operating rooms worldwide. His writing, research, and tireless patient advocacy has, by my estimation, saved tens of thousands of lives.

Over the years, Atul and I have continued to exchange ideas and perspectives on health care. And having straddled the dual roles of surgeon and CEO, myself, I am continually amazed by the clarity of his vision, and his ability to change people’s actions by changing their perceptions.

For example, the day after his new role was announced, Dr. Gawande made a scheduled appearance at the annual meeting of America’s Health Insurance Plans (AHIP). He was there to speak about his latest bestseller, Being Mortal, but Dr. Gawande also used the opportunity to reframe how members of the nation’s largest health insurance association perceive aging, end-of-life care and the excesses of treatment so pervasive in medical practice today. I expect him to do much more of this — altering expectations and improving behaviors — in the future.

So, what will the future of Dr. Gawande’s high-profile health care venture look like? It’s too early to be sure exactly what steps he will take. And, just like with his operating-room reforms, we shouldn’t expect immediate, widespread changes. But I’m confident he will pursue at least three major reforms. Each will radically improve how care is paid for and provided — and each will radically alter how health care providers must function to survive in the future:

1. Taking out the trash. It’s estimated that 25 percent of all U.S. health care spending (about $765 billion each year) is wasted. From arthroscopic knee surgeries for chronic cartilaginous injuries to chemotherapy administered in the last month of life, insurers have long reimbursed unnecessary claims and perpetuated a fee-for-service model that rewards doctors for providing more (not better) care. Dr. Gawande has witnessed the excesses of modern medical treatment first-hand, cataloging in his essays the toll wasteful care takes on patients, including his own friends and family. I believe one of his first operational goals will be to root out wasteful spending and services, not as a way to ration care, but as a tool to improve clinical outcomes.

2. Creating a checklist. Gawande earned national acclaim with his 2009 bestseller, The Checklist Manifesto, inspiring an entire industry to double down on evidence-based medicine. From the exam room to the operating room, doctors today follow a clear set of protocols that Dr. Gawande helped establish. He’s currently focused on extending these successes to other areas, including maternity care and the treatment of patients with complex and chronic diseases. For example, the doctor has observed how the best health care providers can help 90 percent or more of their patients control high blood pressure. And yet the national control rate is just 55 percent. Left to their own devices, physicians prefer to follow their guts when diagnosing and treating patients. Dr. Gawande knows that, most of the time, science (not intuition) saves more lives, raises the quality of care and lowers costs.

3. Being human. In Being Mortal, Dr. Gawande shines an unflattering light on end-of-life care in America, revealing that treatment for our nation’s elderly is often expensive, ineffective and inhumane. He has long been an advocate for the model of clinician as counselor, not as technician, and for the power of palliative care to make end-of-life treatment more compassionate and personal. His stories about his own father and mother are moving, and underscore the emotions driving his desire to improve care for our nation’s sickest patients.

Right now, the biggest mistake anyone in health care could make — be they the traditional health plans at the AHIP annual meeting or those deriding the new CEO’s credentials — is to assume Dr. Gawande and his bosses will be satisfied with the status quo.

We shouldn’t expect the new venture to stop or stall once it has figured out how to deliver excellent, low-cost care to 1 million employees. In time, this high-powered team will master the nuances of health care’s rules and regulations and, once they’re able to turn theory into operational excellence, the future of health care will begin.

I predict the Bezos-Buffett-Dimon cooperative will become a for-profit company that sells its expertise to dozens, possibly hundreds, of large corporations, each of them eager to offer their employees better health care at a lower cost. And once smaller companies see 30 percent improvements in both quality and cost, they too will prefer the new model to the old. And when that happens, the traditional health insurers, hospitals and independent physicians who refuse to change will become obsolete. If you have any doubt, just ask the former CEOs of Kodak or Borders, or the current executives at Yellow Cab, or anyone who has faced the business end of disruptive innovation.

The good news for health care’s incumbents is that the change process will likely take five to 10 years to solidify. The bad news is that the clock just started ticking.

A patient dying of financial catastrophe 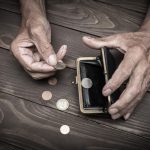 Job security in medicine is a myth 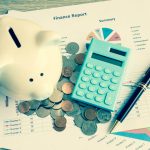 Will Atul Gawande succeed as a health care CEO?
20 comments