I am not a doctor of finance.  I’m a medical doctor.  So when I enter an elderly patient’s home, I’m not expecting to do a wallet biopsy.  Whether they can pay me or not is of little consequence.  I do think, however, about whether they will be able to afford the care I prescribe.  Will they have enough to pay for that extra caregiver?  Is there cash to keep a roof over their head, food to nourish them?  These considerations only became a part of my practice as I grew experienced enough to move past the initial medical reasons that I was being called for.  Not only health, but finances can be heartbreaking.  Over many years of seeing my patients suffer and die from disastrous medical illness, I find it curious that I can’t seem to let go of the unbearably sad story of Isabel. She was chronically ill and suffering.  Alone in the world.  And then she became a hundred and homeless.

I was not her financial advisor.  So I can’t tell you how she ended up a hundred and homeless.  Maybe she never truly owned the home and was still paying the mortgage.  Maybe she did a reverse mortgage as the years passed and her body refused to succumb.  She possibly took a line of credit on her home to pay for a full-time caregiver?

I don’t know the specifics.  As her doctor, I drove up to her run down bungalow at the corner of her now ultra-modern neighborhood.  Over sixty years in the same house, the neighborhood had turned over multiple times.  With the new owners came contractors and tradesmen.  Her block looked nothing like it had when she moved in.  Her house had become a relic of what once had been.

Sixty years ago, her husband hoisted her over his shoulder and carried her through the very same entrance that still stands today.  He lived and eventually died there.  Her little boy had danced through the rooms and played outside in the yard.  Years after both of their deaths, those ancient walls held so much more than studs and nails.  They defined a life long gone but not forgotten.  A life mourned for.

She outstayed her welcome

Who thinks they will live past a hundred? Who thinks they will find themselves a hundred and homeless?  Isabel sure didn’t.  As the decades passed, her wishes became simple and straightforward.  To live the rest of her life, and die in the place where memories bounced off the ceilings and reverberated in the halls.

The notices came every month.  Her balance was overdue.  Her caregiver, aging in place along with Isabel, had to fetch her reading glasses to try to interpret the minute mathematical equations that skittered across the page.

Eventually, her attorney delivered the bad news.  Isabel was bankrupt.  Her caregiver would have to be let go and the house sold.  The money from the sale along with Medicaid would provide for a comfortable bed in a nursing home down the road.

Isabel is not truly a hundred and homeless.  She has a ceiling over her head and three meals a day.  But her beloved caregiver has been taken away.  The four walls in which her family lived and died are scheduled to be knocked down by yet another contractor.  All evidence of the past erased.

Her mental status has started to decline.  Removed from familiar surroundings, she has no connection to the nurses and aids that scurry in and out of her room.  She has no family left.  Her friends have all died.  Her caregiver, her only link to the outside world, has had to look for work elsewhere.

I believe that she wishes that she had died long ago.

A sad story, for sure, but not uncommon.  Medical science can help bodies live and thrive longer, but our social structures and governmental entities are lagging woefully behind.

We give physiologically and then take away financially.

Our community would never let Isabel suffer from lack of health care.  Medicare and charity will cover whatever medical needs she has.  Yet she is dying from something more fundamental.  More elemental. 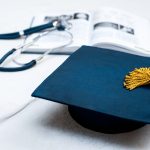 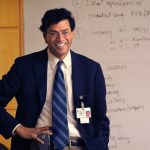