I’ve written previously that financial independence is plan B.  Plan A, of course, is life.  Your work and time are precious, and life is too short to be wading through a morass of unhappiness only to get to some endpoint or goal. While I definitely believe in front-loading the sacrifice, the cost should not have to be misery.  Physicians, in particular, tend to look at their job as a calling.  As such, many continue to work long after they have reached financial independence.  No matter what stage of your career, however, I believe that every doctor should have a plan B.

It pains me to write these words.  For many of us in this profession, we couldn’t see ourselves doing anything else. Unfortunately, this most stable of professions has become less and less trustworthy over the last few decades.  I knew from the early stages of my career that there was inherent weakness in my so-called bulletproof profession.

Every doctor should have a plan B because there is a world of compliance and disruption coming our way.

Arguably one of the most feared phrases in the English language.

The government has its hooks in the American health care system, and there is no sign that there is going to be relief any time soon.  Not only is Medicare the biggest payer, but also the government has taken on the monumental task of regulating and streamlining the whole kit and caboodle.

What this means to physicians:

The government holds physicians responsible for a large swath of what is going wrong with health care today. The job is not going to get any easier.

Have you ever heard of Watson?  This computer, by IBM, has been used to analyze medical data.  It is widely believed that systems, such as this, will be able to function at a much higher level than human doctors.

We physicians have a target on our back.  Seen by the health care system as both a cost center and error-prone, the powers that be would love to have a computer program replace most of the cognitive-based physician specialities.  They reason that electronic doctors will be cheaper, more accurate, and easier to access.

The future is here.  Many businesses have been disrupted and eventually destroyed by advances in technology.

There are many others taking aim at the target on the back of the modern-day physician.  Given the cost of physician care, and the possibility of a provider shortage, nurse practitioners, and physician assistants are stepping up to take on the brunt of the burgeoning need.

You can see the change in the educational classification.  Nurse practitioner programs are now only being classified as doctorate programs.

Every doctor should have a plan B; their job is going to be given to someone with less training who will accept a lower salary.

So, all is not hopeless.  Being a physician still ranks as both a secure and fulfilling profession.  I would advise, however, that there are many ways to protect oneself.  Every physician should have a plan B.

I developed mine in several different ways.  First, I took advantage of a number of lazy side hustles in which I got paid by private companies for work product outside the patient-physician visit and unfunded by Medicare.  Second, I developed a secure savings and investing plan that included uncorrelated assets like real estate.  And third, I specialized in hospice and palliative care later in my career to carve out a niche that is unlikely to be taken over by allied health professionals. 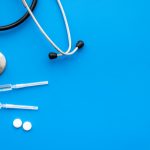 Should I or shouldn’t I? The dilemmas faced by the chronically ill. 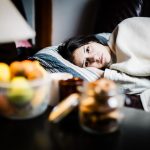 Every doctor should have a plan B. Here’s why.
3 comments