It has become a sign of legitimacy to call a personal problem “medical.”  This aims to distinguish the problem from those of morality or character.  It implies both that the problem is serious, and that it is unbidden and largely out of the sufferer’s control.  Unfortunately, it isn’t clear what exactly qualifies as “medical,” so this label serves more as a rhetorical device than a scientific finding.

Alcoholism is the paradigm and perhaps least controversial example.  Through the 19th Century, alcoholism was variously declared a disease, or a matter of will and character.  The disease model gained prominence in the 1930s and 40s with the “powerlessness” identified in the 12 Steps of Alcoholics Anonymous, as well as researcher E.M. Jellinek’s descriptions of progressive stages and subtypes of alcoholism.  The American Medical Association declared alcoholism an illness in 1956 and has endorsed the disease model ever since, partly as a strategy to ensure insurance reimbursement for treatment.

The model expanded to include other abused substances with the formation of Narcotics Anonymous in the 1950s, and as a result of widespread recreational drug use in the late 1960s and early 1970s.  The specialty of addiction medicine was first established in 1973 in California.  The American Society of Addiction Medicine now states: “Addiction is a primary, chronic disease of brain reward, motivation, memory and related circuitry.”  Proponents of the disease model of addiction cite many documented brain changes and a plausible neuropathology, as well as the presence of genetic risk factors, cognitive and emotional changes, impaired executive functioning, and disability and premature death.  The model purportedly destigmatizes addicts — they are no longer “bad” or “weak” people — thereby making it more acceptable for them to seek treatment.

Nonetheless, the disease model of addiction remains controversial.  In addition to the existence of alternative models, the disease model itself has been criticized.  Some believe it removes personal choice and responsibility, and actually contributes to the problem of addiction.  Others cite surveys of American physicians who consider alcoholism more a social or psychological problem — even a “human weakness” — than a disease.  Critics note that about 75 percent of those who recover from alcohol dependence do so without seeking any kind of help, and that the most popular and recommended treatment, Alcoholics Anonymous, is a fellowship and spiritual path, not a medical treatment.

Behavioral addictions to gambling, sex, pornography, the internet, video games, and food are described in language that explicitly parallels addiction to alcohol and drugs.  The same brain pathways are implicated.  Accordingly, these problems are called medical as well.

Addiction is not the only domain that has been declared, often somewhat stridently, as medical.   Depression has been deemed a medical issue for several decades now, using much the same rationale.  The push to frame all psychiatry as neurobiology is a larger matter.  But here, too, documented brain changes, genetics, and characteristic signs and symptoms underlie a rhetoric that may, or may not, decrease stigma and facilitate treatment.  Moreover, a number of other behaviors and traits, formerly considered bad habits or personality quirks, are now reified as discrete psychiatric disorders (not the same as diseases, but close): shyness is now social anxiety disorder, misbehaving kids have oppositional defiant disorder, and so forth.  What are the risks in subsuming more and more of human experience into nosological categories?

One risk is that medicalizing problems may hide political or other bias.  The most shocking historical examples include drapetomania in the U.S. and the misuse of psychiatry in the former Soviet Union.  Yet even well-meaning efforts to highlight a social problem, give it gravitas, and impart a clinical, impersonal air to one’s opinions can result in this sort of over-reach.  Examples include the “politics is part of pediatrics” antiwar stance of famed physician-author Benjamin Spock, and Physicians for Social Responsibility, a group that opposes nuclear arms from a medical perspective.  Most recently, some mental health professionals have published impassioned statements characterizing President Trump’s behavior in medical/psychiatric terms.  Such statements have no medical purpose: they neither clarify Mr. Trump’s behavior (which is well known to all), nor change it.  Their effect, if any, is solely on electoral politics.  Medical language can thus amount to little more than grandstanding.

A related risk of medicalization is that it may lurch toward absurdity.  Suicide, that profoundly personal matter studied by poets and philosophers as well as scientists, also may be deemed a disease.  This confuses disease with symptom — as if “headache disease,” for example, were touted as a new diagnostic entity.  No doubt there will soon be measurable brain findings that distinguish suicidal people from non-suicidal people; no doubt such findings, too, will soon distinguish the state of having a headache from the state of not having one.  In this nascent era of functional brain imaging, is it sufficient to see something “light up in the brain” to call it a medical problem?

Doing mental arithmetic is detectable by fMRI.  Is math a medical issue?

A plainly medical disease such as diabetes results from nature and nurture, genetics and environment.  What makes it medical are not its causes.  The effect of diabetes on the human body, the fact that it historically has been treated by physicians, and to a lesser degree the nature of its treatment make it medical.  Addiction also appears to result from genetics and environment, to have consistent effects on the human body, and for a few decades at least, has been treated by physicians.  Its treatment, though, is mostly non-medical in the usual sense of the term, i.e., not pharmacological or surgical.  There are strong behavioral and psychological aspects to addiction, and often sociocultural ones as well.  It is thus not surprising that its status as medical remains, to some, a matter of debate.  However, by the time we get to war, nuclear arms, a heretofore unimagined presidency, or suicide, we are talking about matters that have no consistent findings in the human body, are not historically treated by physicians, and respond almost exclusively to non-medical solutions.  The phrase “medical issue” can’t stretch to cover this territory, no matter how fervently physicians would like to weigh in.

In the future, more and more brain function will be open to scrutiny.  As our brains mediate all human behavior, advancements in functional imaging and similar technology may tempt us to declare any and all products of the human mind “medical issues.”  Problems such as prejudice, racism, violence — or, from other viewpoints, liberalism, collectivism, and the like — may be claimed as the physician’s to treat.  It will be hard to resist this temptation; doctors like to fix things.  But the cost of succumbing is to reduce medicine to threadbare rhetoric, weakening our moral status as healers of the human body.

Separating children at the border is a danger to their health 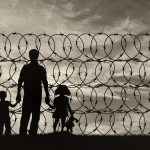 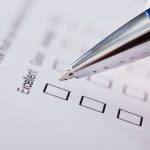 When does a condition become a medical issue?
10 comments