In his lifetime, William Shakespeare wrote almost 120,000 lines and about 900,000 words. His 37 plays and 154 sonnets burnished his reputation as the unrivaled wordsmith of the English language. So what would the Bard, who had something to say about everything, have said about palliative care of the suffering of the sick? Although I couldn’t resurrect him from his venerated grave, I could unearth quotes from his collective works which addressed the question of human suffering. My interview with William Shakespeare, I imagined, would go like this:

Mr. Shakespeare thank you for agreeing to chat with me. I read that in Queen Elizabeth’s England unrelieved pain was pandemic in the Old World and that unrelieved physical anguish was equally rampant in the New World. Caring for the physical, psychological and spiritual pain caused by disease is a challenge that is not being met everywhere even today. Can you tell me why you wrote so poignantly about harsh human suffering?

O, I have suffered with those I saw suffer! A brave vessel who had no doubt some noble creature in her – dashed all to pieces! O, the cry did knock against my very heart! Poor souls, they perished!

Well, half a millennium more than four centuries after you wrote these words the sick are today still being “dashed all to pieces,” and it is still underappreciated. But those whose death is closing in on them and their loved ones desperately need to be told the truth about their prognosis.

Doesn’t a prognosis provide predictive information which helps to develop a coping strategy of suffering? In your opinion, can’t the sick just keep a stiff upper English lip as they face the end of their life? Is being prepared by their physicians for death is all that important?

Tis a vile thing to die, my gracious lord,
When men are unprepared and look not for it.
Though Death be poor, it ends a mortal woehan

Vile? Well, Mr. Shakespeare, I can see why you are the inestimable wordsmith! Vile is a tiny word that expresses something that is painful which the lack of palliative care is. In 20th century parlance, we say “regrettable” when we mean vile. Perhaps, 16th-century expressions might facilitate more progress in overcoming the lack of palliative care.

Incredibly, today many physicians continue to treat a patient for a cure when there is no hope of a cure. What would you say about a doctor who only fights death and but not the suffering of the dying?

There is no more mercy in him than there is milk in a male tiger.

“A male tiger” – you really are a poet! I feel your passion for palliative care. I sense you are implying that those unfortunate patients who have been mastered by their disease can have their sufferings ameliorated by being told the fateful truth about their fate. Are saying that those in anguish can have their hearts heartened even when facing brutal truths by being surrounded by truly caring souls who will comfort them?

Who alone suffers most i’ th’ mind,
Leaving free things and happy shows behind;
But then the mind much sufferance doth o’erskip
When grief hath mates, and bearing fellowship.

I have imagined that you have actually visited with patients who were in physically painful and emotionally doleful conditions as death encroached into their lives. How have they described the lack of palliation for their sufferings?

For now they kill me with a living death.

“Living death” – sounds like something right out of your plays, however, we are not talking about fictional plays but real patient’s lives. It seems many doctors focus their care just to prevent death. But many patients do not want to fight death to the very end with all the therapeutic might that medicine can muster. They want to be comforted when they cannot be cured. What have those poor souls overcome by their disease without hope of recovery told you about having curative treatments being inflicted on them all the way to the very edge of their death?

Tired with all these, for restful death I cry.

Yes, death is a respite from unnecessary suffering when all that curative treatment leads to is more suffering. It seems meaningless if patients are being kept alive but don’t actually have a life any longer – just existing to be sick. You wrote in “Hamlet”: “Whether ’tis nobler in the mind to suffer the slings and arrows of outrageous fortune, Or to take arms against a sea of troubles, And by opposing end them.” Are you saying mercy is necessary to aid patients with outrageous suffering from their unfettered diseases? Why is mercy critical in caring for those adrift in a sea of suffering?

Mercy? Wasn’t that one seven cardinal virtues in your day? I see your point about the need for mercy in the care of those who walk the agonizing path leading to the end of their lives. Do you have any closing thoughts about why mercy benefits the patient and doctor alike?

The quality of mercy is not strained;
It droppeth as the gentle rain from heaven
Upon the place beneath. It is twice blest;
It blesseth him that gives and him that takes.

– The Merchant of Venice

Mercy would be a blessing. It is a doleful tragedy that these merciful blessings cannot be experienced by all the dying and their doctors. We all aspire that when your past words are read, our present suffering sick will have more attention paid to what is sometimes as a wretched way of death. It not imaginary to hope that the suffering souls of today could better palliative care than their anguished ancestors in Elizabethan England.

Thank you, Mr. Shakespeare. Any last words about the goal of palliative care of the sick?

How to make sure your vacation isn't a medical disaster 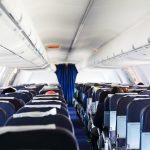 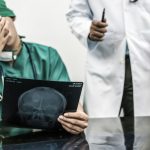