The phrase became so popular with the advent of smartphones that Apple even trademarked it. There are currently 3.8 million apps available on Android devices and over 2 million available to Apple iPhone users.

Does that mean that we’ve reached a limit on new and useful apps that can be created? Absolutely not. Especially in the medical world, it seems as if there’s so much room to innovate.

Creating an app as a physician

Perhaps you’re an OB/GYN and you’re trying to find a HIPAA compliant way to communicate with patients off-hours, then you might create something like Call Simplified. Or perhaps you’re a Urologist and want to help your patients better track their daily urinary tract symptoms, medication, and behavioral patterns, as well as offer personalized tips for UTI prevention, then you might create UTI Tracker.

Maybe you’re just a physician looking for a side hustle and looking for passive income, then creating an app (both medical and non-medical) that meets a specific need can end up being a lucrative income stream if enough people use it.

How difficult is it?

Creating an app isn’t as difficult as you probably think it is. Now I’m not saying it’s easy, I’m just saying that with recent technological advances and a subsequent explosion of new resources, that means you can now turn your vision into reality a lot easier than in years past.

In this post, I’ll give you a primer on the basic stages of creating an app – Planning, Designing, Development, and Testing as well as some other considerations like monetization.

To get started, take out a pen and paper and map out what you want your app to accomplish and consider its mission and purpose.

Planning: Draft and research your idea

Next, draft an image of what you want your app to look like. As you sketch your app on paper, you’ll want to research competitors and consider the following:

The next step is turning your app idea and sketches over to a developer who can help you create a blueprint.

Your basic team will consist of developers and marketers.

Marketing is another beast altogether, so for this post, I’m going to stick to finding a developer. But know that a good app without marketing isn’t much help. There’s no use having an app if no one knows it exists.

To help you build your app development team, here are some options:

When you work with developers, they’ll turn your app into a viewable design while working on its technical aspects. You may hear the terms UI and UX tossed around at this stage. UI stands for User Interface and UX stands for User Experience. Without getting too deep into the woods, User Interface is essentially the design of the app (what you see) and User Experience is how the app functions (how you interact with it). Both are absolutely important to the success of an app.

A developer will come back to you with a storyboard to show you how your app will be laid out both visually and functionally. Once you approve it, you’re able to move on to actual development.

This is the part of the process where the actual code is written for whatever operating system the app will be on. The developers will take everything from the design and function and try to create a living breathing app version of it.

This is the meat and bones of the whole operation and usually the most time-consuming portion.

This is the final step before launching your app. Obviously, you have to test the app to make sure it works. Run vigorous tests from different angles to make sure there aren’t any bugs.

The last thing you want to do is release a subpar product. Trust in the app game is easily lost with a poorly functioning app. We’ve all been there, where a “buggy” app is quickly deleted from your phone.

How long does the process take?

The time it takes to develop an app can vary depending on the type of app you create. Some apps may only take a few days, while more complex apps might take months.

Unfortunately, there’s no one set timeline, but the more involved you want your app to be, the more time you should expect to spend on it from start to finish.

With app costs, consider research, design, and marketing. Costs vary depending on the app and its features. Freelancers might charge a few hundred dollars while professional developers may charge thousands.

Talk to anyone who’s created an app and it all starts to add up over time, so plan and budget conservatively otherwise you might end up with a runaway train on your hands.

Making money from your app can come in a variety of ways. Here’s a quick list:

While designing your app, careful consideration should be made to this aspect of the app. Yes, I know you want to change the world with your app, but unless there is a clear pathway to monetizing it, there is no way you will give it the time necessary to be successful.

Review any copyright restrictions if you’re making apps similar to others. Then talk to an intellectual property rights attorney to protect your app and brand. This may take some time, so start on this process as soon as you can. In the product lifecycle, people will copy your ideas. Protect, protect, protect!

Have I created an app?

No, but have I looked into it quite a bit. Yes, I’ve come up with ideas in the past only to find them in wide use on the iTunes store. If I could think of ways they could be improved, I might look into getting the app created but I haven’t been able to do that… yet.

I have invested in an app and that is my current hope for creating passive income with an app. Shameless plug for Chip and Jo House Flip. In real life, I don’t flip houses, so this is my way of fulfilling that desire for now.

Go forth and create an app

This post isn’t meant to be encyclopedic in terms of getting you from an app idea to steady cash flow, it’s meant to help you take the first step. Just like with medical devices, physicians have a longstanding history as innovators and the world of apps is another area that we can be successful in (with the right idea and implementation).

If you have an idea, I encourage you, don’t be afraid to take action on it. Go for it! 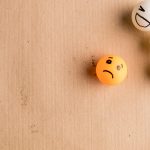 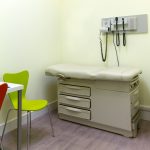 How to create an app as a physician
1 comments