I’m sitting in the waiting area across the endoscopy room of a major hospital. Mindless talk show TV runs in the background. Patients are waiting patiently. They anxiously look up every now and then from their phones towards the reception desk.

It’s a scene I’ve experienced for years while working in health care while waiting for doctors.

But there’s something different in the air now.

Patients, like those around me, will encounter a doctor who’s excited and enthusiastic. But some will meet another who’s dreading her career.

Health care is changing faster than ever before.

It’s just not about technology disruption. There are many forces at play: Changes in patient and societal behavior. Challenging finances. Evolving policy. Dichotomy of unmet supply and unmet demand for care.

Why some thrive and some struggle to survive

The doctor I’m about to meet is in the thriving category. He and his colleagues are excited about creating a new field — endoscopic surgery. Yes, it’s what you think it is. Surgery while inserting a tube into your gut. Complex. New. Innovative.

And just the other day, I was scheduled for a video chat with a group of doctors at another hospital. A couple of days prior to the call, I learned that the hospital suddenly terminated their contract. It’s possible that they are being replaced by nurse practitioners to save money.

I come across doctors from both ends of the spectrum — excited on one end, Depressed on the other. Some even leave medicine for good.

How does this happen?

Doctors start making real money only in their mid-30s. After accumulating significant student loans. At that point in their career, they either choose to join private practice or find a job at a hospital.

The problem of being employed

Earlier, more doctors were inclined to go solo by developing their own practice. Newer generations of doctors increasingly want the comfort of a regular paycheck and lifestyle.

However, being employed doesn’t take away from the fact that doctors are fiercely independent. While they are taught to give instructions in residency, they end up taking instructions from hospital administration about the number of clinical procedures they must perform, the number of patients they must see and so on.

Eventually, they are disillusioned with the system. Medicine is not what they had signed up for. However, they are stuck because they need the money for paying off their student loans, mortgages, car loans, saving up for their children’s college fund and so on.

The problem of private practice

When in private practice, doctors are overwhelmed by the many balls that they need to juggle just to stay in the same place. They need to worry about getting paid correctly from insurance companies, hiring and training staff, getting their clinical codes right, credentialing themselves with insurance panels, fighting denials and guarding themselves from lawsuits and audits, interpreting long-winded health care laws (like MACRA). Not to mention dealing with complex technology.

It’s a tough life to go it alone.

Forgetting to unlearn and relearn

Eventually, doctors find a certain area within a specialty where they can make a predictable income. For example, there was a time when cardiologists made money from imaging. Despite an environment of declining cardiology reimbursements, some doctors continue to rely on income from reading EKGs.

Imagine what would they do when portable EKG bands becomes mainstream. People with heart conditions might wear one and be measured by a system continuously. New findings suggest that conditions such as atrial fibrillation and hyperkalemia can also be detected from the data.

It’s all changing too fast.

The entire health care industry is in for a massive disruption. The key to ride such a wave is to forget fast. Because if you hang on to the past, you’ll be run over.

After working hard to become doctors, many lose their way. There are many challenges that the health care industry poses before a doctor gets to simply see her patient. In navigating those challenges, doctors figure out ways to survive. And in surviving, they sometimes forget why they became doctors in the first place.

The relationship with patients becomes a routine, near commercial transaction. Not laced with the purity they had imagined in college. They adapt to circumstances. Medicine becomes a vocation. Not intellectually stimulating or challenging. And they enter a long tunnel of career stagnation — only to be shaken up rudely by industry changes. Sometimes it’s technology. Sometimes it’s financial. Sometimes it’s regulatory or legal.

The other day, I was catching up with a friend on the West Coast. She’s not in health care. She works at a large company that hasn’t kept up with the many changes in their industry.

I asked, “The Bay Area seems desperate for talent in machine learning. Why not take up an online course and get up to speed?” She’s those brainy ones. This would be right up her alley.

“Oh, I don’t get time from family, work and myself,” she said.

“Don’t mind me saying this … but what’ll you do if they start layoffs?” I asked with concern.

“Maybe, I’ll take a break from everything and learn stuff. Maybe like machine learning.”

“Why not do it now? Before that desperate point comes.”

And that’s how it goes. Even in health care. 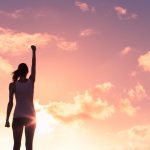 Does being a good doctor mean being superhuman? 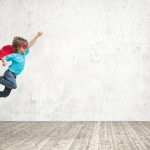 Why some physicians thrive and some struggle to survive
7 comments