On March 24th, one of the largest demonstrations for gun control in U.S. history took place across the nation. Represented at the March for Our Lives were a diverse group of organizations and people, including young people affected by school shootings across the country, parents who have lost children to gun violence, members of law enforcement, teachers and educators and people exposed to community violence in urban neighborhoods.

I participated in the Chicago March for Our Lives as an educator, a supporter of law enforcement and a mother. But most of all, I participated as a scientist. And the question I have been asked most often is: Why should health care providers insert themselves in the conversation about gun legislation? What can we contribute to a discussion that usually results in tribalism and unproductive dialogue?

The answer is: science.

When the media headlines focus on violence in Chicago because 771 people were killed in 2016, and 650 in 2017, or when a gun-related mass casualty incident occurs in a public space such as a movie theater or school, the usual players line up to make their arguments for or against gun legislation.

What follows is the familiar cycle of impassioned pleas and anecdotal arguments for everything from a complete ban on firearms to arming regular citizens in public spaces, including our kindergarten classrooms. The discussion that ensues and the legislative reforms our elected officials propose simply address the last event without any real data or empirical understanding of the scope of the problem. If the most recent shooter was on a no-fly list, our politicians react by proposing laws banning access to firearms for anyone on that list. If the latest shooter used a semi-automatic weapon, the discussion focuses narrowly on that particular firearm, ignoring the epidemic of handgun violence that’s resulted in exponentially more civilian casualties. And if the shooter was a student with a history of being bullied or signs of mental illness, gun rights activists leap on the opportunity to say gun violence is a mental health issue having nothing to do with our unfettered access to military-grade artillery.

The absence of deliberate thinking in this conversation is partly due to a lack of scientific inquiry into gun violence causes, consequences, and effective solutions. This deficiency in a scientific understanding of gun violence is no accident.

The passage of the Dickey amendment in 1996 severely curtailed efforts to determine concrete interventions for gun injury prevention by preventing the CDC from advocating for gun control measures. The amendment was drafted due to lobbying by the National Rifle Association in response to a landmark study showing that the presence of a firearm in the home was independently associated with a higher risk for homicide in that home. That year, Congress also took away the $2.6 million the CDC usually appropriated to the study of gun violence. The result was a 96% drop in CDC funding for research into gun injury prevention from 1996 to 2012. On March 23rd, President Trump signed a spending bill that included a provision that the CDC can, in fact, research the causes of gun injuries and gun violence. However, the spending bill fails to appropriate any additional funding to these research efforts and the provision does not lift the prohibition on advocating for gun control.

This void in the discussion about gun legislation is concerning because, historically, science has saved us from becoming ruined by our worst intuitive inclinations. On multiple occasions, society has been at risk for coming to the wrong conclusions about public health crises, such as with the HIV epidemic, climate change, and sports-related traumatic brain injuries, to name a few examples. On each of these issues, our intuition, fears, and short-term incentives caused us either to think there was no problem or to come up with the wrong solutions. But critical thinking and objective research methods rescued us from succumbing to our primal instincts of fear, aversion, and doubt.

Congress has embraced the scientific method in other areas of public health and achieved excellent results. In the 1960s, lawmakers responded to an increasing number of automobile-related deaths by injecting $200 million dollars per year into the National Highway Traffic Safety Administration to study highway traffic injury prevention. The research resulted in safer roads, enhanced automobile safety features, more effective law enforcement and graduated licensing systems for young drivers. Those measures have saved more than 350,000 lives.

Similarly, in the 1950s, American scientists called on lawmakers to act in response to increasing rates of lung cancer in Americans after identifying, through research, a link between lung cancer and tobacco smoking. Despite the tobacco industry’s stubborn refusal to accept the data, the President of the United States and Surgeon General acted upon the findings. Smoking cessation efforts resulted in a 34% drop in lung cancer rates.

The World Health Organization defines “health” as “a state of complete physical, mental, and social well-being and not merely the absence of disease or infirmity.” As members of the medical community, it is our moral and ethical directive to not only eradicate disease but to also promote the health and well-being of the public, in body and mind. This directive mandates that we take a seat at the table in conversations that affect public health and influence public policy, including gun legislation. The caustic cycle of mass casualty incident followed by hyper-partisan discourse can only be broken by the pursuit of evidence-based policy — policy achieved through intellectual curiosity and honesty, rigorous scientific methods and the courage to accept results that contradict our intuitions.

Physician and author Dr. Atul Gawande sagely writes, “It is the effort not of a single person but of a group of people — the bigger, the better — pursuing ideas with curiosity, inquisitiveness, openness, and discipline … as scientists, in other words. Even more than what you think, how you think matters. The stakes for understanding this could not be higher than they are today, because we are not just battling for what it means to be scientists. We are battling for what it means to be citizens.”

Sobia Ansari is an emergency physician.

Moonlighting is the side hustle for the not so lazy 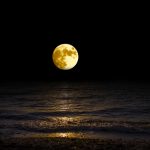 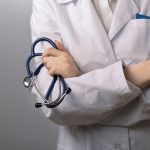 Why should health care professionals care about gun control?
11 comments