Unnecessary testing wastes money and can lead to further testing. Why does it occur?

Almost 60% of medical personnel surveyed at a large academic medical center believed that hospitalized patients should have daily laboratory testing.

Of 1,580 attending physicians, fellows, residents, physician assistants, nurse practitioners, and nurses sent surveys, 837 (53%) responded; 393 (47%) were RNs, and 80% of those nurses felt that daily laboratory testing should be done on all patients.

The authors of the JAMA Internal Medicine study, done at Memorial Sloan Kettering Cancer Center in New York, concluded that although nurses did not order laboratory testing themselves, they might have some effect on the frequency of lab tests being done.

Another recent survey published in Hospital Medicine asked internal medicine and general surgery residents at the Hospital of the University of Pennsylvania why they ordered unnecessary tests as defined by the authors.

Of the 116 respondents, 105 (90.5%) said they ordered daily labs out of habit because that’s the way they were trained. Other frequent responses were that tests were ordered because residents weren’t aware of the costs (86.2%), discomfort with diagnostic uncertainty (82.8%), and as was the case in the previous paper, concern that the attending would ask for the lab results (75.9%).

An October 2017 review of the literature on this subject offered a lengthy algorithm for eliminating unnecessary and repetitive testing—including education, auditing orders, giving feedback to staff, and allowing the electronic medical record to prohibit or limit repeat orders.

Those ideas all seem reasonable, but here’s how we dealt with this issue when I was an intern in 1971.

Our ward service consisted of several rooms with 9 or 10 patients in each room. We did not have a phlebotomy team. One of our many duties was drawing morning bloodwork.

Although we became adept at drawing blood, we had to do the work ourselves at 5:30 a.m. We thought long and hard about every test we ordered.

We asked ourselves, “Do we really need another CBC?” Often the answer was “No.” 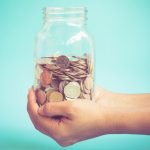