I don’t mean to pick on McDonald’s. Insert any other large retail business where customer satisfaction massively trumps every other consideration of the relationship between employee and customer.

Telemedicine companies have exploded the past few years. I suspect a lot of my readers have already seen this, but just in case not, a recent study in JAMA Internal Medicine measured the correlation between customers with a cold who called one of the telemedicine companies and received antibiotics with the doctors’ patient satisfaction scores. 66 percent of the time an antibiotic was prescribed, which if we’re practicing using best evidence should almost never happen. You know where this is going. The doctors who wrote the highest percentage of antibiotics got the highest patient satisfaction scores.

In fact, the discussion section included this:

What should the doctors do? We are trapped in the middle between the American corporate mindset that demand high patient satisfaction scores vs. our duty to protect society from the next superbugs, resistant to all but the newest and most expensive antibiotics. This is not just in telemedicine companies. It’s everywhere in large health care systems where the doctors have been widgetized. If anyone out there wonders why physician morale is low, this is one large brick in a much larger wall. We want to do the right thing, but monied forces push back hard. We’re only human. We can’t do the right thing unless we have support, which we have precious little of at the moment. 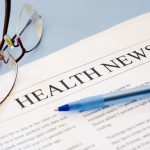 Doctors are pawns of the health care system 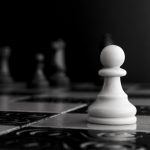 Physicians are trapped between patient satisfaction and unnecessary prescribing
7 comments