It’s early March. I walk quickly past the ambulance bay, shivering as the doors open. Paramedics push a stretcher into the hall as a limp body gasps for air.

“What happened?” I say. “You look terrible.”

“My belly is killing me.” He grips his stomach. ”I’m going to pass out.”

His pulse is weak, his hands cold. A nurse inserts an IV and turns to me: “Do you two know each other?”

“We met here a couple of months ago,” I say.

Bill speaks, his voice weak. “I didn’t have a medical history until I saw a doctor.”

Snow hadn’t touched the ground when I met Bill Fox at the beginning of December. A strong man with a broad chest and a golden tan, he sat on a stretcher chatting with an attractive middle-aged woman. He’d just returned home after a month in the Caribbean with his companion Colleen. Eight days earlier, he’d gone to bed with an upset stomach. He woke later that night with vomiting and later developed chest pain and shortness of breath. He visited a clinic and had “some tests,” none of which he could recall. He was prescribed antibiotics and had just taken his last dose.

“So before last week,” I’d asked him, “when was the last time you saw a doctor?”

“Probably in my twenties,” Bill said. “For a work physical.”

“And suddenly you can’t breathe.” I sat on the edge of the stretcher. “How long have you been smoking?”

“Since he was eight,” Colleen said.

He shrugged. “They didn’t have pacifiers back then.”

“Did the antibiotics help you?” I asked.

“A little, but I’m still bringing up phlegm.”

“You’re wheezing too,” I said. “And when you breathe out, it takes a long time for the air to leave your lungs.”

“What does that mean?” Colleen asked.

“You likely have emphysema.”

“Can you just give me some pills, and I’ll get out of your hair?”

“I’d like to run some other tests,” I said. “You have a heart murmur as well. And you have chest pain.”

“Let’s chat after the tests are back.”

Nurses drew blood. Porters transported Bill to X-ray and to CAT scan to rule out a blood clot in his lungs. As midnight approached, I sat down with Bill and discussed the results.

“The chest X-ray is strongly suggestive of emphysema,” I said. “I’m going to start you on an inhaler and have you follow up with a respirologist.”

“That explains my shortness of breath.”

“It’s not just that. Your red blood cell count is one-hundred and eight, which is a little low.”

“I’m not sure. Have you ever had a colonoscopy?”

“Of course not,” his wife said.

“Any blood in your stool?”

“I’m going to set you up for a colonoscopy, just to make sure there’s no source of bleeding.”

“Whatever you say. Now can I go home?”

“There’s a large shadow there. It might just be pneumonia, but it looks suspicious.”

Bill sat up and peeled an ECG lead from his chest. “Can’t say it didn’t cross my mind.” He began buttoning his shirt. “So where do we go from here.”

My pen raced across a pad. “Here’s a prescription for antibiotics and the lung specialist will call you shortly with an appointment.”

“Thanks for all your help, pal.”

“One more thing before you go,” I said. “I’m going to set you up with a family doctor — a friend of mine.”

“Thanks,” Colleen said. “We really appreciate all you’ve done.”

My friend, Dr. Mark Evans, saw Bill in follow-up a week later. He wasn’t a hundred percent, but the inhaler I’d given him was helping. The antibiotics were finished, and his cough had improved. The lung specialist, however, wanted to send him for a CT scan and perform a bronchoscopy. And there was still the colonoscopy.

A week later, a camera was placed into Bill’s breathing passages and cell samples were taken for analysis. The CT scan showed that large collection seen on X-ray was still there. More antibiotics were prescribed, and more inhalers given.

Four weeks later, Bill was scoped him from the top and then from the bottom. No signs of bleeding — no trickling ulcers in the stomach, no signs of tumors in the colon. Just as Bill was waking up from the anesthetic, he went into cardiac arrest. CPR was initiated. Within minutes, his heart was beating again. He was transferred to the intensive care unit and was chatting with family several hours later.

“Did he have a heart attack?” Colleen asked the attending doctor.

“No signs of a heart attack, but we’re going to check his vessels tomorrow.”

“What else could it be?”

“We still don’t know really what’s wrong with him,” the doctor said. “And we still don’t know if he has cancer or not. With his underlying illness — whatever it may be — it’s possible that the colonoscopy, along with the sedation, was simply too hard on your heart.”

Bill was kept in hospital for two weeks. His lung cells were negative — there was still no evidence of cancer. His cardiac vessels were also clean. He received a blood transfusion, and his energy improved. Two weeks after the cardiac arrest, Bill was discharged with two more weeks of antibiotics.

“This is an appointment for a repeat CT scan in early-March,” the specialist said. “Hopefully the lungs have cleared by then.”

Four hours after Bill’s follow-up CT, he’s wheeled into the ER complaining of abdominal pain. It’s the first time he’s felt ill since his cardiac arrest. It takes fifteen minutes to go through all the testing he’s had since I first met him. Over the first hour, Bill’s abdominal pain worsens and spreads to his chest. The EKG shows no signs of a heart attack. His blood pressure drops. Fluids are given with little improvement. An internist and cardiologist are consulted.

Blood work reveals that his liver is failing. His heart is too, as fluid comes back into his lungs. Two hours after presentation, Bill spikes a temperature. The specialists scour his medical records and find a potential previous exposure to a hospital super-bug. Powerful antibiotics are given. Bill’s breathing worsens. He’s intubated and placed on life-support.

Over the next several hours, Bill’s condition deteriorates. His family gathers by his bedside and by morning, they make the difficult decision to withdraw life support.

The source of infection that tipped Bill into multi-organ failure is never identified. The day of his death, Colleen tracks me down and thanks me for the care I’d given her partner.

A month later, I see Dr. Evans. “I wonder what might have happened if I’d just listened to his lungs, presumed he had pneumonia, and given him a course of antibiotics,” I say.

“Did you ever see the result of the second CT scan?” he asks.

“The one that he had the day before he died?”

“Yeah,” I say. “There was no cancer. In fact, the antibiotics almost cleared him completely.”

“Really,” Mark says. “So if we’d just given him antibiotics and left him alone, he’d still be alive today?”

The implicit biases of gender stereotypes in medicine 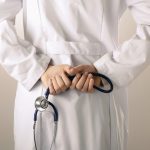 How Amazon health will change your future 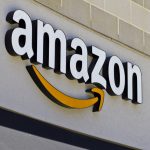 Doing too much hurt this patient
5 comments