“I have a riddle,” Paul says, as the dining room falls silent.

“You’re at the bottom of the stairs. And on the wall, there are three light switches labeled one, two, and three. There’s a room upstairs with three lamps, labeled X, Y, and Z.

You can turn on and off as many switches as you want while you’re downstairs, but you can only go upstairs once. And once you’re upstairs, you have assigned each switch to its proper bulb.”

Muted lips move quickly, and eyes gaze toward the ceiling. Then, the discussion begins. My eight-year-old says he’ll run upstairs and holler to someone downstairs to flick switches (you’re not allowed to call a friend).

The boyfriend of Paul’s daughter begins talking about electromagnetic current (don’t overthink this; it’s a riddle, not a science project). I repeat the riddle, making sure that it isn’t a play on words. Questions and almost-correct answers are called out for five minutes, and then Paul repeats the riddle again.

A month earlier, I’m just minutes into my shift when an elderly patient was wheeled in without vital signs.

She collapsed at home, was found by paramedics pulse-less, and received CPR. She’s cold and has been down for about 30 minutes.

There isn’t much left to do, but get the story, confirm that her heart has stopped, and talk to the family.

It’s 7:30 — shift change. And as I fill in a death certificate behind a computer screen, I overhear the day-nurse give report to the night nurse who is relieving her.

“But the radiologist just called and said that his creatinine is too high. She wants to talk to Dr. Brown* and see whether Mr. Denny can have the CT without intravenous contrast.”

Contrast is often given before abdominal (and other) CT scans to improve differentiation between organs. Oral contrast, which the patient drinks, helps with bowel-related diagnoses. Intravenous contrast is injected directly into the bloodstream and helps with imaging of blood vessels and solid organs.

A patient’s serum creatinine is a measure of kidney function. Because intravenous contrast must be cleared through the kidneys, IV contrast can be harmful to patients with a rising creatinine (i.e., worsening renal function), like Mr. Denny.

“If we’re looking for a bowel obstruction,” the night-nurse says, “then he probably doesn’t need IV contrast. Oral should be fine.”

“When he came in, he looked awful. Pale, in agony, sweating. Dr. Brown was also worried about a ruptured abdominal aneurysm.”

If Mr. Denny is bleeding internally, intravenous contrast is crucial for diagnosis and treatment. “But, his hemoglobin is stable, and his blood pressure hasn’t been low at all, so it’s probably an obstruction.”

“Yeah,” the day-nurse says, in a non-committal tone. They step around the nursing station and are now standing behind me. “He has Crohn’s Disease,” she says. “He gets admitted about once a year for Crohn’s flare-ups and has had multiple surgeries.”

“Well,” the day-nurse says, “he’s also had a few bowel obstructions. He was admitted just a few months ago for an obstruction and had surgery.”

His Crohn’s, I figure, is fairly severe. Crohn’s is a disease in which portions of a patient’s gastrointestinal tract (anywhere from the mouth to anus) become inflamed, causing debilitating symptoms including pain (often severe) and diarrhea (bloody, purulent, and mucous).

Acute episodes are often treated in hospitals with analgesics and steroids to reduce inflammation. In worst-case scenarios, however, when non-invasive treatment fails, inflamed segments of bowel are surgically removed. Surgery, however, isn’t curative.

Another segment of the bowel can become inflamed at any time down the road. It’s a terrible disease.

Mr. Denny has had several bowel resections because of his Crohn’s. And while surgery can help by removing segments of inflamed bowel, it can lead to adhesions – areas of scar tissue, which can, in turn, cause bowel obstructions. And these obstructions can lead to more surgery.

The day-nurse continues her story. “He’s had two days of abdominal distension, bloating, and progressive pain.”

I swivel my chair. “Is he passing gas?”

“He is,” the nurse says. “He’s having frequent small episodes of diarrhea,” she says. “So if it’s an obstruction, it’s likely partial.”

“But,” her colleague says, “he’s super distended, and I can barely hear any bowel sounds. He really looks like he’s obstructed.”

Fifteen minutes pass, and Paul’s wife wants the answer. She hasn’t been particularly interested in the riddle, but since her husband has posed the challenge, no one has touched the savory shrimp and rice she’s made for us. “OK,” Paul says. “Do you guys give up?”

We don’t. Each of us wants to think about it until we come up with the answer before anyone else. But the food is getting cold, so we throw in the towel. “OK,” he says. “Turn on switch #1 and leave it on for 10 minutes, and then turn it off. Then, turn on switch #2. Leave switch #3 off.”
My eight-year-old wants to say something, but I tell him to zip it and listen to uncle Paul.

Suddenly, it’s obvious. I’m disappointed and baffled that I didn’t think of it myself. It’s so easy. Even my eight-year-old has the knowledge and intelligence to solve this puzzle. Medicine and the art of diagnosis are like this. One can memorize every textbook ever written, but something more than knowledge is often needed to make a diagnosis.

“How high is Mr. Denny’s creatinine?”

“Yeah. That is pretty high.”

“Does he have chronic renal failure?”

“No,” she says, “his creatinine was normal just a few weeks ago. But he hasn’t had anything to eat or drink in two days. He’s afraid to eat.” Dehydration can have an adverse effect on patients’ kidneys and can cause a rise in creatinine.

“But 300 is pretty high for someone with normal renal function.” I sign the death certificate as the nurse pages Dr. Brown. And then, it hits me. I stand up and look over a partition into acute-four. “He’s a 66-year-old man, right?”

“He’s distended, and he has pain and a sudden rise in his creatinine.”

“Does he have a catheter? Maybe he’s in urinary retention. Maybe he has a huge prostate, and suddenly he can’t pee, and he just thinks it’s his Crohn’s acting up.”

A few minutes later, a catheter is in. It begins draining urine into a large bag. Soon, the bag is full.

It’s emptied, and more urine is drained when the bag is reconnected.

In total, almost three liters are drained from Mr. Denny’s bladder. His pain is gone. His enlarged prostate had reached a critical point and blocked the flow of urine from his bladder. This caused urine to back up around his kidneys, resulting in a rise in his creatinine. A few hours later, he’s discharged home.

Clinical scenarios are often like riddles, complete with the why didn’t I think of that earlier at the end.

If you’re ever around a table of medical professionals, here’s a riddle:

A 66-year-old man arrives to the ER with severe abdominal pain. He’s pale, he’s sweaty, and he’s in agony. He has a history of Crohn’s disease, with frequent flares, but has also had several bowel obstructions because of surgery. He has no other medical problems. A doctor sees him immediately and finds his abdomen distended and tender throughout. The doctor suspects an obstruction, but because the patient looks so sick, he wants to rule out a ruptured abdominal aneurysm as well. He orders blood work, as well as a CT scan with oral and IV contrast. Twenty minutes later, the radiologist calls and says, “This patient’s creatinine is markedly elevated, does he really need intravenous contrast?” What is your next step?

Here's why you should get a chaplain for your patient 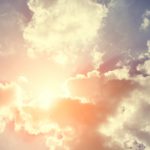 Confessions of a bed-sharing pediatrician mom 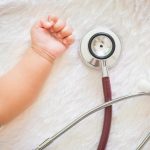