The United States is facing a looming physician shortage, and some groups see this as an opportunity to promote an agenda of replacing physicians with nurses.

The nurse-as-doctor concept appeared in the Institute of Medicine Future of Nursing 2011 report, which called for a radical change to the nursing structure in the United States, including a goal of “full” partnership with physicians. Nursing organizations responded with a plan to double the number of nurses with a doctorate degree by 2020.

To promote independent practice, the American Association of Nurse Practitioners (AANP) invested in an aggressive multi-media campaign, including an onslaught of television commercials promoting unsupervised nurse practice in states like Pennsylvania, which is currently debating scope of practice laws. Nurses’ associations also spent over 5.3 million dollars on lobbying and donated 2.1 million dollars in 2016 to congressional candidates.

This PR and lobbying has reaped benefits for nurse practitioners (NPs). The Veterans Administration recently granted full practice authority to NPs, allowing veterans to receive medical care from nurses without physician supervision. In addition, 23 states and Washington, D.C. allow nurses to practice independently, with ongoing political battles in other states.

Unfortunately, this focus on increasing nursing scope of practice is having negative consequences, including a decline in the number of bedside nurses, along with an increase in NP diploma mills, programs that graduate nurses who are ill-prepared to care for patients independently.

I’m referring to “direct to DNP (Doctor of Nursing)” programs, many of which boast a 100 percent acceptance rates, promote “as little as fifteen months from MSN to DNP,” and allow nurses to “bridge” by using work hours to credit towards clinical training. There are multiple accelerated programs that allow students who have not worked one hour as a nurse to become a NP, and even direct entry programs that allow students with a non-nursing bachelor’s degree to become a registered nurse and a NP “seamlessly.”

Once in attendance, NP coursework may be 100 percent online. Clinical experience hours are often on the honor system and may involve simply shadowing a doctor or nurse, many of whom the students have to find themselves. It is clear that there are simply not enough clinical preceptors to train nurse practitioner students, and a quick web search will show scores of NP students desperately seeking preceptors to attain clinical hours.

This decreased quality of NP training is becoming evident. While early studies showed that NPs working under physician supervision were able to produce similar outcomes in the management of already diagnosed chronic conditions, these NPs were mostly trained at brick and mortar schools, with a high level of clinical experience in nursing before advancing their career.

Newer studies show that removing standardized curriculum and physician supervision from NP training and practice is impacting the quality of patient care. This includes poorer quality referrals to specialists, more unnecessary skin biopsies, increased diagnostic imaging, increased prescriptions — like increased antibiotic prescribing — and higher opioid prescribing in several states, including Connecticut and New Hampshire. Payouts for malpractice claims against NPs are also on the rise, as are claims for the improper prescribing and management of controlled substances. And as training programs continue to churn out NPs at a rate of 23,000 per year, compared to about 19,000 physicians graduating from medical school, these trends are likely to continue.

If you are an NP reading this, you should be outraged. Your profession is being diluted and abused by your leadership and your teaching institutions. Ultimately, the nurse-as-doctor agenda will backfire as the market becomes saturated with poorly trained diploma mill grads.

If you are a physician, you should be outraged. Your years of work and sacrifice are increasingly devalued as you are replaced by an online graduate. As you well know, there is no online medical school and there are no shortcuts to the 20,000 hours of minimum clinical experience that physicians receive during training.

If you are a politician, you should be worried. Your constituents will eventually see that you have fallen for lobbyist lines, like the one about how NPs will enter primary care to ease the physician shortage. On the contrary, CMS data from 2012 showed that NPs are moving into subspecialty practice, despite having received little to no training or supervision in that specialty. Because unlike physicians, who must complete a separate residency of at least three years to change specialty, NPs can jump from one field to another without additional formal training.

You have also fallen for the hype that NPs will provide care in rural areas, where physicians supposedly “won’t” go. Also, untrue. In Arizona, where NPs have been unsupervised since 2001, only 11 percent of all non-physicians (NPs, PAs, CNMs) work in rural areas and serve only 15 percent of Arizona’s rural population.

And if you have believed the line that NPs save money, well, you may not have seen that the goal of the AANP is pay parity — that NPs be paid the same as physicians — a goal which was achieved legislatively in Oregon in 2013. And NPs may cost the system more, with a rigorous ten-year study showing that unsupervised CRNA practice in rural areas was more expensive than hiring physician anesthesiologists.

If you are a patient, you should be outraged. And scared. But also, hopeful. Because physicians like me do care. I am part of a group called Physicians for Patient Protection (PPP). We recently traveled to Washington, D.C. on our own dime to talk to legislators about our concerns for the future.

For most of us, it’s not about the money. If we wanted to be rich, we wouldn’t have undertaken study in a field where the average student graduates with $183,000 of student loan debt and takes ten years longer than most college grads to start to earn a full-time salary.

It’s also not about a turf war. There are many, many jobs out there for physicians.

It really and truly is about patient safety. We worry about our own health and that of our family. We want the best care for our future too.

Join me in this discussion. Physicians, email me if you want to learn more about joining PPP. Patients, ask your “provider” about their training and credentials. Demand a physician or a physician-supervised practitioner for your care.

The operating room is a sanctuary 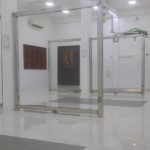 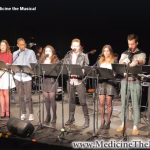 Independent practice: Both nurse practitioners and physicians should be outraged
75 comments