When seconds count, physician anesthesiologists make critical split-second decisions during surgery, procedures or emergent situations that save lives, but what happens when there is no physician anesthesiologist?  This is the reality for 5 billion people worldwide.  That’s not a typo.  Five billion people worldwide lack access to safe anesthesia care and basic surgery.  Imagine living without safe anesthesia – during childbirth, for a routine surgery or in an emergency.  This reality for many people in the lowest income countries results in unacceptably high death rates (100-1,000 times higher than the average risk in the United States) and disability related to anesthesia and surgical complications.

At this time of year especially, when many of us think of those less fortunate (think Tiny Tim in “A Christmas Carol”), we, in this country, are blessed with the best health care system in the world. Although many would argue it has its flaws, we are fortunate to be able to use the system in times of emergencies.

I have personally been involved with international humanitarian efforts since 1996.  Initially, I served as a volunteer through the American Society of Anesthesiologists’ (ASA) Overseas Teaching Program in Tanzania and later joined ASA’s Committee on Global Humanitarian Outreach (GHO), which oversees the program. I continue to serve on the GHO to this day. The committee works to improve patient safety around the world by providing training to boost the number of physician anesthesiologists in countries most in need, including Rwanda and Guyana.

During my career, I have witnessed the tragedy of the absence of physician anesthesiologists and safe anesthesia. In December, 2001, just before Christmas, I deployed with a Doctors Without Borders team to Sri Lanka to serve behind the lines of the civil conflict that had been ongoing for more than 20 years.  I served as the only physician anesthesiologist in an abandoned government hospital and cared for the civilian population stuck behind the lines of war.  I’ll never forget a mother in need of care that I met in northern Sri Lanka.

She arrived at the hospital in need of a cesarean delivery for her second child. I provided a spinal anesthetic, and in no time, her beautiful son was born. All was well, so we moved her on to the recovery ward. But before we left the hospital that evening, the nurses reported the mother was in distress and struggling to breathe.

I asked the nurses to bring the few emergency supplies and oxygen we had available in the operating room to me. Although I had some idea about what was going on, I had none of the tests or X-rays I needed to make a good diagnosis, but we had to move forward with treating her.

The woman eventually collapsed and stopped breathing.  I asked for the life-saving medicine, epinephrine, that she needed to help her heart beat better, but I was told by the nurses we had run out. As we continued standing by, evaluating her, her heart stopped. We didn’t have anything to shock her heart, nor did we have a breathing machine to breathe for her overnight. We started chest compressions because she was young and healthy, and we hoped it would restart her heart.

I don’t know if we were there for minutes or an hour, but sometime during the process her father, who was also a physician, stepped up behind me, put his hand on my shoulder and whispered, “We have to stop. We have to let her go.”

I wish I could tell you this preventable tragedy was a rare event, but in these countries, it happens every day because of the lack of access to the things physicians need. It was a memorable Christmas and New Year for me, as well as a career-changing experience that shaped the years to follow and still impacts my work today. After returning from Sri Lanka, I was even more committed to solving the global anesthesia crisis, although at that time, I had little idea how to accomplish this lofty goal.  I began by pursuing a Masters in Public Health, which gave me the skills I needed to study the crisis and allowed me to plan for a career in global public health and anesthesiology.

Fifteen years later, my commitment continues.  Now working at Vanderbilt University Medical Center in Nashville, Tennessee, as director of Anesthesia Global Health and Development, my colleagues and I are committed to providing sustained anesthesia service, while providing training, education and conducting research.  We are beginning to see the fruit of our labor, with more physician and nurse anesthesia providers being trained in low- and middle-income countries thanks to our efforts and the work of so many others.

The Global Surgery Era 2015-2030 was set in motion by the coalition of the Lancet Commission on Global Surgery in April 2015, and has driven surgical improvement efforts throughout the world.  Additionally, the release of the 3rd edition of “Disease Control Priorities in Developing Countries,” and the World Health Assembly resolution to include anesthesia and surgery as part of universal health coverage have helped change the future for the 5 billion people in need. However, despite these great strides, much work remains.

Physician anesthesiologists are key to the future of patient safety in anesthesia in every country, especially those who need it most, in the lowest income countries. We continue to work to improve access to safe anesthesia, improve patient safety and outcomes, and prevent unnecessary anesthesia-related deaths around the world.

Kelly McQueen is an anesthesiologist.

Should President Trump be tested for degenerative brain disease? 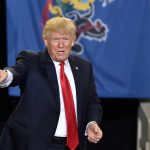