You sign in, and there it is, your third request for your password just to open your electronic health record (EHR). “Again?” you think to yourself in frustration as your patient waits silently for you to log in and start the visit.

It seems physicians are becoming increasingly frustrated with EHRs, and in most surveys, EHRs are noted as a main contributing factor to physician burnout. Two recent studies have shown that many physicians are spending over half of their time interacting with the EHR rather than direct patient care. In fact, the lattery study found physicians from four different specialties in family medicine, internal medicine, cardiology and orthopedics spent nearly two hours in the EHR and on other desk work for every one hour of direct patient care. Unsurprisingly, a 2017 study in primary care residents in training showed that those physicians with the most EHR time, particularly after hours, experience more burnout.

Depending on the EHR used, password prompts may show up to log in, before signing a note, before placing an order or before finalizing an addendum to a note among other sundry uses. These prompts are in addition to other mandatory “hard stops” that prevent physicians to continue what they were working on until the prompt is addressed. Such repeated alerts in the EHR have been shown to lead to cognitive weariness and physical fatigue in primary care physicians. On top of it all, medical personnel are expected to change passwords as often as every 90 days to ensure cybersecurity.

Clearly, we need comprehensive changes to improve EHR use patterns and decrease burnout, but these prompts and passwords are not going away soon. So, how can we make our current user experience less painful? Are there unharnessed positive aspects of repetitive password entry?

One simple step that physicians can try to reduce EHR-associated burnout is turning their passwords into a positive affirmation or statement. One method is by repeating a self-affirmation — a statement used to focus on one’s most important values, for example: “I am focused,” “I am awesome” or “I have solved something like this before.” A 2013 study in PLoS One demonstrated that while perceived high stress over the last month led to decreased problem-solving performance, these effects were significantly reversed if assigned to the self-affirmation group compared to the control group. In effect, merely repeating a self-affirmation can lead overworked, stressed physicians and medical personnel to perform better. More recently, it was posited that the beneficial effects of self-affirmation have to do with activation of a reward pathway, specifically the ventral striatum in fMRI studies.

There can be definite pitfalls to sticking only to self-affirmations, however. An article in Psychology Today points out that researchers at the University of Waterloo demonstrated that repeating the self-affirmation “I am a lovable person” did increase the self-esteem in those who already had high self-esteem, but the method backfired in those with low self-esteem, causing them to feel worse. Rather than repeat a self-affirmation, many people would be better served with a more general positive affirmation or gratitude statement not directly related to the self, such as “I am grateful for this opportunity” or “my patients matter.”

Another option is a more mindfulness-based statement such as “I will observe my emotions.” Releasing statements such as “I forgive myself for feeling upset” or interrogative phrases rather than statements, such as “Do I have what it takes?” can also be effective.

Personally, I have found that such an approach to my passwords has been transformative. I previously used to create passwords that were either without meaning or reflected my frustration over the need for constant input into the EHR and required intervals for changing the password. Now, I find my password entry to be mini-break in my day, allowing me to recalibrate by coming back to the meaning behind the password.

It is important to point out that simply repeating a password is a reductionist approach that should not be used as a substitute for more comprehensive wellness plans to combat burnout. Incorporating institutional changes, political changes, longitudinal mindfulness-based training, resiliency training and provider autonomy are likely overall more important strategies. I am not advocating for positive passwords as a magic bullet, but rather as a tool we physicians — and all members of the health care team who use the EHR — have accessible to all. Using passwords in this way is easy, cheap and potentially very effective, which is more than we can say about most medical interventions in our toolbox.

In addition to creating these positive passwords, remember to have a password manager (there are many free apps available for this) for all of your different passwords as they change so frequently and we now have so many passwords in our lives. You can play with lettering and spacing to make the passwords less burdensome and you can incorporate numbers, capitalization of letters, and symbols such as “@” for “a,” “$” for “s,” “3” for “E,” etc., to make them more secure. If this approach to passwords speaks to you, you might also find that engaging in other mindfulness-based activities help.

This study found that mindfulness educational program for primary care physicians resulted in short-term and sustained improvements in well-being in attitudes. So give it a try, change your password to a positive password. You might just be surprised by how a simple change to your password can change your whole outlook for the day.

Why aren't doctors allowed to grieve? 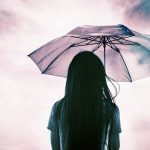 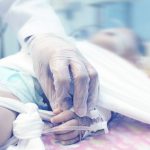