An excerpt from The Power of Moments: Why Certain Experiences Have Extraordinary Impact. Reprinted by permission of Simon & Schuster, Inc.

Defining moments shape our lives, but we don’t have to wait for them to happen. We can be the authors of them. What if a teacher could design a lesson that students were still reflecting on years later? What if a manager knew exactly how to turn an employee’s moment of failure into a moment of growth? What if you had a better sense of how to create lasting memories for your kids?

In this book, we have two goals: First, we want to examine defining moments and identify the traits they have in common. What, specifically, makes a particular experience memorable and meaningful? Our research shows that defining moments share a set of common elements.

Second, we want to show you how you can create defining moments by making use of those elements. Why would you want to create them? To enrich your life. To connect with others. To make memories. To improve the experience of customers or patients or employees.

Our lives are measured in moments, and defining moments are the ones that endure in our memories.

In 1998, Sonia Rhodes left the hospital with her recovering father, who had spent eight days there being treated for severe gastric bleeding. She felt profoundly grateful to the doctors and nurses who had saved his life. Yet, she was unsettled by the experience he’d received as a patient.

He shared his cramped room with a stranger. Hospital staffers cycled in and out of the room often without saying who they were. “Is that a doctor? Nurse? Foodservice staffer? Person who changes the linens? You had no idea,” she said. They rarely introduced themselves — and it was rarer still for them to explain what they were doing.

In the midst of his recovery, her father suffered a fall that could have been prevented. A staffer had asked him to stand up even though he was woozy from receiving eight units of blood. Rhodes originally wanted to be by her dad’s side to comfort him. Instead, she was forced to be his protector: “I felt like as a family member, I was there to guard him from all the people who were coming in. ‘Who are you? What’s in your hand?’ ”

Most interactions with the hospital caregivers seemed to lack a basic human warmth. “They treated my dad like he was this feeble old person … I wanted to tell them, ‘He’s a physicist and runs a company that makes satellites!’”

The experience had a profound impact on Rhodes, and not just because she was the daughter of a patient. She was also an executive at Sharp HealthCare, the system that managed the hospital where her father was treated. Advertisements for Sharp raved about the quality of care that patients could expect. In fact, the phone number on the ads — the one patients would call to inquire about treatment —was manned by her own team. After her father’s experience, she wondered: At Sharp, are we really who we say we are?

She became an aggressive advocate for improving the patient experience — not the medical treatment, which was top-notch, but the service experience. She knew, she said, that fixing it would “define my career for the rest of my life.”

For a year, she struggled to get attention for her ideas. Eventually, she had a critical meeting with Sharp’s CEO, Michael Murphy. Although Murphy had spent most of his career on the financial side of the business, he had an instinct that Rhodes was right, and he committed himself to transforming Sharp. Murphy challenged his team to learn everything they could about how to deliver world-class service.

Over a period of about eight months, beginning in the fall of 2000, a team of executives including Murphy and Rhodes traveled together, visiting the stars of service experience: the Ritz Carlton, Disney, General Electric and Southwest Airlines.

They consulted with experts: the Studer Group and coauthors James Gilmore and Joseph Pine (who wrote the seminal book “The Experience Economy”).

One consistent theme from the visits surprised them: You can’t deliver a great patient experience without first delivering a great employee experience. And Sharp’s “employee engagement” scores were weak compared with the likes of Ritz and Southwest.

Murphy and his executives had started the investigation focused narrowly on patients, but they now expanded their mission. They agreed on a new vision statement for Sharp:
To transform the health care experience and make Sharp:

They called this vision the Sharp Experience. How would they get people to take it seriously and not dismiss it as another flavor-of-the-month management scheme? They considered a “dog-and-pony” show in which a team of executives, including Murphy, would visit all of Sharp’s health care facilities and share the new vision. But they realized it would take a year, realistically. “And by the time we got to the 30th place, the first place won’t believe us anymore,” Rhodes said.

Then someone suggested: Why don’t we bring everyone together?

It seemed ludicrous. Sharp had 12,000 employees. There was no ballroom in San Diego that would fit all of them. And they could hardly put their patients’ emergencies on hold (for the sake of discussing how to care for them better).

But the Sharp team kept talking, and the answer took shape:

They’d hold three separate sessions over two days, allowing them to fit comfortably in the San Diego Convention Center, while maintaining a core staff at all facilities to ensure that patients were not kept waiting. The logistics were daunting: Among other things, they would need to secure practically every available rental bus in San Diego. (In fact, they ended up bringing in buses from Los Angeles and even as far away as Arizona.)

On October 10, 2001, Sharp held its All-Staff Assembly. The hallways were jammed with Sharp employees who had arrived via bus, trolley, train, and boat. Murphy was pacing backstage nervously. “I’m not somebody who wants to go on a big stage,” he said. But when he took the stage, he spoke candidly about the challenge ahead.

“This new journey will take courage,” he said. “We are charting a different course because we believe we must in order to be the best.” He urged his team to recommit to the passion and purpose that had led them to work in health care. And above all, he challenged them to act — to take ownership of the mission: “If we can take four steps in a process and reduce it to one, let’s do it! If employees have great ideas for making something better, let’s hear them! If a patient complains about something, let’s make it a priority and fix it!”

Murphy shared the vision of the Sharp Experience: creating the best place for employees to work, for physicians to practice, and for patients to receive care — and “ultimately the best health care system in the universe.” Some employees laughed at the audacity of the phrase, but his speech struck a chord. “We were used to getting changes through an email on Friday afternoon,” said Kathy Rodean, a nurse who attended the All- Staff Assembly. But now, here Murphy was saying, “‘This is our vision, and we want you to be part of it, to be able to get where we want to go.’ That was such a different philosophy that it really, really brought people together.”

After his speech, people were given the opportunity to volunteer for one of 100 “action teams” in areas such as employee satisfaction, patient satisfaction, and reward and recognition. The response was extraordinary: 1,600 people volunteered — agreeing to shoulder extra work in support of the mission.

“When we finished that first session,” Rhodes said, “people were crying, hugging, high-fiving … even the naysayers had tears in their eyes.” One executive who had been skeptical of the event’s value told her afterward, “We need to do this every quarter.”

In fact, they did decide to host another All-Staff Assembly the next year, and the next — it has become a cherished annual tradition.

That meeting started something big at Sharp. Fueled by the action teams, change seemed to happen on all fronts at once. Measurement systems changed, policies changed, habits changed. And as a result, the patient experience began to change. Sharp staffers found ways to deliver extraordinary service.

The landscaping crew had noticed that some patients didn’t receive visitors or flowers, so they started pruning roses, put- ting the blooms in a small bud vase, and walking them into the patients’ rooms. (They called the program “This bud’s for you.”) Caregivers were trained to greet patients, introduce themselves, and explain their roles — solving the problem that had frustrated Rhodes during her father’s stay. At Sharp Coronado Hospital, departing patients received a loaf of banana bread, “baked with love.” And after they returned home, many patients were surprised to receive handwritten cards from the caregivers who had served them, thanking them for the chance to be part of their care.

In the five years following the first All-Staff Assembly, Sharp hospitals’ unit patient satisfaction scores shot up in the national percentile rankings from as low as the teens to as high as the 90s. Physician satisfaction rose to the 80th percentile. Employee satisfaction rose by 13 percent, and turnover declined by 14 percent. Net revenue increased by a half-billion dollars. In 2007, Sharp won the Malcolm Baldrige National Quality Award, the nation’s highest presidential honor for quality and performance excellence.*

* In 2016, what would have been the 16th consecutive All-Staff Assembly was canceled in the face of a threatened strike by the nurses’ union. In the end, the strike did not happen. Two observations: (1) A group of protesting nurses marched behind a banner reading “We Are the Sharp Experience.” One of their demands was higher wages in order to retain the senior nurses who they argued were the best at delivering the Sharp Experience. Our best assessment is that the threatened strike reflected standard negotiating tactics rather than a rethinking of what Sharp had become over the preceding 15 years.(2) Moments of meaning matter. We would have counseled the leadership team to do everything possible to continue with the All-Staff Assembly despite the possibility of the strike — to treat it as sacred turf, in the same way, that countries at odds will still compete together at the Olympics. The assembly is a moment of shared purpose. The welfare of patients should trump even a major disagreement among Sharp’s players.

Did this transformation happen in a day at the convention center? Hardly. It took many years and the efforts of thousands of people. But the All-Staff Assembly was the first defining moment of the change.

Chip Heath and Dan Health are the authors of The Power of Moments: Why Certain Experiences Have Extraordinary Impact. 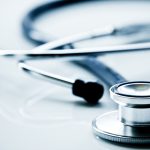 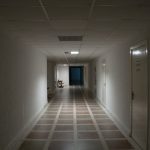